It wasn’t sanitation that spread the disease.
Image 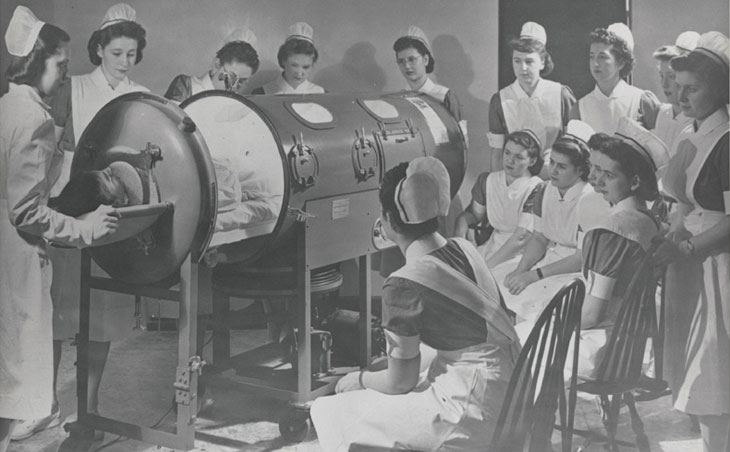 "Instructing nurses on the use of respirator for a polio patient."

General Records of the Department of Labor, National Archives