Did Life Begin In A Drop of Water?

The first hefty organic molecules may have formed within tiny droplets.
Image 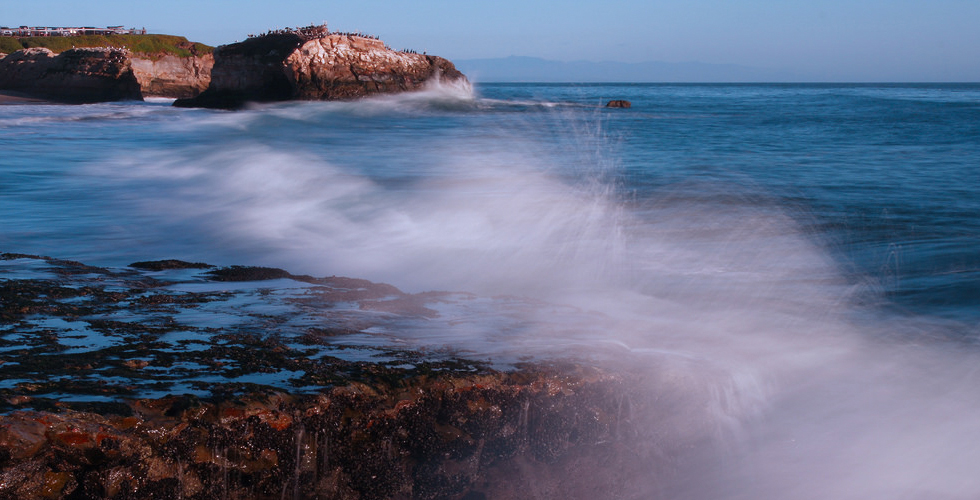 (ISNS) – Small molecules are normally slow to combine into larger ones. But in that case, how did big organic molecules, which make up life on Earth, first form? The answer might lie in a tiny aerosol droplet, an environment where this type of chemical reaction occurs much more quickly.

Creating a single large molecule is like putting together a jigsaw puzzle. If you shake the puzzle out onto the floor, you can expect the pieces to fall into a disordered jumble, not into their correct positions. To put the puzzle together, you must spend time and energy increasing the order of the system.

Likewise, when a cell in your body makes a complex molecule such as DNA, it must use up energy in the assembly process. But before life had evolved, there was no cellular machinery to build these ordered molecules. So how did they form?

"You need to find a mechanism where energy has been provided for these molecules to form the bigger one necessary for the origin of life," said Sylvain Ladame, of Imperial College London.

Ladame and his collaborators from France, Germany, and Massachusetts may have found that mechanism inside a tiny droplet. As they describe in a new research paper in Physical Review Letters,  chemical reactions where two molecules combine to form a new one run much more quickly in this confined environment.

To measure the speed of a reaction, researchers chose one that's easy to monitor: the formation of a fluorescent molecule from two non-fluorescent ones. First, the team mixed the smaller molecules in water. Then, they used the precise channels on a microchip to combine the water with oil, creating oil-coated droplets whose size depended on the width of the channel, ranging from 8 microns -- that's 8 millionths of a meter, roughly the size of a human blood cell -- to 34 microns wide.

By measuring the increase in fluorescence, the researchers could see how fast the reaction was progressing. And they saw the glowing molecule formed much more quickly and efficiently in droplets than it did in a larger reservoir of water. The smaller the droplet, the faster the reaction occurred.

That's because in comparison with their volume, small droplets have a much larger surface. "At the interface of a droplet, you could basically consider that you have a kind of two dimensional plane," explained Ladame. "In two dimensions, the likelihood of two molecules meeting is much higher."

As the droplets shrink, the surface area grows in relation to the volume. This pulls the tug-of-war in favor of the formation of the large fluorescent molecule, and speeds up the reaction.

"This one example shows in detail how this chemistry is more favorable at the surface of these droplets, and therefore depends on droplet radius," said Veronica Vaida, of the University of Colorado Boulder.

Vaida, who was not involved with the new paper, researches atmospheric aerosols, the tiny drops of water that form at the surface of the ocean. Combined, these aerosols have a greater surface area than the ocean, and they tend to carry a variety of organic molecules.

Because the naturally occurring aerosols are clearly friendly to organic molecules, Vaida and her collaborators previously suggested they could have nurtured the earliest building blocks of life. The new research, although it looked at a different type of droplet, still provides an explanation for how ancient aerosols could have stimulated molecular growth on the young Earth.

Vaida has found other clues suggesting droplets' large surface area was key to the development of life. She observed peptide bonds, which help hold proteins together, forming at the surface between water and air.

Beyond the search for life's origins, aerosol droplets could also lead to the creation of new compounds. The researchers suggest molecules that are normally difficult to manufacture could be grown in droplets, then extracted.

As Vaida put it, "The surface of these drops is a very special place."