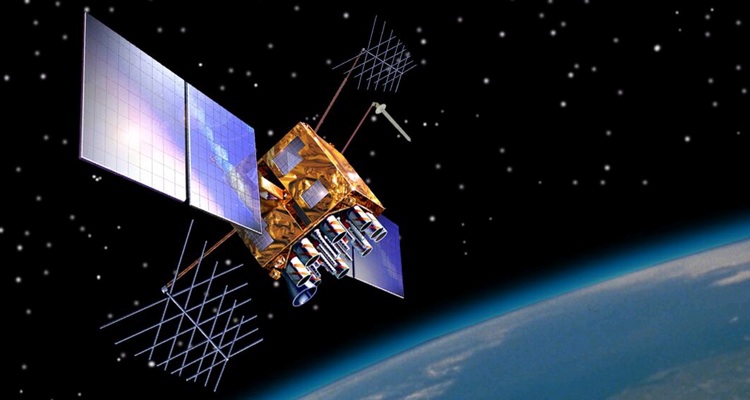 (Inside Science) -- A proposed network of clocks with synchronized atoms at their hearts could be more accurate and more stable than current timekeepers, scientists say.

The proposed atomic-clock network, detailed in the current issue of Nature Physics, would exploit the curious phenomenon of quantum entanglement, whereby the properties of two or more particles can become linked and instantaneously influence one another no matter how far apart they are.

If applied to clocks, quantum entanglement – a property of nature that is still not completely understood, and which Albert Einstein once famously called "spooky action at a distance" – could lead to new technological and scientific advances, said the paper's first author Péter Kómár, a physicist at Harvard University in Cambridge, Massachusetts.

"For example, Einstein's general theory of relativity tells us that time will pass slower for something that is closer to the Earth," Kómár said, because of our planet's mass. "If we can measure this [temporal difference], we could gain very precise information about the distribution of mass near that location, and this could have applications for measuring the size and shape of the Earth."

In the entangled clock network proposed by Kómár's and his team, at least one atom in the core of each timepiece would have properties that are connected through quantum entanglement with the properties of atoms in other clocks in the network. Each timekeeping atom would oscillate between two different modes, with each mode corresponding to an electron in a different energy state. When the electron switches back and forth between these two states, it would emit a very precise frequency of energy.

"That frequency is very stable, and that’s what we use as the primary oscillator"–or timekeeping element–"of the clock," Kómár said. Because the atoms at the hearts of these clocks are entangled, they behave as a single quantum state -- even if they are separated by large distances.

If the quantum clocks are distributed around the Earth on satellites, they could maintain and synchronize time standards across multiple time zones in real time, scientists said. In the current setup, global timekeeping is based on Universal Coordinated Time, or UTC. UTC uses a global network of microwave clocks that communicate with one another using GPS clocks as a mediator. Microwave clocks in each country synchronize their time using a GPS time signal and then email their results to the International Bureau of Weights and Measures in France. Each month, UTC is inferred from these results.

"The utilization of quantum entanglement is fundamentally different than the technology used for UTC," said Travis Nicholson, a researcher at JILA, a joint physics institute of the University of Colorado Boulder and the National Institute of Standards and Technology.

"The network uses the strange phenomenon of quantum entanglement to both improve the performance of individual clocks and to yield a new kind of global coordinated timekeeping," said Nicholson, who was not involved in the study. "What makes entanglement so bizarre is that entangled particles separated by large distances affect one another instantaneously, regardless of how far apart they are from one another."

Nicholson called the new atomic clock proposal a "highly innovative approach" to timekeeping. "The successful construction of an entangled clock network would be transformational to timekeeping and technology around the Earth," he added.

For example, because the atoms used in an entangled clock network would be synchronized with one another, GPS clocks would no longer be necessary for keeping accurate time. Data from GPS clocks can be noisy, Nicholson said, “and their instabilities represent one of the biggest limitations to improving UTC. The entangled network elegantly deals with this problem."

Furthermore, when a new timepiece is added to an entangled clock network, its stability would improve, and this in turn would improve the stability of the network as a whole.

"This is a peculiar consequence of the entanglement in the network," Nicholson said. "If I build a clock in America, and my collaborators build a clock in Germany, common sense would dictate that the performance of each clock doesn’t depend on the other…yet, oddly, as soon as these two clocks are entangled, their performance improves."