Finding a cheaper way to win in baseball brought imitators, a popular book and a major motion picture.
Image 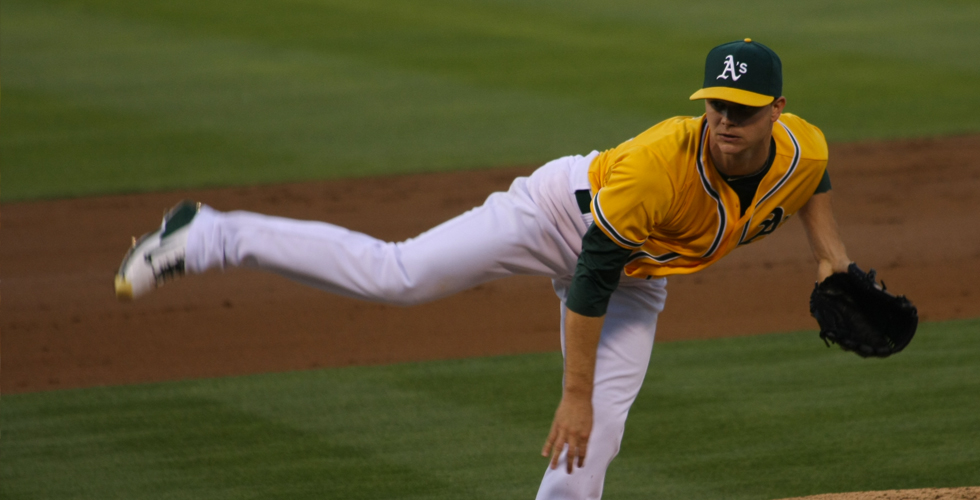 Scott U via Wikimedia Commons

(Inside Science) -- The new movie "Moneyball" stars Brad Pitt as the general manager of a Major League Baseball team who is compelled to find a new way to put together a winning team because of his shoestring budget.

Based on the 2003 book by Michael Lewis, "Moneyball: The Art of Winning an Unfair Game," the film follows Pitt’s character Billy Beane, the Oakland Athletics general manager challenged to field a squad despite his team’s limited resources. The book discusses the strategies employed by Beane and Oakland's staff and shows that the team acted on a long-established discrepancy between the player attributes many front offices focused on and the attributes that could most help teams win.

Although the A's never won a championship in this era, Oakland did overcome their payroll disadvantage to make the playoffs each year from 2000-03 at a time when writers, fans, and even the commissioner of the league were all lamenting the inability of smaller-market teams to compete with the big-budget "boogeymen" teams such as the New York Yankees and Boston Red Sox.

The statistical analysis used as the basis for Oakland’s decision making was not all original. Much of it was drawn from work by baseball statistician Bill James and others that began at least two decades earlier. This research reexamined the game down to its foundation in an attempt to quantify the true value of the skills that lead to winning in baseball.

The real stars of the book are math -- and those who had the audacity of using it as the basis for baseball decisions.

"For many, many years everybody in the management of a baseball team came from the same group of people," said Michael Fry, a professor of operations and business analytics at the University of Cincinnati. "That promoted a lot of similar types of thinking."

Baseball's obsession with numbers notwithstanding, for decades management left unexamined the idea that perhaps they were not bidding on players based on the best numbers. Oakland found that hitters who walked frequently were inefficiently rewarded -- meaning that they earned less money than they were worth considering what they contributed to winning. This left a pool of players systematically undervalued by baseball teams. Oakland identified them by focusing on a statistic called on-base percentage, which is essentially a hitter's success rate at getting on base.

"The skill of just getting on base and avoiding an out is really important in terms of a team being able to score runs and win," said Raymond Sauer, a professor of economics at Clemson University in South Carolina.

Oakland put a lower premium on qualities such as pure athleticism, batting average, and home run power. They ignored strategies that gave away outs, including sacrifice bunts and stolen-base attempts.

In the late 1990s, Oakland began exploiting this difference to build an offense that scored more runs and helped the team win more games. This provided them with a considerable, but temporary, advantage.

"The surprising thing to me is that it took so long for the innovation to be built into a strategy and exposed," said Sauer. He and Jahn Karl Hakes, an economics professor at Albion College in Michigan, wrote two papers examining the baseball labor market before and after the era of "Moneyball."

The pair found that on-base percentage was under-rewarded all the way back to the 1980s. For some years they found no statistically significant connection between a player's salary and his ability to get on base.

"Were the prices really that out of whack? The answer that I found was, yeah, they were," said Sauer. "Every year [on-base percentage] is robustly, strongly correlated to team winning,"

But very soon after Oakland began using the strategy the rest of baseball had recognized what was happening.

"The minute other teams learn what your strategies are, they adapt and your strategies then become less successful, less attractive," said James Cochran, a professor of quantitative methods at Louisiana Tech University, in Ruston. "It's no different than the stock market."

When rich teams like the Boston Red Sox began adapting similar methods to Oakland, it drove up the price of the previously undervalued players, wiping out the advantage the A's had enjoyed. Oakland hasn't had a winning season since their last playoff appearance in 2006.

Opinions differ as to whether the book properly highlighted the contributions of Oakland's standout starting pitchers during this era -- especially Tim Hudson, Mark Mulder, and Barry Zito.

"I think the book may have not given enough weight to the pitchers," said Sauer. "But everybody knows that if you have a bunch of good pitchers, you're going to win baseball games. That's not news."

"They definitely had an advantage even above the three pitchers they had," said Fry.

Although the book only touches on strategies to identify value in other parts of the game, Oakland might have identified new market inefficiencies. In 2010 they allowed the fewest runs in their league. Despite that, they finished 81-81.

"I don't see [defense] as being enough to take a bottom payroll team to the top like focusing on on-base percentage did for the Oakland A's," said Sauer. "There will be something out there in some sport that somebody figures out; I just don't know what it is offhand."

The success of the movie "Moneyball" may determine if that as-yet-to-be identified story also becomes a film.