The 2009 Nobel Prize for physics was awarded to scientists that produced high-speed optical links and technology used in digital cameras.
Image 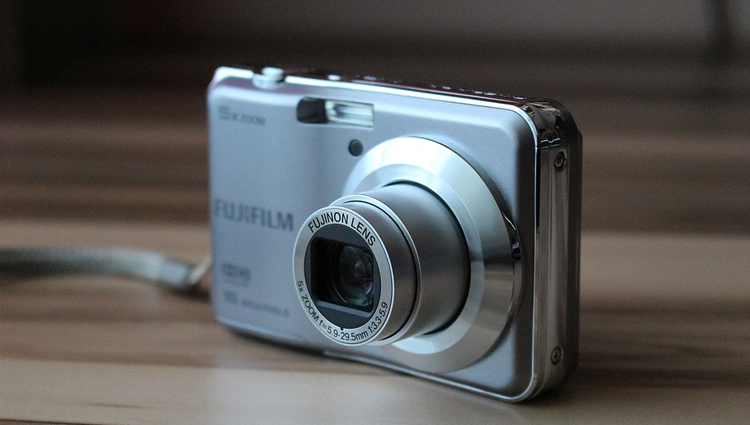 WASHINGTON -- Anyone who has ever sent an email with a picture to a friend has this year's physics Nobel Prize winners to thank. Two U.S. scientists received the prize for inventing charged-coupled devices, the technology that underlies every digital camera. They shared the award with a Chinese-British scientist whose research with high-speed optical fiber made today's high-speed Internet possible.

The U.S. scientists, Willard Boyle and George Smith, worked at Bell Labs in Murray Hill, N.J. before retiring. Their invention of the CCD sensors enabled the creation of cheap, reliable digital cameras. CCD technology is also used in cell phone cameras and in most of the high-end telescopes like as the Hubble Space Telescope for viewing the universe.

While at the Standard Telecommunication Laboratories in the U.K., Charles Kao learned how to reduce impurities in narrow glass fiber allowing signals to travel much farther than before. This led to the development of the fiber optic cables that cross oceans and transmit countless bits of information per second.

"What Kao did was really open the floodgates of development," said Jeff Hecht, author of "City of Light: The Story of Fiber Optics."

In the 1960s, scientists were trying to transmit light along glass fibers. Kao's calculations showed that if really pure glass were used -- a kind that didn’t even exist when he worked on the problem -- a pulse of light could travel five times farther than it would through ordinary glass. Kao worked for a company that was part of the British postal service, which had expanded to incorporate telegraph and then telephone wires. The postal service bureaucrats didn’t know what to do with money budgeted specifically for science and technology developments, Hecht said. Kao and others did. They spent it on advancing fiber optics.

Kao convinced others to develop a formula for glass that was pure enough to transmit the light pulse through the middle of the strand, rather than along the surface. He worked with scientists at what was known then as Corning Glass Works to develop purer glass not by simply trying to remove the impurities from ordinary glass, but by heating the main component of glass to super-high temperatures.

"Corning chose to take the road less traveled for that technology, and that really opened the floodgates," said Hecht.

That flood has become a tidal wave of technology today: 186,000 miles of fiber optic cables line the sea floor between the continents, connecting 60 countries and carrying most of the Internet communications we use today. Fiber optic cables connect house to house and city to city.

Digital Images a Cornerstone of Science and Daily Communications

The other half of the physics Nobel Prize goes to a technology that advanced the science of digital imaging. The basic principle of imaging is to turn light energy into electrical energy or into a fixed pattern on a piece of film. For a variety of reasons, it is useful to capture images in digital form: digital images can be sent over the Internet and more easily stored and manipulated.

Boyle and Smith built a sensor that allowed the creation of digital images quickly and cheaply. Previously light signals could be turned into electrical pulses that could be transmitted and stored -- enabling early TV technologies. But the Bell Labs device, later called a charge-coupled device, improved the early technology's capacity (squeezing more picture elements, or "pixels," into the light-sensitive part of the sensor), and speed. Boyle and Smith developed a way to read out all the pixels in order, creating a tidy digital stream of data suitable for broadcasting or computer manipulation.

The result was the digital camera. Consumers love the convenience and low cost of digital cameras and cell phone imagers, and scientists love the versatility and sensitivity of CCD-based equipment.

Perhaps the most spectacular scientific applications of CCD technology have been seen in astronomy, where cumbersome film sheets have been replaced by compact electronic cameras. The data captured in this way can be processed in creative ways. If you scan a portion of the sky two nights in a row, you can subtract the light levels for all sectors of the sky from one night to the next. The difference in the data gives you a quick look at new things that weren’t there before, such as an exploding star (a supernova) or a comet.

About 20 years ago astronomer Larry Smarr, now at UC San Diego, predicted that astronomy would become the first all-digital science. And, thanks largely to the device that Boyle and Smith built, he was right.

1876 -- The first phone call is made by Alexander Graham Bell.

1909 -- The Nobel Prize in physics is shared by G. Marconi, the father of radio, for contributions made to wireless telegraphy.

1910s -- The Titanic sends out radio signals when it collides with an iceberg. Seven hundred lives are saved, and governments begin to mandate the use of wireless communications.

1930s -- The Communications Act is passed, creating the FCC and legislating that phone service to be provided at a reasonable cost. The first regular television broadcasts take place.

1960 -- Theodore Maiman builds a working laser with a ruby crystal.

1960s -- NASA and Bell Labs launch the first commercial communications satellite. DARPA begins work on what will become the Internet. The first operational lasers are developed. Neil Armstrong's first words from the moon are relayed via radio.

1969 -- DOD commissions construction of the physical network for ARPANET and the first host-to-host message is sent.

1980s -- Development of the World Wide Web (WWW) begins and ultimately transforms into the Internet. Faxes can be sent over regular phone lines. Cordless and cellular phones are developed.

1988 -- First optical cable laid at the bottom of the Atlantic Ocean.

2009 -- Nobel Prize awarded to Charles Kao of Standard Telecommunication Laboratories in Harlow, UK and the Chinese University of Hong Kong

Optical fiber is tough -- it starts to lose structural integrity at 100,000 pounds per square inch.

186,000 miles of optical fiber cable sits at the bottom of the world's oceans, connecting 60 countries.

The total length of optical fiber on the surface of the planet totals over 1 billion kilometers and could encircle the Earth 25,000 times.

The current speed record for data sent over an optical fiber is 100 petabits per second per kilometer, the equivalent of sending 700 DVDs per second from Paris to Chicago.

The U.S. company Corning, a glass manufacturer, is the largest producer of optical fiber in the world.

Every major telescope in the world uses a CCD chip, including Hubble with three wide-field chips and one high-resolution planet imager.

The fastest CCD video cameras can take 100,000 pictures per second.

The CCD makes use of a discovery that received the Nobel Prize back in 1921 -- Albert Einstein's photoelectric effect.