The era of great private industry when laboratories conducted long-term research in the physical sciences faded in the 1980s.
Image 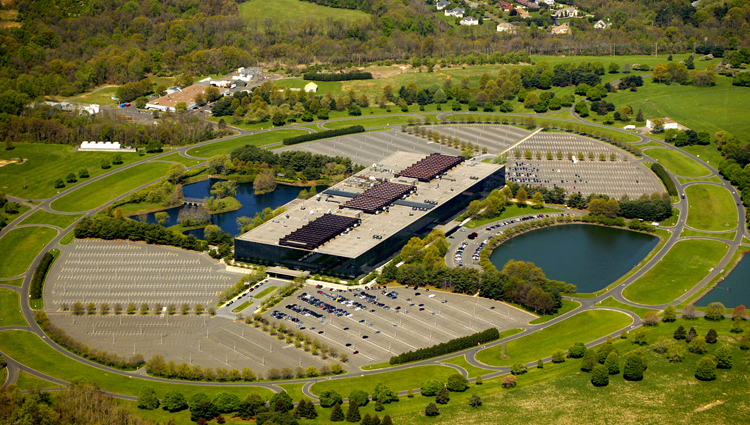 "Score another one for Bell Labs," Brinkman said, referring to the just-announced winners of the 2009 Nobel Prize in Physics. Two of three winners of the 2009 prize did their research in 1969 at Bell Labs, the research arm of the then giant telephone monopoly AT&T. That brings to 13 the number of Bell Labs scientists who have won a share of the seven Nobel Prizes for work done at what was once considered the preeminent research lab in the world.

Bell Labs, in Murray Hill, N.J. still exists as part of the French-based Alcatel-Lucent telecommunications company, but it is no longer the hotbed of basic research in the physical sciences where researchers worked for decades on projects that often produced great science, but not necessarily products, for the parent company. "You're reaching pretty far back for those," Anderson said of the 2009 Nobel Prize winners.

The era of great private industry when laboratories such as Bell Labs, Xerox Park, IBM Research, General Electric, and Westinghouse conducting long-term basic research in the physical sciences faded in the 1980s. The 1982 breakup of AT&T into smaller, competitive companies, changes in the tax codes, growing international competition, and demands by investors for short term profits all combined to end the most scientifically creative period for the private labs, according to a number of experts familiar with the old research system. By the end of the 1980s, companies were changing their business models and the basic research labs were increasingly seen as unnecessary.

There were three factors that allowed the labs to flourish, said physicist Mike Lubell, director of public affairs for the D.C. office of the American Physical Society. "They were monopolies or quasi-monopolies, they did their research in house from beginning to end, and they functioned in an era when the U.S. had the lion's share of resources both in money and people," he said.

When businesses were monopolies they could invest in long-term research safe in the knowledge that "you would eventually benefit from it," said Marc Brodsky, executive director emeritus of the American Institute of Physics. "It was long term, but you knew that you could use it."

"None of those conditions exist anymore," Lubell said. "There are no monopolies, businesses now run on a horizontal structure where they get technology from other companies, and there is tremendous worldwide competition."

Cherry Murray, Dean of Harvard University's School of Engineering and Applied Sciences in Cambridge, Mass., noted that while private industry still invests heavily in basic research, it is primarily in biosciences and drug development. "For the physical sciences, the industry is more interested in short-term research than it used to be," she said. Driven by balance sheets and investors on the stock market, she said, "the big play is in near-term gains," and that doesn't fit the old model of investment in long-term investment in basic research in the physical sciences.

Murray noted that basic research in the physical sciences has taken a hit. In fact, the amount of money spent each year on research and development in the U.S. is enormous -- $340 billion in 2006 alone according to the National Science Foundation. Private industry provides (and spends) the bulk of that money. In 2006, businesses spent $223 billion of their own funds and another $23 billion in federal money.

Research funding has not always been dominated by private industry. Back in the 1950s and 1960s, the U.S. government was the single largest source of funding for all types of research and development, including money spent by private industry. The federal portion of the research pie peaked in 1964, however, when taxpayer dollars accounted for some 64 percent of national R&D funding, and for the most part, its portion has gone down ever since.

In 1979, the government's share of R&D funding fell below 50 percent of the total, and today it hovers at just under 30 percent. Industry dollars have risen over the same period, and today about two-thirds of every R&D dollar comes from the business sector.

The largest share of these expenditures, however, go towards the development of new goods and services and to applied rather than basic research. Even though private industry spends more money on research in total, most basic research today is being done in places outside of industry -- mostly at universities.

American universities consume close to $50 billion a year on research of all types -- about a fifth of what businesses spend. When it comes to basic research, however, universities account for more than half of all dollars spent. And for the most part, basic research is still largely funded by the federal government, which provided 59 percent of such funding in 2006, according to a 2008 report by the National Science Board. The same 2008 report found that the number of papers published in peer-reviewed science journals with at least one author from private industry declined between 1988 and 2005. This was especially true in physics.

Overall, industry authors published fewer than a third as many basic physics articles in 1988 as they did in 2005. In 1988, about 10 percent of all basic research articles in physics were written by authors from private industry. By 2005, less than 3 percent were.

So if the old era of labs is long past and industry research money isn't going to basic physical science, what is the model for the future? Many of the observers from the science community think such research must come from a blend of funding from the federal government, universities, and consortiums of businesses and non-profit organizations. "There have to be collaborations," said physicist Charles Duke, a former Xerox Company executive. "There have to be collaborations across company lines and across country lines."

And while federal funding for university research laboratories and universities is critical to keeping basic research going in the U.S., most of the observers from the science community said it needs to be connected with the real world of the marketplace. Even at Bell Labs during its heyday, there were bosses at AT&T keeping track of the work, Cardillo said.

The comparisons between "then and now" in how basic research funding in the physical sciences worked are nearly impossible to make because the circumstances are so different. "The international competition is so much greater," Lubell said.

And that competition, Duke said, means the U.S. is "losing its competitive advantage," with science in Europe, China and India challenging the historic U.S. technological advantage.