Why your skill at recognizing others may be a special ability hardwired into your DNA.
Image 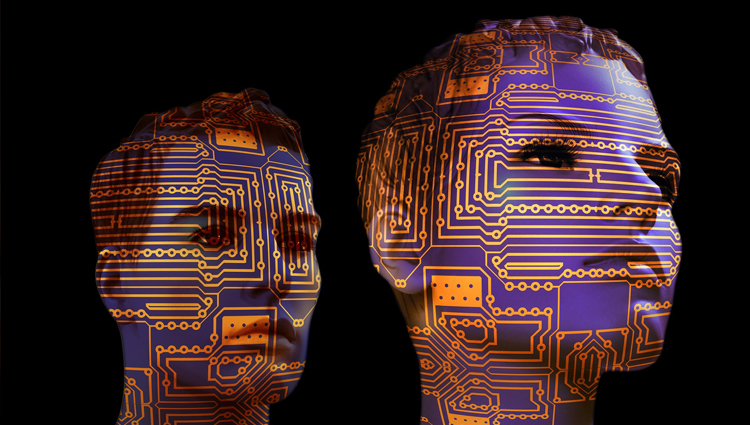 (Inside Science) -- Unlike most of us, neuroscientist Michael McCloskey finds it more difficult to remember a face than a name. He is "face blind," unable to tell apart the students taking his classes at Johns Hopkins University in Baltimore or the colleagues he has worked with for decades. One to two percent of the population suffers from this condition, called prosopagnosia, which adds an extra awkwardness to social situations but does not affect intelligence or general memory.

"Super-recognizers," on the other hand, are so good at recognizing others that some claim to have never forgotten a face. Last year, researchers tracked down four people who could recall the features of complete strangers -- months or years after a casual encounter. One woman spotted a waitress who once served her five years later on the streets of another city; another recalled months later the face of shopper who walked by without a word.

Some of us are just better at recognizing faces than others, whether in these extreme cases or for the rest of us who fall somewhere in between. New research suggests that we may have  evolved the ability to say "hey, I've seen you before" separately from how well we remember names, telephone numbers and other things that do not come equipped with eyes and mouth.

Jeremy Wilmer, a psychologist at Wellesley College in Mass., challenged 578 women to memorize photographs of several faces and to then pick the same faces out of increasingly difficult lineups. Some could point to the correct face in a crowd of strangers nearly a hundred percent of the time; others did no better than chance. In either case, though, the ability to spot a familiar face did not strongly predict how well they could memorize and recognize abstract pictures or words.

But there's a second twist to the study: all of the participants were twins, and identical twins (who begin life as one fertilized egg) seemed almost telepathically connected. If one identical twin was particularly good (or bad) at recognizing faces, chances are that her sister was too. This connection was far weaker for fraternal twin sisters, born from two separate fertilized eggs that grew in the same womb.

Twin studies are especially useful to help scientists see the effects of genes because the lives of fraternal twins are very similar to the lives of identical twins. Both sets of twins develop together inside the same womb. And twins in both sets experience more or less the same environments as grow up.

The main difference between identical and fraternal twins is that identical twins share nearly 99 percent of their DNA, while fraternal twin sisters only share about half. Explaining the look-alike twins' uncanny similarity in recognizing faces, then, is a matter of looking at their nearly-identical genes.

These genes seem to influence the ability to recognize faces -- not only in twins, but presumably in all of us.

"We found evidence that on average, upwards of 75 percent of the differences between your face recognition ability and that of the next person are due to the genes you inherited from your parents," said Wilmer, whose research strengthens a similar finding published last month by scientists in China and a brain imaging study that showed similar activity in the brains of identical twins looking at faces.

That face recognition is connected to our DNA is not entirely surprising. General intelligence and other mental abilities such as spoken language and reading have been known for years to be connected to our genes.

"If you ask how much of our cognitive ability is influenced by genetics, the answer is everything," said Robert Plomin, a behavioral geneticist at the Institute of Psychology in London.

The difficulty often lies in trying to identify individual genes that have a big influence.

"We don't really know where to start looking," said Bradley Duchaine of University College London, who collaborated with Wilmer on the new research paper that appeared in the Proceedings of the National Academy of Science.

Plomin searched through the DNA of 7,000 7-year-olds two years ago looking for small differences that might predict their performance on IQ tests. Out of the hundreds of genes he checked, though, even the six genes he identified as most closely connected to high or low IQ each accounted for less than one percent of the differences in test scores.

To complicate things further, the genes that Duchaine and Wilmer are looking for -- the ones make some people better at recognizing faces than others -- might not even be the same genes that allow us to recognize faces in the first place.

"A spark plug may make a car run, but to say that a spark plug is what makes my friend's BMW go faster than my old beater, that's crazy," said Plomin.

Doris Tsao, a neuroscientist at the California Institute of Technology in Pasadena, also was not surprised by the connection between face recognition and genes, though she remarked that the connection was unusually strong.

"We know that babies like to look at faces from the time they are born, and also monkeys as well," said Tsao. "You might suggest that they have some kind of natural disposition for faces and predict there is some kind of genetic basis for this."

Our brains, it turns out, are hardwired with a special fondness for faces. Scientists like Tsao have identified a pea-sized chunk of neurons called the "fusiform face area". Like a digital camera with a face recognition option, this region of the visual cortex is specialized to react to faces in the information sent to the brain by the eyes.

But this chunk of brain matter is only a small part of the process of facial recognition, which is still poorly-understood. Somehow this tiny region in the brain passes the faces we see along to other parts of the brain which store memories. The memories must then be recalled by some now-mysterious process.

Studies of how the brain develops tell us that the ability to recognize faces cannot be entirely genetic; environment still plays an important role.

Babies born with cataracts have trouble recognizing faces later twenty or thirty years later -- even if their eyes were fixed during their first year. The developing brain requires repeated exposure to faces early on.

The influence of environment also explains why Caucasians tend to have greater difficulty telling apart East Asians than other Caucasians -- and vice-versa. Our brains specialize to be extra-sensitive to the different features that we commonly see in the group that we spend time with, an adaptation that could provide an evolutionary advantage in everyday social lives of a tribe.

This fine-tuning of our brain for certain kinds of faces even seems to be able to cross species. Laboratory monkeys regularly shown photographs of human beings are better able to tell human faces apart; human babies similarly exposed to monkey faces seem to be able to differentiate an unfamiliar primate from one that they have seen before.

Our brains can even be thrown off by things that we have seen a moment before looking at a face. “If you stare at a distorted, stretched face and then look at an average face, it will appear to be scrunched,” said Ducahine.

So the next time you bump in to an old friend at a party and feel bad about not recognizing him, there are a lot of things you can blame: your genes, your childhood, even the people you grew up with.