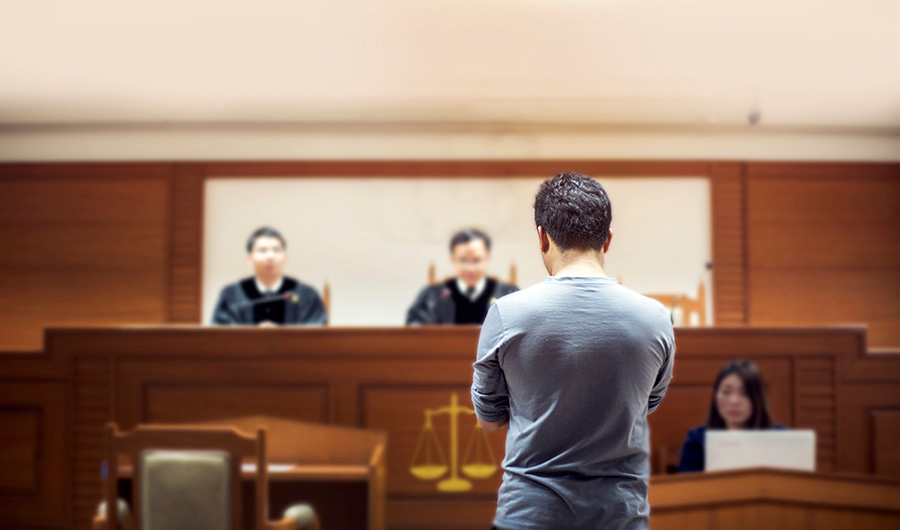 (Inside Science) – In the U.S. when a person reaches 18 years old, they enjoy new rights such as voting. They also shoulder new burdens, especially in the legal system. Federal and state law can treat an offender on his or her 18th birthday very differently than they would have the day before. But does developmental science agree that an 18-year-old can reason as an adult?

Contrary to the prevailing legal perspective, a person's brain and psychological abilities typically don't fully mature until around age 22, according to B.J. Casey, a psychologist at Yale University in New Haven, Connecticut, who presented her research probing the adolescent-adult transition at the Society for Neuroscience conference in San Diego last week. Considering that 18- to 21-year-olds are in many ways still adolescents who are becoming adults, she and other scientists argue that the legal system should account for that and avoid overly harsh punishments.

Brain development "extends beyond what we typically associate with adolescence based on legal definitions -- into the young adult period," Casey said.

The maximum age one can fall under the jurisdiction of juvenile court is 17 in all but five American states, where it's age 16. And in many states it's up to the prosecutor's discretion whether to go through the juvenile or adult court. Seemingly arbitrary age milestones apply in other contexts involving adult reasoning: The voting age and smoking age are 18 and the drinking age is 21, while the age you can get married without parental consent varies from state to state, as does the age at which girls can get an abortion or contraception, which is usually below 18.

Adolescents' cognitive abilities, which are important for decision-making, reach adult levels in their teenage years. But while "cognitive maturity seems to be attained by around the time people reach 16, emotional maturity is still ongoing past age 18 at least until age 22 or so," said Laurence Steinberg, a psychologist at Temple University in Philadelphia, describing his findings in an international study published earlier this year.

Even in their late teens and early 20s, people experience strong feelings of desire, anger and fear and contend with peer pressure. Yet unlike older adults, these emotional and social influences diminish a younger person's cognitive abilities and affect their judgment more, Steinberg and his colleagues found. That is, when a young adult is making decisions in social and emotional arousing situations -- which he calls "hot" cognition -- their judgment is more like that of juveniles, other research has shown.

Different signs of brain maturity point to a similar, later age as well. For example, brain imaging with MRI techniques shows that the prefrontal cortex, which moderates risk-taking, continues to develop through adolescence and into one's mid-20s. Connectivity patterns in one's brain become more distinct with age, like a fingerprint in the brain, but the process also continues into a person's 20s.

Scientists can roughly predict a person's age based on the uniqueness of this connectivity -- but the model fails and predicts lower ages when a person is experiencing strong feelings.

"Your brain maturity looks different under emotional versus neutral contexts and those differences are related to your risk preferences, at least in this young adult range," said Monica Rosenberg, a neuroscientist at Yale. Essentially, both positive and negative emotions influence a young adult to take more risks and behave like their teenage counterparts.

The legal system is starting to catch up with these scientific developments, which suggest a more nuanced view of the juvenile-adult boundary. The Supreme Court prohibited defendants under age 18 from being sentenced to the death penalty in 2005 and to life without parole in 2010, and in 2016, the Obama administration banned the practice of solitary confinement on juveniles in federal prisons. Courts dedicated to young adults have emerged in a few states, and Connecticut is testing a pilot program called TRUE of young adult correctional units focused on rehabilitation, inspired by a German prison facility. Massachusetts began a similar program this year.

Defense attorneys occasionally bring in neuroscience to argue that someone over 18 should be treated as a juvenile or that they should be given a more merciful sentence. But judges, whether or not they're sympathetic to the science, often feel bound by the 18-year-old cutoff, said Nita Farahany, a legal scholar at Duke University School of Law in Durham, North Carolina. "It's not about whether the evidence is persuasive; it's about what would be required as a policy or systemic change rather than changes in an individual court-by-court or case-by-case basis."

The latest neuroscience shows that there is no clear age at which one can instantly think and reason as an adult. But the transition to young adulthood certainly continues past age 18. At the conference, Casey urged scientists, parents and policymakers to recognize that brain development extends beyond age 18 and make accommodations accordingly.