Are Bounce Houses Too Hot To Play In?

It might be hotter than parents think inside a bounce house.
Image 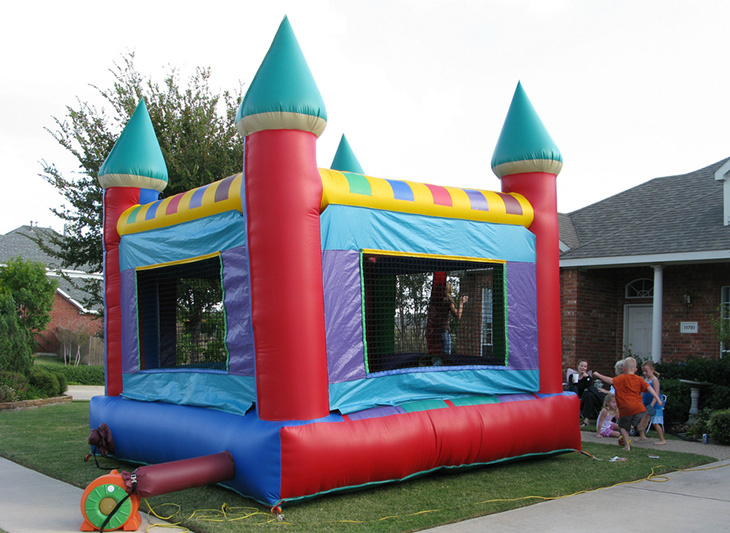 (Inside Science) -- Bounce house season is pretty much all summer long. Between festivals, carnivals and birthday parties, it never ends. Kids love them and so do their parents.

But are there risks beyond the occasional bump on the head? Is heat a hidden risk of playing in bounce houses? While kid's injuries from playing inside bounce houses may come as no surprise, Marshall Shepherd, a meteorologist at the University of Georgia in Athens, Georgia, discovered a serious extreme weather risk that parents might not be aware of.

"I was watching my son playing in a bounce house, and the temperature was about 92 or 93 degrees F outside," said Shepherd. "When he came out, he looked like he was on the verge of a heat stroke."

Shepherd and his colleagues conducted a small study over the course of two days in July in Georgia. They set up a bounce house and outfitted it with sensors on both the outside and inside, which reported air temperature and wind speed every two minutes. On each day the summer sun beat down, and the outside temperature measured greater than 90 degrees F.

Shepherd and his team found that at the hottest time of the day, the temperature difference between outside the bounce house and inside could vary between 8 and 10 degrees F. Further research needs to be done, but in the short term, Shepherd and his team recommend that parents limit the amount of time their kids spend inside the inflatable structures and make sure the kids drink plenty of water to stay hydrated. In the future, Shepherd would like to see bounce houses have more ventilation.

"We'd also like to learn more about how metabolic heat (from the kids jumping around) and perspiration increase the temperature inside the bounce house," said Shepherd. "We want to make parents aware of this risk and eventually this could lead to changes on bounce house policies and design."

So, if kids ask for another juice box at a bounce house party, it might not be just their sweet tooth talking.

Shepherd presented the research at the American Meteorological Society Meeting in New Orleans this week.