Gathering clues from the blood splatter patterns left behind at crime scenes.
Image 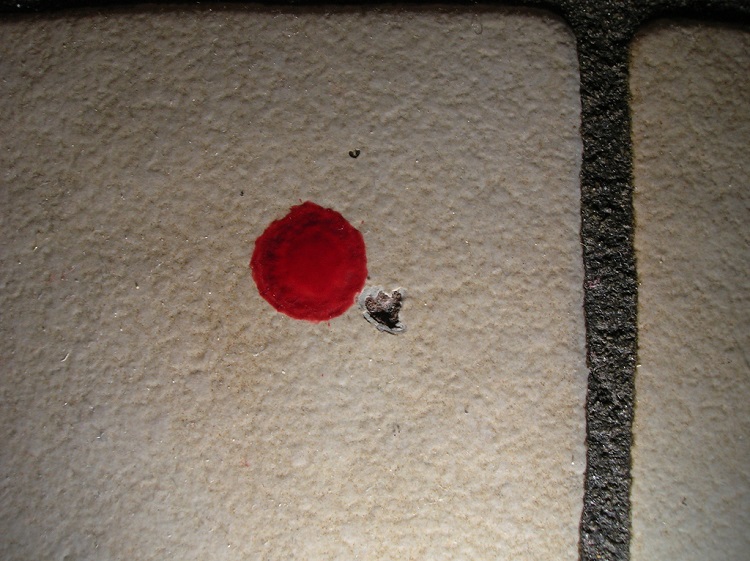 (Inside Science) -- In fictional television shows such as Dexter and CSI, patterns in blood splatters at the scene of crime can be counted on to lead investigators to the killer. In real life, they're a useful tool -- but an imperfect one.

Scientists who have spent their careers studying the behaviors of liquids are putting forensic techniques to the test. They're working to test the rigor of modern forensic science by improving our understanding of the secrets hidden in blood.

"There's been a huge amount of basic research done on droplets and sprays," said Sanjeev Chandra, an engineer at the University of Toronto who helps General Motors develop better ways to spray paint its cars. "A lot of the physics is exactly the same for blood."

In soon to be published research, Chandra and his team have revisited the techniques and software packages that forensic experts have developed over the years to reconstruct the origin of blood splatters. By testing this software scientifically on splatters of pig blood in the lab, they've shown that there is significant room for improvement in the models, which typically use straight lines to trace the path of blood droplets a surface back to their point of origin.

"They aren't very accurate," said Chandra. "They don't consider the effects of gravity on blood droplets. They ignore air drag, which can be very significant."

Calculating the speed at which drops of blood leave the body during an attack is an important measurement for blood pattern analysis. The physics behind the velocity and size of a blood drop gives investigators an idea of what kind of wound was inflicted.

A drop of blood falling from a cut finger, for instance, is a battle primarily between the force of surface tension, which keeps it stuck to the body, and gravity, which pulls it downwards. Solve the equations, and you'll find that a typical drop released this way has a volume of less than one percent of a teaspoon.

Blood released from a wound by a violent impact -- such as a bullet -- tends fly in even smaller drops. That's because the force of a bullet is much stronger than gravity and easily overcomes the surface tension, flinging tiny drops away at high speeds.

Forensic investigators look at the size of blood spots created on surfaces at the crime scenes to get an idea of the volume and velocity of blood drops produced by a wound. But this doesn't always provide a clear picture.

"Often, the same pattern can be produced in many ways," said Daniel Attinger, an expert in fluid dynamics at Columbia University in New York who is working with the Department of Justice to strengthen the scientific framework behind blood pattern analysis.

A large spot could be the result of a small drop moving very quickly that spreads out on impact, or a large drop that contains more liquid but hits the surface at a slower speed.

That's why Chandra and his group are taking a closer look at not only the size but the shape of blood spots. They're developing a new method for calculating the speed and volume of a drop of blood by measuring the tiny spines that extend from blood drops like the tentacles of an octopus.

In a paper published in 2005, they showed that counting these spines could help to differentiate different velocities. A forensic investigator asked to analyze a spatter of pig blood in the lab using this new method had "fairly reasonable success," said Chandra.

One limitation of this technique, though, is that a spot of blood must be well-preserved to maintain these spines. This depends on the surface: wood and drywall preserve these shapes, but glass and tile are too smooth.

Attinger is exploring another possibility: a handheld device that could scan a hardened drop in 3D to detect its thickness, which could be useful in calculating the volume.

He's also looking at what happens to a drop of blood as it dries.

Blood may be the thicker than coffee, but, like the caffeinated beverage, it too leaves a ring after the liquid has disappeared. It's a well-known effect that has been studied for decades in the field of fluid dynamics. The fluid at the edge of a drop sticks to the surface and, as liquid along the edge evaporates, a flow is created.

"If the perimeter is pinned in the sense that it cannot move, there will naturally be a flow from the center to the side," said Robert Deegan, a physicist at the University of Michigan in Ann Arbor.

In a drop of coffee, this flow carries oils, dyes and other dissolved substances outward, leaving them in a ring after all of the liquid has disappeared.

In blood, this flow pushes blood cells outwards, leaving behind a circular crust of dead cells.

Researchers in France have discovered that this pattern contains a wealth of information about the blood cells themselves. They're working on a new way of distinguishing the blood of a healthy person from that of someone with a blood disease based on how the two types dry.

Forensic scientists know this crust of blood cells as a mark that is difficult to remove from a surface. As it did for Shakespeare's Lady Macbeth, who lost her sanity trying to wash the blood from her hands after helping her husband kill the King of Scotland, the spot should resist being washed away -- potentially offering investigators another new tool.

"The more you wait, the more the blood cells accumulate at the periphery," said Attinger. "If [a suspect] says he came in after a day after the crime and wiped the blood off, and you don't find those ring patterns, then something is not right."

Attinger and his team hope to eventually create a pattern recognition system that could draw upon the science to automatically solve the physics of blood spatters with little human interference.

"We're trying to get rid of the subjectivity," Attinger said.