Experts debate the legal promise and pitfalls of technology for peering into people's minds.
Image 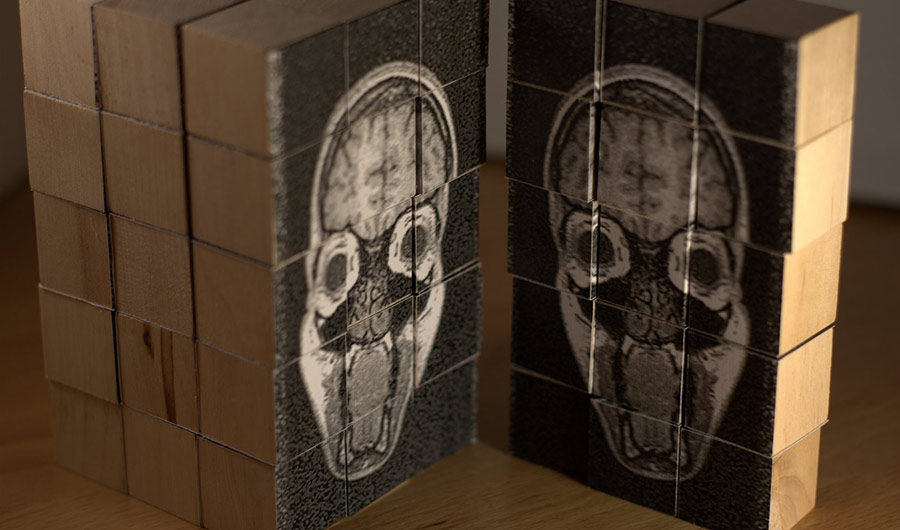 (Inside Science) -- One of the foundations of the U.S. legal system is the Bill of Rights, which enshrines the idea that there are certain individual liberties and inalienable freedoms that governments and the courts cannot infringe upon, including the freedom from self-incrimination, for example, and the right to a speedy trial by an impartial jury.

But as technology has brought new advances, such as fingerprint identification or DNA analysis, society has had to continually re-examine how such advances may be used or abused in legal proceedings. Today, the ability to scan the human brain and see inside people's minds is forcing society to evaluate how evidence from neuroscience should be used in a court of law and what protections may be needed to ensure it will not undermine a person's rights.

“We are not yet at the point of using brain scans in the courts, but there have been calls to do so,” said James Giordano, a neurologist and neuroethicist at Georgetown University. “And as neuroscience continues to advance, their viability may increase as well.”

And this has left Giordano with some concerns, which he and co-author Calvin Kraft discussed in a review published in the journal Frontiers in Neuroscience.

Because after all, what are your rights in a courtroom when it’s your own brain being used as evidence against you?

How to look inside a human mind

There are many different techniques a doctor or neuroscientist can use to examine the human brain, from placing nets of electrodes on a person’s scalp to having a patient lie underneath an MRI’s powerful electromagnets. Such scans routinely help doctors diagnose abnormalities such as tumors or strokes, but that’s not all they can do. One of the most interesting applications from a legal standpoint is using these scans to monitor the real-time activity of the brain itself.

Our brains are divided into many different regions that each control different things, such as movement, language or decision-making. By scanning for telltale signals like electrical activity or blood flow, researchers can make inferences about what a person is thinking or experiencing.

For instance, one particular technique that’s garnered a lot of attention is the hypothetical use of MRI scans to detect whether a person is telling the truth, effectively turning an MRI machine into an upgraded, and presumably more reliable, version of the polygraph "lie-detector" test. This could be a valuable tool for either prosecutors or the defense.

“Who uses it and how it is used is simply a case of leveraging the information,” said Giordano.

But the technology may be able to go even further someday. In 2011, scientists at the University of California, Berkeley were able to use an MRI machine to crudely reconstruct movies based on activity in a person’s visual cortex, suggesting that one day, similar technology could be used to record a person’s dreams or memories.

In his analysis, Giordano found there are still substantial hurdles for using neuroscientific evidence in court, and it may be some time before the fruits of such technologies are routinely admitted into evidence in trials.

But the prospect of a not-too-distant future in which technology could let us peer into a person’s mind led Giordano in his paper to call for more awareness and safeguards around how they might end up in the courtroom -- and how they might be used once they’re there.

While these techniques may seem like every prosecutor's dream, courts have actually been somewhat hesitant about accepting them as evidence due to their newness and lack of tested reliability. Where brain scans have made it into the courtroom, it’s largely been either as medical evidence or to argue for mitigating circumstances, such as an abnormality that affected a defendant’s behavior.

Daniel Langleben, a psychiatrist at the University of Pennsylvania who is studying MRI lie detection, thinks the technique, though interesting, would need more validation studies before it could see the inside of a courtroom. He compared the process to a drug company testing out a new medicine.

That said, there have already been attempts to bring MRI lie detection into courtrooms. In a 2012 case known as United States v. Semrau, the defense tried to include the results of an MRI scan to support their defendant’s truthfulness on the stand. In this particular case, the scan was not allowed, but as Giordano notes, the studies necessary to convince a judge might happen in the near future.

And because of how our legal system works, a single yes from a judge might set a far-reaching precedent.

“Once it's admitted, then the next court doesn't necessarily have to do all of that difficult analysis again,” said Francis Shen, a law professor at the University of Minnesota. “They can simply say, 'Hey, look at this previous case that admitted the same type of evidence. We might admit it too.’ So the stakes can be pretty high.”

Those stakes include Giordano’s concerns about rights and liberties.

The U.S. Constitution protects certain civil liberties, such as security against unreasonable search and seizure or being forced to bear witness against yourself. These liberties might seem intuitive, but with each new scientific advance, they must be re-examined and reinterpreted. These new interpretations can be important, because they could determine things like the need for consent.

Take the technique known as electroencephalography, or EEG, for example. EEGs use a wiglike cap of electrodes to record electrical activity in the brain. One of the signals EEG can detect is a well-known neurological response called the P300 wave, which shows up when we see or hear things that we recognize.

In the courtroom, P300 waves could, hypothetically, be used to determine if a witness or defendant recognizes certain people, places or things. If a P300 response showed up in a suspected bank robber when shown the getaway car, for instance, that might be incriminating.

But, would doing this test require the suspect’s consent? The answer to the question could hinge on what kind of evidence a judge decides the P300 wave would count as. Would that brain scan be considered physical evidence, like fingerprints or an X-ray? Or, because it’s based on information stored in the suspect’s brain, would it be more like testimony?

“If it's testimonial, there are a set of protections that apply. That is, you can't be forced to testify against yourself,” said Shen. The cops would need the suspect’s informed consent. “But if it's just physical evidence, you can't refuse to give your fingerprints.”

Though P300-based EEG tests have so far largely failed to break into courtrooms in the United States, other countries have shown interest. In June 2008, a judge in India cited a similar test as influencing their decision to convict a defendant for murder.

Or take the problem of privacy. Prior court decisions have said that, with regard to privacy and searches, it's unreasonable to demand that suspects undergo invasive procedures like surgeries. But taking DNA samples is fine. So which does a brain scan more resemble?

Furthermore, evidence used in a case can become part of the public record, even medical data that might otherwise be private or protected. It’s possible that brain scans presented as evidence in a courtroom could be used by employers, insurance agencies, or peers to discriminate against a tested individual. This has caused some experts to call for legal nondiscrimination protections similar to those already in place for genetic information -- a call Giordano supports.

“There needs to be that additional layer of protection,” said Giordano.

All this seems to leave us in a position where judges are being increasingly asked to determine the applicability, reliability, and civil liberties implications of brain scanning techniques. So what’s to be done?

In their review, Kraft and Giordano call on the legal and scientific communities to work with both the courts and the public to safeguard against misinformation and misuse. They highlight the need for better communication and education about the limitations and exact capabilities of current technology. They also cite possible proactive steps, such as when France stipulated in 2013 that brain scans can only be done with an individual’s informed consent.

So far brain scans in the courtroom are still mostly the purview of science fiction novels, but one day soon, that could change. If it does, Giordano, Kraft and countless other experts want us to be ready.