The cost to sequence the entire human genome drops to $4,400.
Image 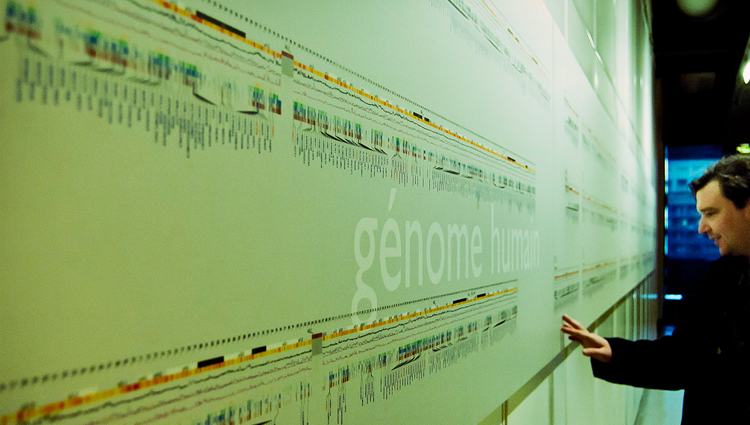 (Inside Science) -- The price of DNA sequencing has been steadily falling since the Human Genome Project finished deciphering a complete human genome for $2.7 billion in 2003. Complete Genomics, a biotech company in Mountain View, Calif., has now delivered on a promise it made in Feb. 2009 to read a human genome using materials that cost less than a used car -- around $4,400.

"We've ended up with a cost of sequencing that's ten times less than anyone else's," said Clifford Reid, president of Complete Genomics.

Reid credits two techniques -- described in the latest issue of the journal Science -- for the cost savings: the ability to pack DNA tightly together to use lower amounts of expensive chemicals and a new way of quickly reading the A's, G's, C's and T's that spell out our genetic code.

Like existing technologies, the new technique is not perfectly accurate. It makes about 30,000 mistakes as it reads through the 3 billion letters in the human genome. This error rate, not quite good enough for clinical applications in individual patients, is sufficient for scientists looking for genetic differences among large groups of people that might shed light on diseases such as cancer.

Between March and Sept., Complete Genomics sequenced the genomes of 14 people. The Institute for Systems Biology in Seattle, Wash., has hired the company to sequence 100 human genomes for a study of Huntington's disease.