The chips may be the smallest ever human-designed flying machines.
Image 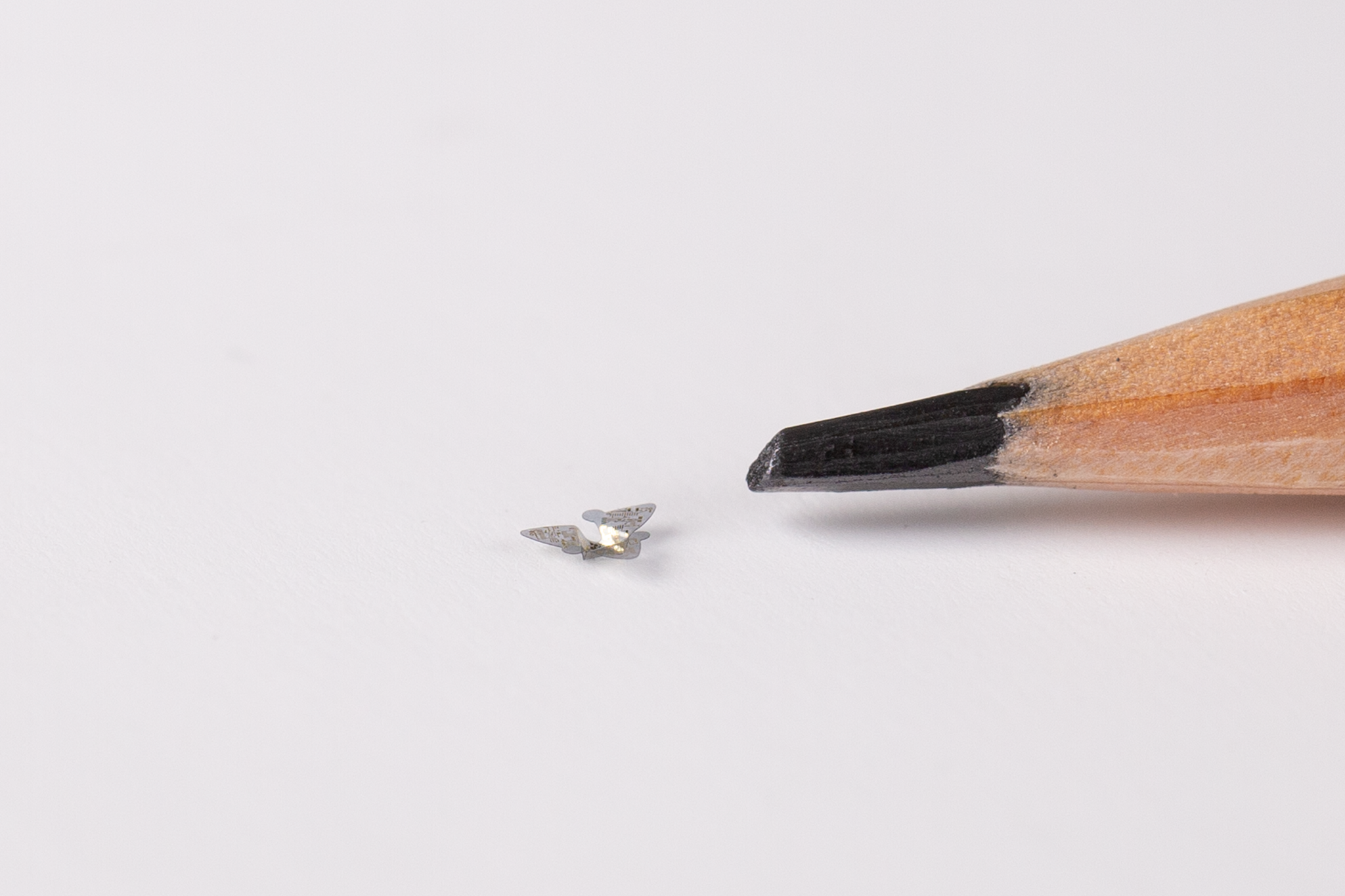 A 3D microflier next to a pencil tip for size comparison.

(Inside Science) -- Winged microchips each about the size of a grain of sand may be the smallest-ever artificial flying structures, devices that could one day help monitor air pollution and airborne disease.

The new chips, or "microfliers," are not equipped with motors or engines. Instead, much like a maple tree's propeller seed, they fly on the wind, twirling like helicopter blades through the air toward the ground.

By analyzing the aerodynamics of wind-dispersed seeds and modeling how air flows around these microfliers, the scientists pinpointed the ideal structures for slow, controlled flight. Their design helps ensure the microfliers disperse over a broad area and stay aloft for a long time to better monitor the air. "Our flight dynamics, in fact, exceed those observed in nature, and we can build structures with much smaller sizes, into the submillimeter length scale," said study co-senior author John Rogers, a materials scientist at Northwestern University in Evanston, Illinois.

More robot stories from Inside Science:

To fabricate the microchips, Rogers and his colleagues drew inspiration from children's pop-up books. They built the precursors of the devices as flat sheets and then bonded them onto a slightly stretched silicone rubber membrane. When the membrane relaxed, the devices buckled, causing the wings to pop up into precise 3D forms. The ability to manufacture 3D structures from 2D precursors allows the researchers to draw on the many advances made over the decades in the electronics industry, which have primarily involved flat designs.

The scientists could integrate a variety of electronics into the microchips, including circuits to detect airborne particles, sensors to monitor water quality, light detectors to measure sunlight, electronics to harvest and store energy from light, a CPU and memory, and an antenna to wirelessly transfer data to a smartphone, tablet or computer.

The researchers suggest that swarms of microfliers could get dropped from planes or buildings to monitor the environment, such as after chemical spills. They note they have spent a decade making transient electronics from materials that dissolve into environmentally benign products when exposed to water, so they can make these microchips break down after use without littering the environment.

The scientists are now developing microfliers inspired by other kinds of wind-dispersed seeds, Rogers said. These include dandelion parachutes, the gliding seeds of the Javan cucumber, and fluttering seeds from the empress tree. They detailed their findings this week in the journal Nature.