Defects in crystals may be useful for designing spintronic devices, which use the magnetic properties of electrons for processing information.
Image 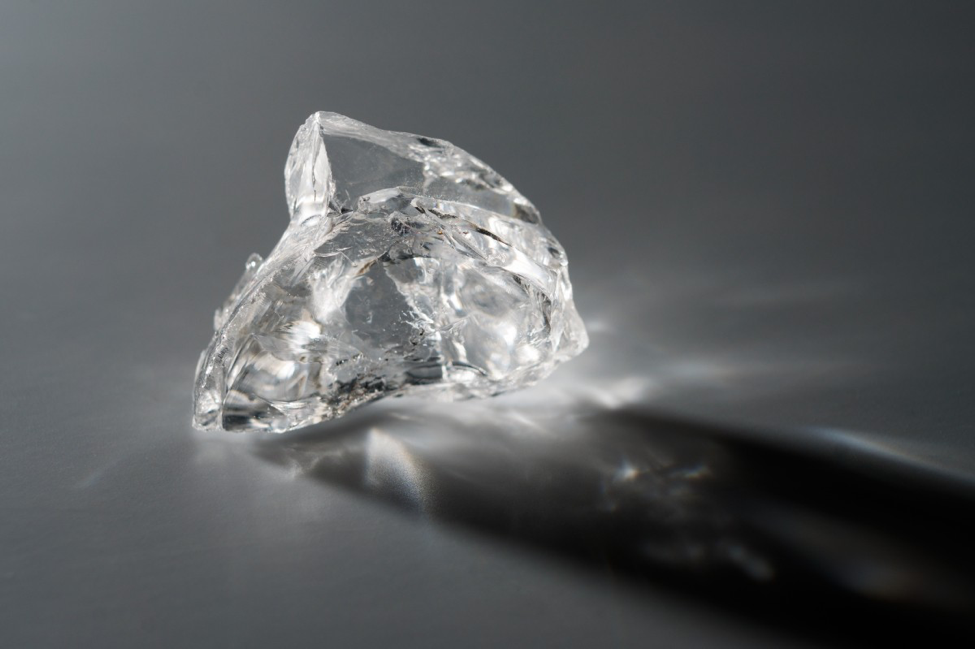 (Inside Science) -- Jewelers may disagree, but flaws in a crystal can be a good thing. Recently published research suggests that crystals with specific defects can be useful for making future computers more efficient.

Spin, like charge and mass, is a fundamental property of subatomic particles, and is what makes certain particles magnetic and others not. And spintronic devices, as the name suggests, are a relatively new class of devices that use the spins in addition to the charges of electrons to process information. Most familiar electronic devices, in contrast, utilize only the charges.

"The electronic devices we have now all operate based on the transfer of electrons, but when the charges move through the material they generate heat and dissipate energy, which is a problem," said Feng Liu, a materials scientist from the University of Utah in Salt Lake City and one of the authors of the new paper in the journal Physical Review Letters.

By also utilizing the spins, more information can be packed into every electron without having to increase overheads such as energy input or cooling requirements, so that computing devices can operate more efficiently than they are currently, according to Liu.

"For now, most of these imagined applications are still at the conceptual level, but scientists have already begun building prototypes," said Song Jin, a nanomaterials expert from the University of Wisconsin-Madison not involved in the study.

A spin current (top) can carry information through a material without relying on the movement of electrons (bottom).

"We call it 'spin relaxation' and information is lost when it happens," said Liu. "We want the coherence time to be as long as possible, so that when you inject a 'spin-up' it can stay as a 'spin-up' at least until the signal is processed."

In the recent paper, Liu and his team theorize that there may be a way we can help these spin currents to keep their shape better -- by making crystals with flaws.

Their calculations showed that, like the spiraling grooves inside a gumball machine that help steer the candy to a waiting child’s hands, spiral-shaped defects can help guide a spin current. This is thanks to a quantum effect known as spin-orbit interaction, which happens when an electron links up its spin direction to its physical movement. The spiraling defect serves as a sort of funnel for the spin-orbit coupled electrons, helping them to keep their spins consistent as they move through the material.

As a nice little bonus, their calculations also showed that the energy range of these spin-orbit coupled electrons is isolated from that of other electrons in these flawed crystals. This means that the signal carried by the spin currents will be easy to distinguish from the noisy signals produced by the other electrons, like a FM radio station isolated by its unique, designated frequency.

With these promising claims, it is now left to the crystal growers and experimentalists to put their predictions to the test by forming flawed crystals.

"These kinds of defects and dislocations are almost like the fact of life for growing crystals. I mean, they're everywhere," said Jin. "Having them controllably formed in materials will be a little bit harder, but it's not impossible."