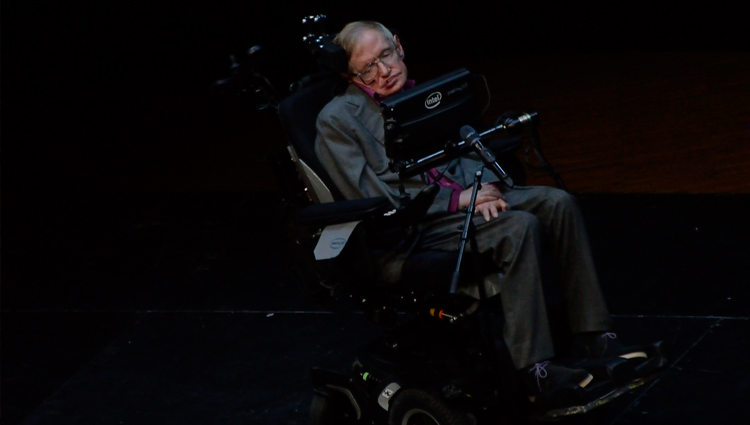 WASHINGTON (ISNS) -- Astronomer and long time science advocate Carl Sagan once said that he was "not very good at singing songs." But on Nov. 9 in Washington D.C., his voice could be heard singing about the wonders of universe -- 13 years after his death.
"A Glorious Dawn" is a new music video that features Sagan and astronomer Stephen Hawking. It was played during a meeting of The Planetary Society, a nonprofit organization founded by Sagan in 1980 to advocate for planetary exploration and the search for extraterrestrial life.
Composer John Boswell created the video by cutting together clips from the PBS documentaries "Cosmos" and "Stephen Hawking's Universe". Boswell added music, a beat and used Auto-Tune -- a program originally designed to correct the pitch of singers -- to tweak the pitch of each astronomer's voice and create a melody.
"The sky calls to us," Sagan sang at The Planetary Society event on the 75th anniversary of his birth. "If we do not destroy ourselves, we will one day venture to the stars."
Musician Jack White, founder of the rock group the White Stripes, also attended the meeting. His Nashville, Tenn. based record label, Third Man Records, is printing and distributing a couple of thousand copies of the song on a 7 inch vinyl record for music stores and radio stations.
Boswell posted the music and lyrics on his site -- http://www.symphonyofscience.com.
Filed under
Space
Technology
Computers
Physics
Mathematics
Author Bio & Story Archive