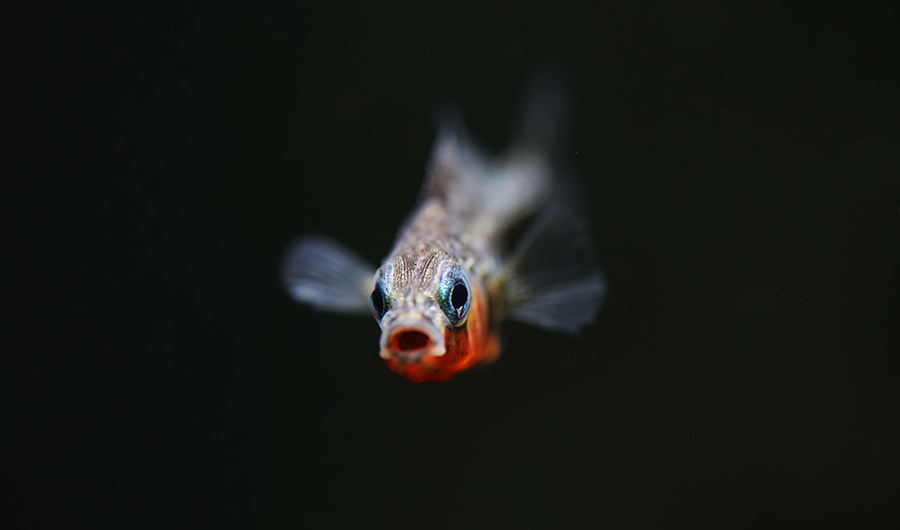 (Inside Science) -- Brain-controlling parasites can be thwarted in fish by using the same medication used to treat bipolar disorder in humans, according to new research.

"It’s only the second time people have rescued the behavior of manipulated hosts," said Nadia Aubin-Horth, a biology professor at Laval University in Canada, who conducted the study with her colleagues. The findings were published today in the journal Proceedings of the Royal Society B.

The Schistocephalus solidus tapeworm has a complex life cycle that includes several different animal hosts. The larvae of these worms are first ingested by small crustaceans called copepods in freshwater streams. They enter their next hosts when three-spine stickleback fish eat the copepods. Then they spend the next three to seven weeks growing into "a really big blob" that can take up as much as half the space inside these small fish, themselves roughly the length of an AA battery, Aubin-Horth said.

Once the worms are ready to reproduce, the fish start behaving differently. Instead of swimming in schools with other sticklebacks, they veer off by themselves, which makes them more susceptible to predation by birds. They also swim closer to the surface, and tests by Aubin-Horth’s lab show that they don’t react as much to predator shapes.

If an infected stickleback is eaten by a bird such as a heron or a loon, the parasite reaches its final stage, reproducing and laying eggs. The eggs leave the bird via its feces, hatching if and when they get back into fresh water.

By examining which genes are active in the brains of infected sticklebacks, Aubin-Horth’s team found that brainwashed fish show changes in a pathway involving the signaling molecule inositol. Humans with bipolar disorder also have altered levels of inositol -- a problem that can be helped by drugs containing lithium.

The researchers then found that the same treatment worked on brainwashed fish. Lithium restored the fishes' natural shyness and caused them to spend less time at the surface. When the researchers placed decoy birds above the fish tank, the same individuals that had shown no fear before the lithium treatment now froze and hid.

The only other time researchers have reversed behavioral changes in animals infected with parasites was with rats carrying toxoplasmosis -- the rodents' unhealthy lack of fear around predators was reversed by drugs used to treat schizophrenia.