Masks may make communication even more difficult for those with hearing loss or who face language barriers.
Image 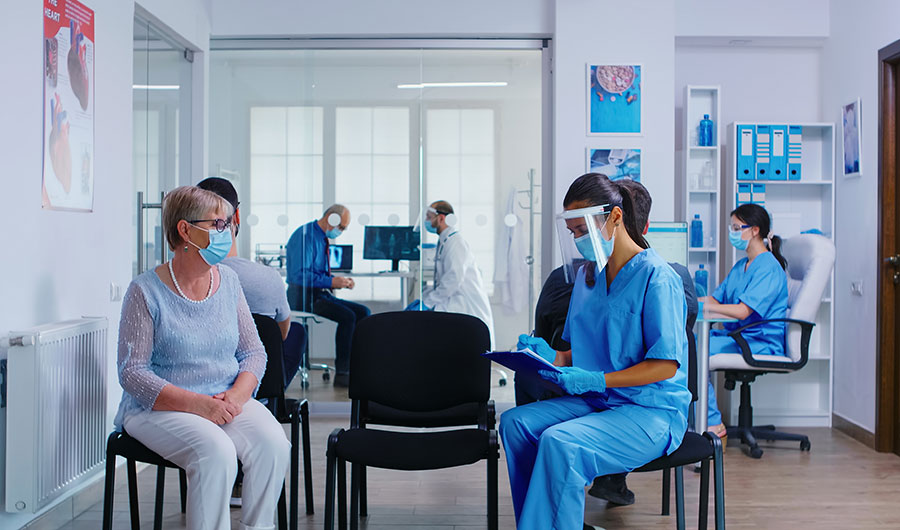 (Inside Science) -- Lisa Diamond entered the hospital room to see her patient. Her phone was in her pocket, with an interpreter on the line.

It was spring in New York, at the height of the pandemic's first wave. Diamond's patient had COVID-19. She also didn't understand English. Even in ordinary circumstances, communication could've been difficult. But now, to minimize virus transmission, interpreters were encouraged to avoid hospital rooms and instead offer their services over the phone. On speakerphone, the interpreter had to talk through layers of personal protective equipment and over the whir of the negative pressure pump that prevented contaminated air from escaping.

In this particular case, due to a prior surgery, the patient couldn't speak. "To not get verification that she was hearing us and understanding was very heartbreaking," said Diamond, a physician at Memorial Sloan Kettering Cancer Center in New York.

On top of everything, because both she and her patient wore masks, she struggled to read her patient's facial expressions or show empathy. "It's not the kind of medicine any of us want to be practicing," she said. "You want to connect with your patients."

To be sure, many factors were at play. But this case illustrates what some experts say has been an underappreciated problem: that masks can hinder communication. New research now shows that by muffling crucial sound frequencies, covering lips and facial expressions, and restricting mouth movements, masks can be more than a nuisance. Masks can exacerbate challenges already faced by those with language barriers or hearing loss -- especially in places like hospitals and schools, where difficulties in communication may put yet another burden on already vulnerable populations.

As COVID-19 cases continue to soar around the U.S., it's clear that masks won't be going away anytime soon. Evidence shows they save lives, and although the first vaccines are now becoming available in the U.S., health experts say masks must still play a critical role in curbing the pandemic.

Even before the pandemic, patients with limited proficiency in English suffered worse outcomes in U.S. hospitals, said Diamond, who studies how language barriers affect care. Such patients tend to have longer hospital stays, are more likely to be admitted to a hospital than a proficient English speaker with the same condition, and are subjected to more tests in emergencies. Overall, they report less satisfaction with health care.

Similarly, elderly patients who are hard of hearing are more likely to experience repeat hospitalizations, said Barbara Weinstein, an audiologist at the Graduate Center of the City University of New York. Among the elderly, hearing loss is also linked to an increased risk of falls. And, unsurprisingly, people who are hard of hearing also report less satisfaction with care. "Many people with hearing loss are more reluctant to go to doctors," Weinstein said.

The pandemic has raised the stakes even higher. COVID-19 is deadlier for the elderly, who are more likely to be hard of hearing. And in certain regions, U.S. counties with a higher percentage of non-English speakers tend to suffer higher death rates from the virus, according to an October study.

Masks can take a toll on people in other groups, too. In a survey study published last month, participants -- especially those with hearing loss -- reported that masks increase anxiety, stress, feelings of isolation, and fatigue when communicating.

Masks don't just muffle voices; they also filter out higher pitches. In English, these are the sounds of consonants like ss and th, which help distinguish one word from the next. "If you can't hear those, you can't understand what people are saying," said Weinstein, who was part of a research team that found masks dampen frequencies between 2000 and 7000 Hz.

To make matters worse, she said, those higher pitches are also the ones that people with hearing loss typically can't hear. Because they're the frequencies most visible on the lips, people could compensate by reading visual cues -- now impossible with a mask. "You have a double whammy," she said.

But not all masks smother sounds in the same way. In an analysis of a dozen types of masks, researchers led by Ryan Corey, an electrical engineer at the University of Illinois at Urbana-Champaign, found that surgical masks and fabric masks with looser weaves let through the most sound. N95 masks and tightly woven materials such as bed sheets and denim let through the least. Masks with clear windows, which research has shown help the hard of hearing read lips and visual cues, also block a lot of sound.

But masks that let through more sound might offer less protection against COVID-19. Because risk levels aren't always the same, it's important to understand the trade-off. "We might be able to pinpoint what type of mask is more fatiguing and how one might decide which mask to use in which situation," said Melissa Randazzo, a speech language pathologist at Adelphi University in Garden City, New York.

The good news, however, is that regardless of type, masks don't seem to alter the sound that would reach a lapel microphone, said Corey, who published his study in October. This suggests such microphones could be useful in places like classrooms. For example, Echo Horizon, a private elementary school in Culver City, California, whose student body is 15% deaf or hard of hearing, uses microphones and encourages the use of clear masks, said Renee Lucero, director of the school's program for students with hearing loss.

Staying safe and being understood 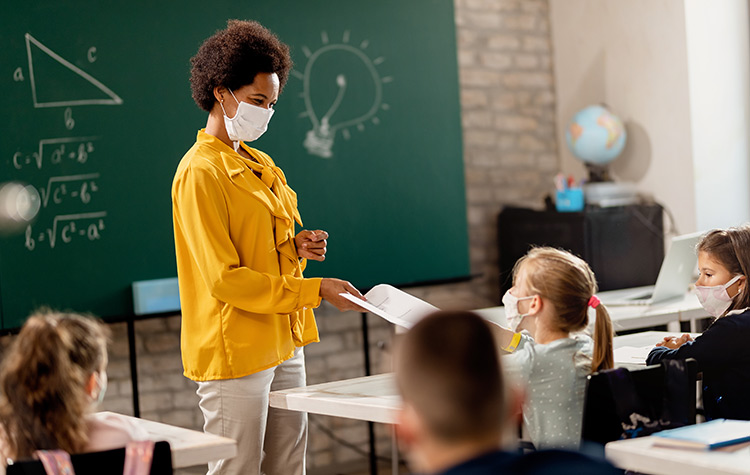 But just because enough sound can escape a mask doesn't necessarily mean those words will be intelligible. Another limitation of these acoustic studies is that they placed masks over an electronic speaker instead of on a real person. To better assess speech intelligibility from an actual person wearing a mask, Randazzo asked volunteers to listen to a recording of a masked person speaking sentences amid some background chatter, and then to type the words they heard. To ensure the volunteers couldn't infer the correct word by context, the sentences were unpredictable (like "the old baking books seem cheaper every summer").

The researchers compared speech heard through a surgical mask, a cloth mask and an N95 mask. Preliminary results, presented last week at the virtual meeting of the Acoustical Society of America, show that when the speaker is wearing a surgical or cloth mask, the volunteers, who did not have hearing loss, understood only about 70% of the words -- compared to 79% with no mask. For an N95 mask, the percentage dropped to 63.

That drop in speech intelligibility with the N95 mask may have been due not only to the properties of the material, but also to the mask's tighter fit, which can restrict jaw and mouth movements and make important speech frequencies less distinct, said Laura Koenig, a speech scientist at Adelphi University and a member of the research team.

Another potential obstacle to intelligibility is an accent. In the U.S., for instance, a nonnative English speaker might be proficient in English, but speak with an accent that makes it harder for some to understand every word. "You add noise, a mask and a lack of visual cues, and that's just going to compound the difficulty," said Rajka Smiljanic, a speech scientist at the University of Texas at Austin.

To measure that difficulty, Smiljanic and Sandie Keerstock, a speech scientist at the University of Missouri, led a team that had a native and a nonnative English speaker read English text from an essay with a mask and without one. The speakers were also told to read again with a mask, but in a clearer voice. Volunteers then watched and listened to a video recording of the speakers in three noise conditions: quiet, soft background chatter consisting of six talkers, and the same chatter but louder. Meanwhile, the volunteers, who were native English speakers, typed the words they heard. In a test of their memory, they then answered questions about what they had heard.

The results, which the researchers also reported at the Acoustical Society of America meeting, show that masks mattered more for a nonnative English speaker. With soft and loud background chatter, a mask significantly reduced the ability of the volunteers to recognize words and remember what a nonnative speaker said. But a mask didn't seem to interfere with the intelligibility of a native speaker's speech, even amid background chatter. (Both speakers wore surgical masks and were recorded with a lapel microphone -- conditions that don't disrupt speech too much -- so it's not too surprising that even a masked native speaker was easily understood.)

But for both speakers, being asked to speak clearly improved intelligibility. In this case, listeners could understand and remember the speech of the masked nonnative speaker at least as well as when he didn't wear a mask. (In fact, when the background noise was low or quiet, the clear speaking style led to a slightly higher intelligibility and memory recall than without a mask.)

"The hopeful message," Smiljanic said, is that simple solutions may be effective: enunciate and speak loudly; minimize noise, if possible; and use a microphone close to the speaker.

As for Diamond's patient, the hospital was later able to provide a tablet so she could connect with her family. Over video calls, her family could translate her written words. Eventually, she recovered.

Today, Diamond said, U.S. hospitals are better prepared for patients who have limited proficiency in English, with maskless interpreters more readily available on video calls. Still, everyone, and especially those in health care, must recognize the importance of communication and, ultimately, human connection.

"We have to remember," she said, "that patients have the right to hear what's happening to them."

Filed under
Speech and hearing
Acoustics
Physics and society 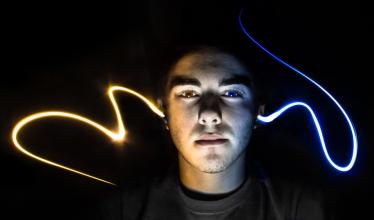 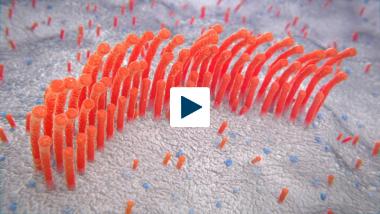 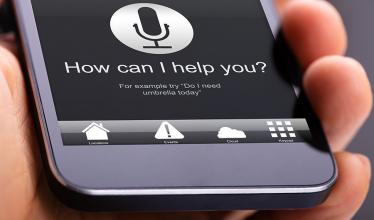