A long-accepted study on the optimal size of national legislatures faces a challenge.
Image 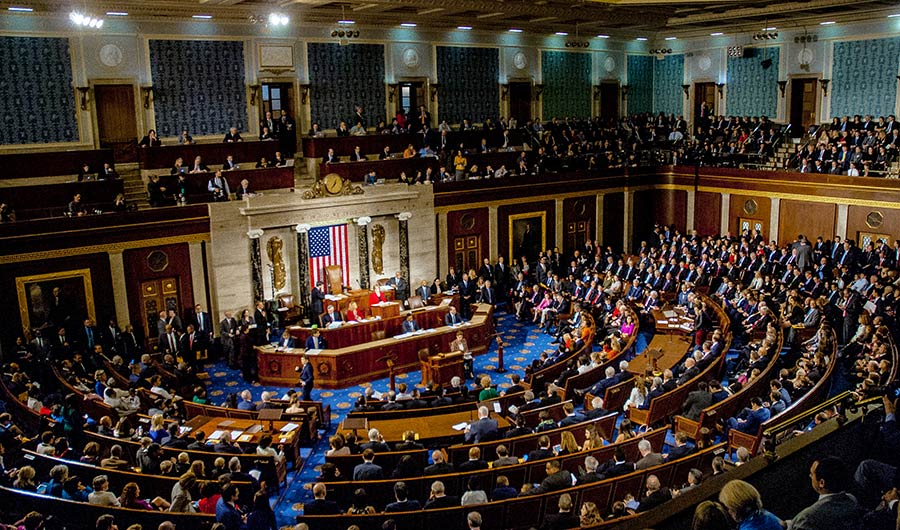 (Inside Science) -- In a referendum last September, Italians voted by a margin of roughly 70% to 30% to reduce the number of members in the country's parliament by more than one-third. The decision, which will go into action at the next national election, will cut the combined membership of Italy's Chamber of Deputies and its Senate from 945 to 600.

The Five Star Movement, a party in Italy's coalition government, called for the referendum, suggesting it would save taxpayers' money. But proponents also raised a critical question: How large, or small, should a national legislature be to allow members both to take soundings from the people who elected them and to develop effective policies?

In 1972, Rein Taagepera, a physicist-turned-social scientist at the University of California, Irvine, used mathematics in the effort to answer that question. He concluded that the cube root of a nation's population provides a good estimate of the most effective size for a country's lower house of elected parliament. (For reference, the cube of 691 (691 x 691 x 691) is just about equal to the United States' population of about 330 million.)

His approach has influenced how scholars think about the optimal size of parliaments ever since. But physicist Giorgio Margaritondo of the Swiss Federal Institute of Technology in Lausanne has now challenged Taagepera's approach. In a paper published in January in the journal Frontiers of Physics, he asserts that the original 1972 analysis contains serious flaws.

"His original idea was not wrong," Margaritondo said. "But I think his article [describing it] does it in the wrong way."

Taagepera conceded that his approach involves "all sorts of simplifying assumptions." Nevertheless, he added, we should accept it "cautiously, as a possible guideline until something better comes about."

Part of the reason for the disagreement is the complexity of the issue. In addition to a diversity of political systems, countries have a variety of parliamentary organizations: unicameral, two elected houses, a mix of elected and nonelected legislators, among other variations.

Taagepera first noticed the possibility of the cube root relationship for parliamentary sizes after studying the distribution of political parties following elections in English-speaking nations. The sizes of many of those countries' elected parliaments, he found, ranged around an average close to the cube root of the countries' populations. When further research revealed a similar pattern in non-English-speaking legislatures, he set out to derive a mathematical explanation for it.

Calculation of the numbers of communication channels in a legislature of any size confirmed a fairly close relationship to the cube root law in several countries. The publication of his research in 1972 "was the first to state and document the relationship," said Taagepera.

He then noticed a blind spot in his models -- a third communication channel, by which each representative monitors interaction among other representatives. He corrected that in a chapter of a book published in 1989.

"The argument about communications with the constituency can work only by considering politicians at all levels, including all the state houses and senates in the case of the USA," he added.

He adds that French researchers Emmanuelle Auriol and Robert J. Gary-Bobo applied statistics to a theoretical model of the relationship between a country's population and the number of its legislators best suited to make decision-making cost-effective. "It gives a result very close to the square root law," Margaritondo said.

A square root law would be more complicated than the cube root law, because applied directly to population it would predict huge numbers of parliamentarians -- over 18,000 in the U.S. House of Representatives.

Margaritondo said he could apply the square root law to all politicians in a country, at the town, county and state levels as well as federal. He could also include a "proportionality factor" to reduce the number of federal parliamentarians to acceptable levels. Dividing the square root of the U.S. population by 30, for example, would suggest that the House have about 600 members.

However, "my article shows a proportionality factor to be extremely difficult to evaluate," Margaritondo said.

"Politicians should respect science much more," he added. "But we're not helping by proposing science for issues for which it's not made. To think that we can accurately derive the optimal parliament size with a power law is an illusion."

So far, one country has applied the cube root law. When his native Estonia became independent of the Soviet Union in 1991, Taagepera used it to recommend that its unicameral legislature, the Riigikogu, should contain 100 members.

The task was complicated, because the country had about 900,000 Estonian citizens and roughly 600,000 "Soviet-time colonists," as Taagepera called them. The cube root of 900,000 is about 97, and for the total population, 114. "I settled for a simple 100 plus one so as to avoid a 50-50 split," recalled Taagepera (who finished third in a run for the Estonian presidency the following year). "When choosing an assembly, being off by 20% does not change assembly effectiveness," he said.

The cube root law played a small role in last year's Italian referendum. But generally, "the arguments were emotional -- to reduce the costs of MPs' salaries and the generic mistrust of politicians," said Margaritondo, an American citizen born in Italy. The cube root law would require 391 legislative members rather than the 600 voted on, he added.

Whatever the relationship between legislators and populations, observers agree that several countries' legislatures fail the test of optimal size. The United Kingdom and Sweden, for example, have more legislators than necessary for effective governance, Taagepera says, while some Caribbean countries that became independent from Britain in the last century have too few.

The relationship can also change as either the population or the size of legislative bodies grows. Consider the United States.

"It started in 1790 outrageously below the cube root law," Taagepera explained. But increases in the number of members in the U.S. House of Representatives as the country increased geographically meant that the House's membership stayed close to the law from 1820 to 1913.

The Permanent Apportionment Act of 1929 stabilized House membership at 435, the level settled on after the 1910 census, which counted 92,228,996 residents (less than 30% of the current population).

As a result, Taagepera said, "the House is very nicely adjusted to the population of the U.S. in 1910."