Bacteria and yeast can survive under hydrogen in the lab, which may mean more planets could support extraterrestrial life.
Image 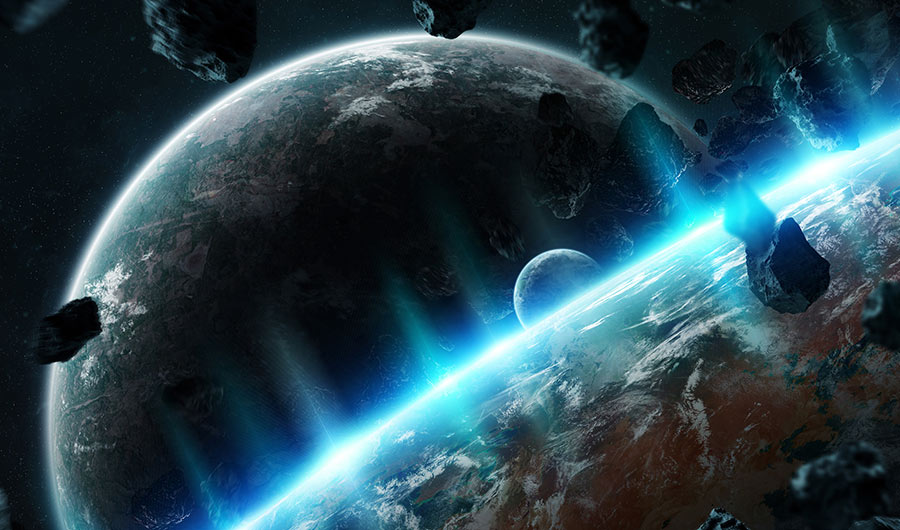 (Inside Science) -- Microbes can survive and grow in 100% hydrogen atmospheres, suggesting life could potentially evolve on a much broader range of alien worlds than is often considered, a new study finds.

Hydrogen is the most common element in the universe. While astronomers have not yet detected any rocky exoplanets with hydrogen atmospheres, they expect such atmospheres to exist, especially around exoplanets known as super-Earths, which have more mass and therefore stronger gravitational pulls than Earth does. Since hydrogen is the lightest of all gases, hydrogen atmospheres should prove much puffier than Earth's, extending so far from the planet's surface that they should be the easiest rocky exoplanet atmospheres to detect, researchers said.

However, "astronomers typically do not think of hydrogen-dominated planet atmospheres as conducive to life," said study lead author Sara Seager, a planetary scientist at MIT in Cambridge. There was little previous research on how well life could grow in hydrogen-rich atmospheres, save for microorganisms known to depend on hydrogen gas to survive.

In the new study, researchers investigated how well two different kinds of microbes grew in the lab in 100% hydrogen: the bacterium E. coli, which lacks a nucleus, and yeast, which possesses one. Although neither microorganism normally lives in environments dominated by hydrogen, the scientists found both could reproduce, switching from their preferred oxygen-consuming metabolism to less efficient anaerobic processes. Their growth rates were slower in hydrogen atmospheres, perhaps due to the lack of energy the microbes would normally get from oxygen. E. coli reached numbers roughly half those they would have in regular air, and yeast was hundreds of times less abundant than it would otherwise have been.

The researchers noted that although E. coli is a relatively simple microbe, it could generate 45 different gases such as ammonia and nitrous oxide. Such gases might serve as potential signatures of life if detected in exoplanet atmospheres. Next-generation telescopes that are capable of analyzing rocky exoplanet atmospheres are scheduled to come online in the next several years, they added.

"Astronomers should keep an open mind as to which planets are worth searching for life," Seager said.

The scientists detailed their findings online May 4 in the journal Nature Astronomy.