Searching for Dark Matter Among the Rocks

Evidence of dark matter particles may be easier to find in ancient minerals than in the newest detectors.
Image 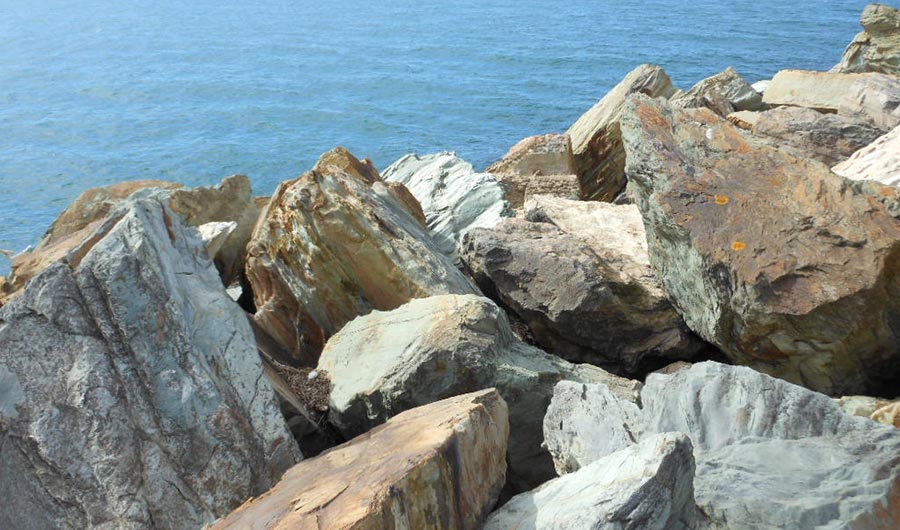 (Inside Science) -- For the past two decades, scientists have constructed a variety of experiments, including cryogenic detectors and tanks of liquid xenon, around the world in hopes of spotting the scantest signs of elusive dark matter particles. But time and time again, they've come up empty-handed. Now a team of scientists propose a completely different approach.

"How about if instead of watching ever more nuclei for a few years, you could have some sort of detector recording scattering events for a very long time instead?" asked Sebastian Baum, a physicist at Stockholm University in Sweden.

Rocks themselves, which have existed much longer than any physicist or their experiments, could be the laboratories that hold traces of dark matter. In an article published in the journal Physical Review D, Baum and his colleagues call for identifying and studying particular rocks hosting minerals with which dark matter particles may have interacted. They could include ancient signatures of weakly interacting massive particles, known as WIMPs.

Weak, but not dead

Structures of dark matter are thought to prop up the scaffolding of the universe, while shaping the billions of galaxies that grow within them. Though the gravitational forces of dark matter clumps seem clear, no one has yet detected the particles directly, and in fact, physicists aren't sure exactly what kind of particle dark matter might be. WIMPs once enjoyed frontrunner status as the most likely candidate for dark matter particles, but physicists have so far failed to detect them, even with increasingly sophisticated and expensive experiments.

Still, WIMPs haven't been ruled out just yet, said Dan Hooper, an astrophysicist at Fermilab in Batavia, Illinois. "Would a reasonable person look at these results and say the likelihood of dark matter being a WIMP is smaller than it used to be? Sure. But has that probability approached zero? No, it has not."

Researchers in the 1990s suggested a similar approach to Baum's, probing bits of mica for the same purpose. But they lacked the technology to make it work effectively and resolve the tracks that dark matter particles could leave. "In recent years, the technical ability to analyze a piece of mineral for very small tracks that could be deposited in it have really improved, and that makes this much more powerful than the old ideas," Hooper said.

Baum's team's proposal focuses on two types of minerals embedded in the Earth's crust. The first includes deposits known as "marine evaporites," formed from evaporating lakes and inland seas, such as minerals called halites and epsomites (like Epsom salts). These are nearly as ubiquitous as the rock salt strewn across roads in winter to melt snow and ice. The second type include "ultra-basic rocks," like dark green minerals called olivine, formed in the oceanic crust.

"These evaporite fields are extensive -- they cover hundreds or thousands of square kilometers," said Clara Blättler, a geoscientist at Princeton University in New Jersey. She discovered the oldest deposit, in Russia, and others have been found in western Australia and Canada. While ultra-basic rocks are formed deeper, they're sometimes thrust up through the crust by plate tectonics. "They exist in small slivers scattered throughout the continents, but they also can extend for tens or hundreds of kilometers," she said.

Many of these minerals could be collected near the surface of the Earth by drilling cores into the ground. The rocks typically originated hundreds of millions to more than a billion years ago -- which would make them the longest-running dark matter experiments ever. For massive WIMPs, the particles would leave longer tracks, so scientists require more material to find evidence of them. Lighter WIMPs would leave smaller features that require higher-resolution experiments to pick them out.

"The real challenge is, when you get back to the lab, what information can you extract?" Hooper said.

Scientists will need to identify narrow tracks on the rocks, only a nanometer wide, with tools like microscopes and X-ray scattering experiments. But then they have to distinguish them from spurious signals, such as those induced by even small amounts of background radiation, like the decay of uranium-238 atoms.

Baum and his colleagues' study shows that it's possible to spot such signals, if they're there, but scientists won't really know if it will work until at least small-scale experiments can be made successfully. "Until it gets done we won't really be sure it can be done, but the same thing was true about other, more traditional dark matter searches 20 years ago," Hooper said.