Researchers train dog detectives so their testimony is admissible in courts.
Image 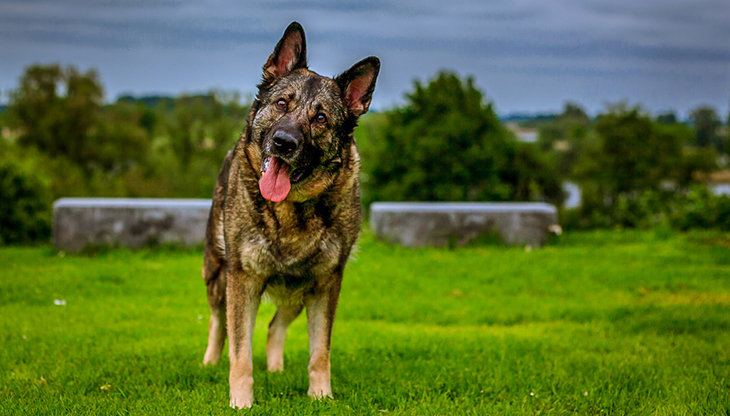 Researchers work to hammer out international training standards for dogs so that what the animals sniff out can be used regularly as evidence in courts around the world.

(Inside Science) -- In 2004, a French woman told police she was raped in her car and named the man who assaulted her. He was arrested and denied he was in the car when the rape occurred.

Then the police called in the dogs.

Scent traces were taken from the seat of the car where the rape took place. The dogs got the scent and matched it to the man who later confessed and went to jail.

Researchers at the Centre for Research in Neuroscience in Lyon, France, are working on training standards for dogs so that what the dogs sniff out can be used regularly as evidence in court around the world. It already is accepted in some European countries and American states, said Barbara Ferry, a senior researcher and coauthor of a paper published in the journal PLOS One.

The reason the evidence is not more widely accepted, she said, is that there are no international training standards for the dogs. Setting those standards was the purpose of the experiment.

After two years of training, their shepherds could isolate and identify an individual's odor with 85 percent accuracy, and, she said, never mistake one person for another. In the cases where they failed to identify a smell, the usual reason was polluted or insufficient aromas.

In practice, the French police use two dogs in each incident. In some criminal cases, objects associated with the crime are put in smell lockers that preserve the scents so that dogs could be brought in much after the fact.

Dogs are widely used by law enforcement for reasons other than identification, often as patrol dogs in canine squads. There also are human-canine disaster teams, such as cadaver dogs and rescue dogs. Dogs are used to sniff explosives and drugs, or find contraband like ivory.

Americans are used to the vision of bloodhounds tracking criminals, but Ferry said the French police use shepherds because of their high aptitudes for training.

"It seems that hounds are very good in following particular scent trails but are not very comfortable when they are required to work in an enclosed room and do identification tasks," she said.

Dogs can be ideally suited to this work. While humans view the world visually -- through our eyes -- dogs use their noses.

"They smell in colors," said Cindy Otto, director of the Pennvet Working Dog Center at the University of Pennsylvania School of Veterinary Medicine in Philadelphia, and a member of search and rescue teams. "They use their nose as we use our eyes," she said.

When a dog is walking with its nose to the ground, it is taking in the history of the place, who went by and when, human and canine.

They have far more olfactory receptors in their noses that humans do -- dogs have 200 million, humans have six million. The olfactory area of the brain is also proportionally bigger, Otto said. The National Institute of Standards and Technology has a Dog and Sensors Committee (Otto is a member) to set standards for American courts.

In 2013, the U.S. Supreme Court ruled that evidence obtained by a well-trained dog was admissible in court and not a violation of the Fourth Amendment to the Constitution.

In the Lyon study, it took two years to complete training the 13 dogs.

"The identification task procedure are very difficult to acquire," Ferry said. The first things the dogs need to learn is to stick their noses in jars containing odors, then learn to sit in front of the target jar. They have to learn human scent and to discriminate human scent from other smells and then to differentiate between humans.

It all has to be done without handlers because studies show the dogs can read the handlers' body language or mood and pick up inadvertent clues.

As the dogs learned, the tasks got harder. By the time they were fully trained, the dogs could identify a person who had been in a room but no longer near the things they touched. They were able to identify the minute, lingering aroma someone brought into the room, Ferry said. They could even match scents to body parts. Also, as the tasks became harder, the dogs got more sensitive.

When they spotted the target scents, they laid down in front of the jar with the smell and got a reward.

Engineers have built machines very sensitive to scents, but none come close to the canine nose, particularly in distinguishing one smell in a whole array of scents. Presented with scents from five different people, the dogs can sniff out the target.

"It's interesting to note that confronting the suspect with a positive identification often leads to an admission of the crime," Terry said.