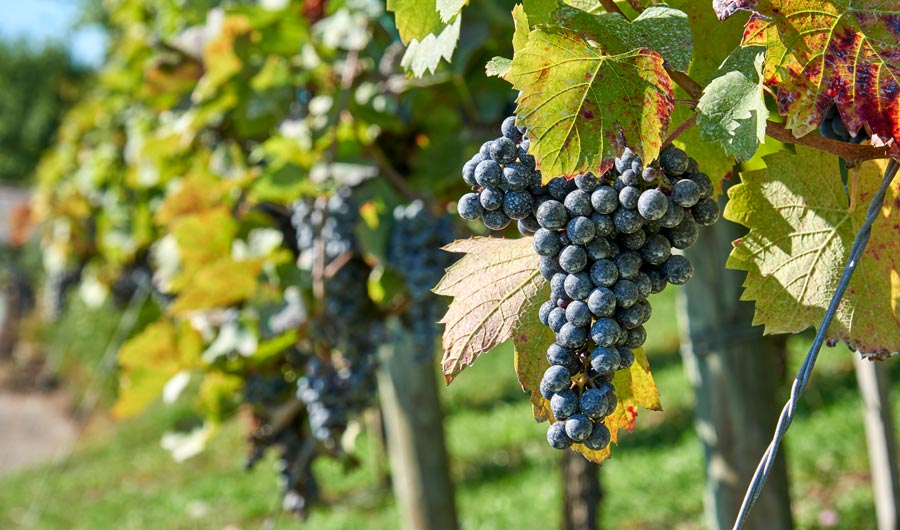 (Inside Science) -- Many of the varieties of grapes used in today's wines are hundreds of years old. Genetic analysis shows that although these vines were first cultivated in Western Europe, new research confirms that every popular wine grape shares an ancestor. All of today's well-known varieties descended from the first domesticated grapes, which were developed and grown in Western Asia about 4,000 years ago, according to research published today in the journal Nature Communications.

"We were able to show that the best way to describe cabernet, merlot, chardonnay, sauvignon blanc, is to think of them as derived from a domestication that took place in Asia," said Michele Morgante, one of the study's authors and a plant geneticist at the Institute of Applied Genetics and the University of Udine, both in Italy.

The genomes of the roughly 100 popular varieties of wine grapes the researchers evaluated did not indicate any independent domestication events. That means the ancestor of today's wine grapes was first domesticated in Asia, and later moved toward the Mediterranean and across southern Europe, then northward from there.

Careful breeding over centuries led to larger grapes and bunches of fruit and reduced the number and size of seeds. As the grapes moved from Asia throughout Europe, this often involved hybridizing already-domesticated grapes with local wild varieties of the fruit, which in some cases helped wine grapes adapt to new environments and conditions.

"There are varieties that are still used to make wine, both in France as well as in Italy, that are direct progenies of a cross between a cultivated variety and a wild individual," said Morgante.

It's possible that people in Europe attempted to domesticate wild grapes, including during Roman times, but ultimately quality won out, said Gabriele Di Gaspero, also one of the study's authors and a plant genetics and breeding researcher at the Institute of Applied Genetics. "They tried to grow native wild grapes, but then they realized that they were not good enough for wine. And so, they were basically abandoned in favor of purely introduced material or introduced material that have hybridized with local material," he said. He also noted that there could be rare exceptions of grapes with completely wild ancestry tucked away in a remote village or someone's backyard, but not among the world's most popular wines.

"When we enjoy a glass of wine, we enjoy diversity," said Di Gaspero. "When you are tasting a wine from a specific country, or from a specific region, you want also to try to imagine that some of the richness that you taste in the glass is coming from that genetic richness in the vineyards."