Ancient sediments reveal that shortly after emerging from the sea, microbial life may have adapted to survive in acidic lakes.
Image 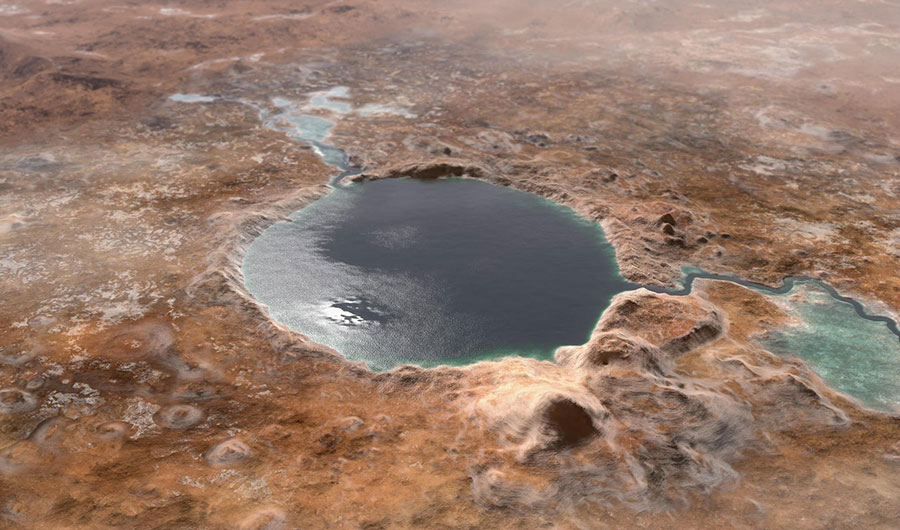 An illustration of the Jerezo Crater on Mars as it may have looked like billions of years ago, when it was a lake. The Mars 2020 Perseverance rover launched on July 30, 2020 and is expected to land in the crater on February 18, 2021.

(Inside Science) -- Many of us wouldn’t think an acidic lake set in the shadow of a volcano would be the best place to live. But for some of the earliest creatures to abandon the sea, it could have been home.

Much of the information about life’s earliest days on land has been lost to us. Geologists know that about 3 billion years ago, during the Mesoarchean Era, the first continents rose out of the ocean and were soon covered with life. But few of the rocks that recorded details about the era’s environments and organisms have survived the ensuing erosion and tectonic activity.

“It’s unfortunate, because [the Mesoarchean] was a major juncture in Earth history,” said Keyron Hickman-Lewis, a geologist from the Natural History Museum in London. “Many of the major geological and geobiological revolutions happened in this time.”

But now, a team of researchers, led by Andrea Agangi from Akita University in Japan, has suggested that shortly after emerging from the sea, life may have adapted to survive in acidic volcanic lakes. Their research, published in the journal Earth and Planetary Science Letters, comes from a geochemical analysis of 3-billion-year-old sedimentary rocks in the Witwatersrand Basin of South Africa.

Though the findings are not the first or oldest evidence of life on land, they reveal a new habitat that early microbes may have adapted to. “It implies that at this crucial juncture in Earth history, there was diverse life,” said Hickman-Lewis.

Agangi and his team focused their study on the Dominion Group, a formation of rocks assembled in the Mesoarchean on what is today some of the oldest crust on Earth -- southern Africa’s Kaapvaal Craton. Though the Dominion Group consists mostly of volcanic rocks, the researchers were most intrigued by its beds of sedimentary rock, known by local miners as Wonderstone.

In three different quarries, Agangi’s team found walls of Wonderstone, sometimes tens of meters tall. It consisted mostly of sandstones and shales, which the researchers interpreted as debris that eroded from a volcano and slid downhill into a large lake. This lake would have existed just tens of millions of years after the continent’s emergence from the sea.

“The [Wonderstone] is dark, almost black, and soft. You can crush it easily with a knife,” said Agangi. The color, he said, comes from a carbon-rich material interspersed between the rock’s grains. Although miners have exploited the Wonderstone deposits for decades, the origins of the carbon had remained a mystery.

Agangi and his team decided to investigate the origins of the dark material by looking at the array of different forms of carbon in the rock. They found a scarcity of the heaviest form of the element, which suggested that it came from living things.

“It's carbon that must have come from dead microorganisms,” said Agangi.

The team also found that the carbon profile matched what would be expected of methane-producing organisms, called methanogens. These organisms belong to an ancient domain of microbes called Archaea, which are known for their ability to survive in extreme conditions.

A resilient life form made sense to the team, as minerals dispersed throughout the Wonderstone, such as marcasite and pyrophyllite, indicated that the lake was probably acidic -- about as caustic as the soda Dr Pepper.

“In general, you would think acidity is not conducive for life,” said Agangi. “But it leached nutrients from the volcanic rocks, which were necessary for life.”

But sustenance may have also come from another source. Metals present in the Wonderstone hinted to the researchers that hot fluids from deep underground were likely seeping into the ancient lake and bringing nutrients with them, Agangi said. Today, colonies of Archaea cluster around similarly nutrient-rich vents on the seafloor.

Moreover, the rocks could shed light on the environments Martian life might have inhabited -- if it ever existed. “These rocks and the ancient rocks on Mars come from the same distant period of early solar system history,” said Hickman-Lewis. “If life emerged on the two planets at the same time, they could have preserved approximately the same kinds of life.” 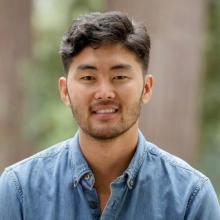