Scientists discuss the risks and feasibility of using solar geoengineering to cool us off.
Image 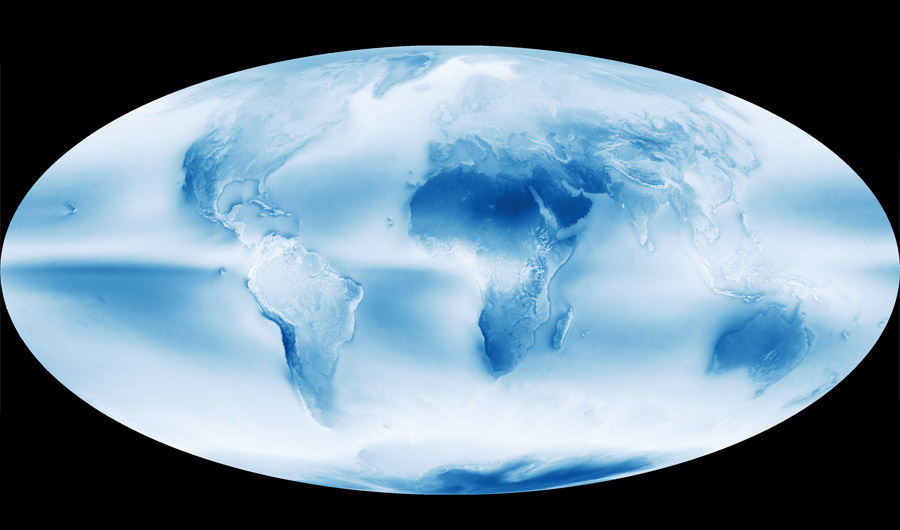 (Inside Science) -- In the 1999 movie The Matrix, humans darkened the sky to try to starve off the solar powered robots that were threatening to take over the world. But it didn't work. The move only made things worse as the robots simply turned human beings into living battery farms and created the matrix to control their minds.

Will we reap a similar whirlwind of woeful unintended consequences if we try to darken the sky just a little bit to cool off the planet? This week at the American Physical Society March Meeting in Los Angeles, Kate Ricke, a climate change scientist from the University of California San Diego, shared her analysis on the potential effects if we actually try.

Solar geoengineering is one of the two main ways engineers have come up with to cool our planet down if push came to shove -- the other being the direct removal of greenhouse gases from the atmosphere. Solar geoengineering efforts would focus on reducing the amount of heat our planet gets from the sun, using methods from seeding more clouds for shade to launching mirrors into orbit. One already technologically viable method is to scatter fine particles called aerosols in the stratosphere to slightly darken the sky, similar to how ash and other small particles from volcanic eruptions temporarily cool down Earth.

Even though the method can work in theory, there are a few catches. To start, the method is not sustainable. According to Ricke, we would need to keep pumping the stratosphere with millions of tons of aerosols every year, since they naturally dissipate and collect at the polar vortices. As soon as we stop adding aerosols, the global temperature would spike back up in a matter of months like a loaded spring, and the effect could be disastrous.

What if we only use this method to buy some time to reduce our carbon levels? This can work, but it carries the risk of causing other problems. According to Ricke’s model, even though this can decrease the average global temperature, some areas near the equator and the poles may actually experience more extreme weather than before, meaning dryer places could get dryer, wetter places wetter, hotter places hotter, and colder places colder. As an audience member at the talk pointed out, this would be an international diplomatic nightmare if the operation ends up benefiting some countries but setting off famines in others. It also doesn’t solve some other major problems caused by carbon dioxide levels such as ocean acidification.

If solar geoengineering is carefully deployed, it could work as a temporary, supplementary tool along with other geoengineering measures, Ricke said. But the removal and reduction of greenhouse gases in our atmosphere is still the most viable and reliable solution to combat global warming.