BRIEF: Tourism Responsible for 8 Percent of All Greenhouse Gas Emissions

Researchers found that efforts to curtail tourism-related emissions have been outpaced by the industry's growth.
Image 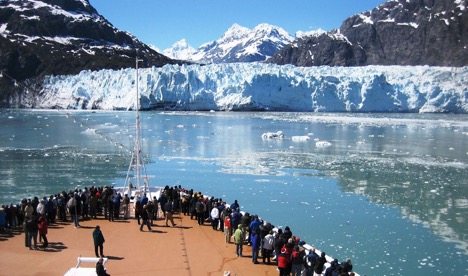 (Inside Science) -- New research reveals that the carbon footprint of global tourism is much larger than previously thought, after accounting for all aspects of travel, including staying in hotels and shopping. An international team of researchers now claims that tourism accounts for roughly 8 percent of all emissions, four times higher than previous estimates.

The paper published today in the journal Nature Climate Change reports on the steady increase in international and domestic tourism-related emission between 2009 and 2013. According to the report, tourists from richer countries such as Canada, Germany and the United States top the charts in travel-related carbon emissions per tourist, while smaller countries that are popular tourist destinations such as Maldives, Mauritius and Cyprus, receive the highest amount of pollution from foreign tourists per local resident.

They also found that a tourist's average carbon footprint is strongly correlated to affluence. This could be because wealthier people tend to take more vacations, while better technology, such as what’s found in countries with cleaner energy infrastructures, only weakly offset increasing emissions.

Using a unit that combines the effect of global warming from different greenhouse gases, known as a Carbon Dioxide Equivalent, the researchers report the annual emissions from tourism increased from 3.9 to 4.5 billion tons of Carbon Dioxide Equivalents between 2009 and 2013. A business as usual model will put the growth rate of tourism-related emission at around 3 percent per year, reaching 6.5 gigatons by 2025.

Editor's note (May 8, 2018): After publication, we clarified in the headline and the story that the 8 percent figure refers to all greenhouse gas emissions.