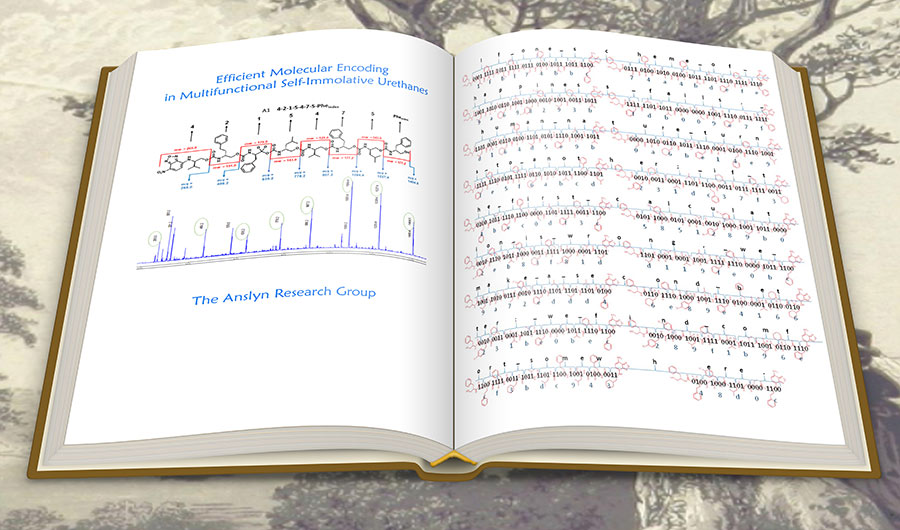 (Inside Science) -- Scientists have successfully encoded a Jane Austen quote into molecular cousins of common plastics, a new study finds.

Previous research has found DNA can store vast amounts of information -- up to 1 billion gigabytes per cubic millimeter. Encoding data using four different kinds of molecules known as nucleotides, abbreviated as A, T, C and G, DNA can hold millions of times more data than any electronic technology projected for the future. However, there are concerns about its long-term stability, as well as the costs to synthesize it at large scales.

Now scientists have developed a new way to encode data into molecules of urethane, the compounds making up long-lived polyurethane plastics. "Urethanes are more robust and far less expensive than DNA," said study senior author Eric Anslyn, an organic chemist at the University of Texas at Austin.

The researchers started by converting their chosen text into a bit string, or sequence of binary digits, and then into the hexadecimal numeral system -- 16 symbols that computers use to organize large bit strings. They next synthesized this 158-character-long hexadecimal string using 16 different kinds of urethanes, creating 18 molecules each up to 10 urethanes long.

Decoding this data involves fragmenting the oligourethanes with a series of chemical reactions and feeding the urethanes into software that assigns the molecules to their corresponding hexadecimal characters. When the scientists gave a colleague a set of instructions to read the encoded material, he successfully reproduced the whole text with complete accuracy on his second try.

Anslyn and his team used their new method to encode a passage from Jane Austen's "Mansfield Park" -- "If one scheme of happiness fails, human nature turns to another; if the first calculation is wrong, we make a second better: we find comfort somewhere." They chose this quote because they felt it was uplifting in these trying times, and easily understood without the context of the novel, said study lead author Samuel Dahlhauser, an organic chemist at the University of Texas at Austin.

The scientists now aim to speed up and automate their strategy and improve its error rates in reading and writing data. They detailed their findings online April 21 in the journal Cell Reports Physical Science.