Rings of DNA inside bacteria use CRISPR process to attack each other.
Image 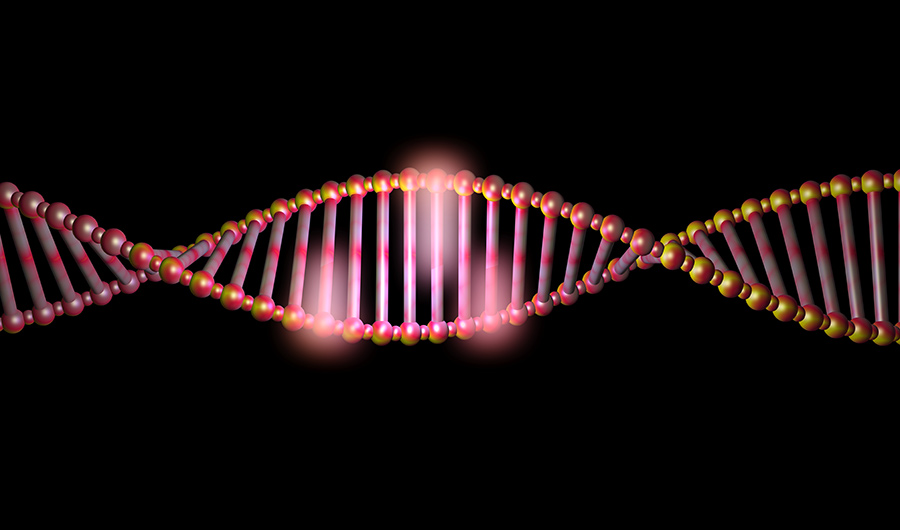 (Inside Science) -- The CRISPR-Cas system is a highly accurate gene-editing tool that genetic engineers have adopted from bacteria. The engineers use it to create genetically modified organisms and even treat genetic disease. But humans are not the first to adapt this system for their own ends -- inside bacteria, CRISPR has been co-opted into the ongoing fight between free-floating rings of DNA within a bacteria's cell, called plasmids.

The CRISPR-Cas system evolved in bacteria and another type of single-celled organism, called archaea, as an adaptive immune system to fight against invaders like viruses. It's similar to how our antibodies protect us. It records the genetic signature of previous invaders and uses it to recognize new ones, then chops the invader's genome to pieces. The system commonly used in laboratories by genetic engineers is called CRISPR-Cas9, but there are dozens of other variants.

One of those variants, known as type IV, has been largely ignored by scientists, says Rafael Pinilla-Redondo, a microbiologist at the University of Copenhagen, because it is rare and is missing some of the key components that would make it interesting and useful to genetic engineers. But Pinilla-Redondo and a few others are fascinated by it, because it's found not in the main genome of bacteria, but on plasmids, which are independent scraps of DNA that act a little like parasites, existing inside the bacteria and using the bacterial cellular machinery to replicate and spread.

"That was a sign for me to dig deeper," he said.

Pinilla-Redondo and his colleagues mined databases for everything they could find about the genetic sequences of type IV CRISPR. They identified several new subtypes and reconstructed the system's evolutionary history. And they found something intriguing.

"We found that in contrast to almost all the other CRISPR systems, which target viruses, type IV targets other plasmids," said Pinilla-Redondo. "We propose that it is used in plasmid-versus-plasmid warfare within the bacteria."

While plasmids sometimes bring benefits to their host bacteria -- they are one of the ways that bacteria can acquire resistance to antibiotics, for example -- they are still using the bacteria's resources. Too many plasmids in one bacterium could overtax its cellular machinery and eventually kill it.

"Everything in nature is competing for limited resources and space," said Pinilla-Redondo. "The biggest competitor for plasmids are other plasmids, so they needed to find ways to eliminate the competition."

Other researchers have gone further than Pinilla-Redondo's database-trawling work. Ryan Jackson, a biochemist at Utah State University, in Logan, was the first to demonstrate directly in experiments in bacteria that the type IV system can defend against and clear other plasmids from the host. But there are still a lot of unanswered questions, he says.

For one thing, the type IV system is weird. It doesn't have a nuclease -- the protein that actually cuts up DNA. So it's not clear how it actually attacks opposing plasmids. It does have a helicase -- a protein that unwinds DNA -- which seems to be important. So Jackson and Pinilla-Redondo both speculate that maybe unwinding the DNA makes it more likely to break naturally, or perhaps the helicase protein just gets in the way of the DNA replication machinery and stops it dead. But there is no good evidence yet.

Secondly, type IV CRISPRs lack the machinery used to pick up and store pieces of the invading genome that act like mugshots to identify future invaders. Instead it seems to borrow some of the host bacteria's CRISPR machinery to do this, but the exact mechanism is unclear.

"We don't really know what's going on," said Jackson. "It's a huge mystery."

Viruses have also been shown to use CRISPR to knock down cellular defenses, and megaviruses also have their own CRISPR systems to attack cells and other viruses. It seems CRISPR is a popular and effective weapon in the microbial world. "There is a lot of selective pressure in this arms race," said Jackson. "Plasmids, viruses and bacteria all want to find something to give them an edge."

The type IV system could prove useful for humans as well. Because plasmids are one of the main ways bacteria pick up and share antibiotic resistance genes, it is possible that researchers could find a way to use it to fight the spread of resistance, by attacking the plasmids that carry it.

"We know these systems evolved to fight other plasmids, so they are probably quite good at it," said Pinilla-Redondo. "Whether they are any better than other ways of fighting resistance, we will have to find out."