The discovery raises hopes that chimps can adapt to threats such as climate change.
Image 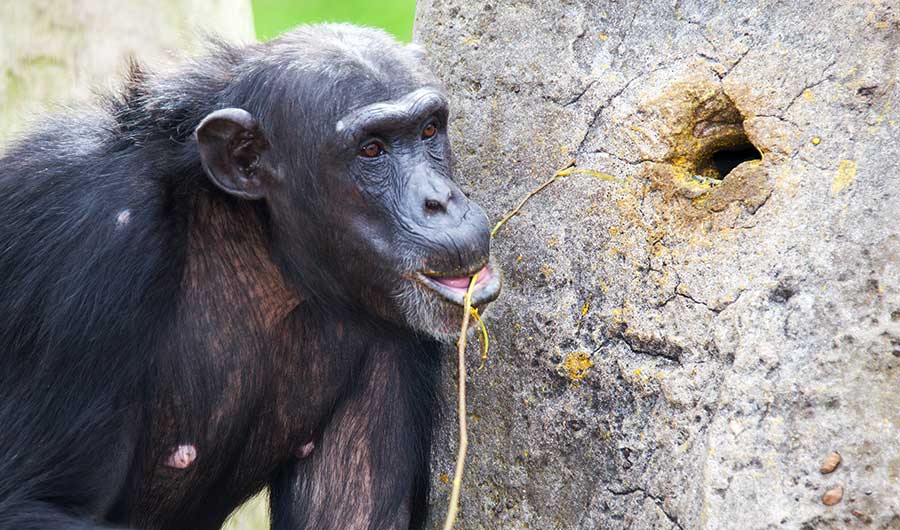 (Inside Science) -- A chimp may not always be just a chimp when it comes to behavior. In fact, the more varied the conditions the primates face, the more diverse their behavior and culture.

“[Chimps] have a great degree of behavioral flexibility,” said Ammie Kalan, a postdoctoral researcher at the Max Planck Institute for Evolutionary Anthropology and the lead author of the study published today in Nature Communications.

In 2019, Kalan was part of a large team of researchers that found that humans may be negatively affecting the diverse world of chimpanzee behavior. That study included nine years' worth of data on 144 chimpanzee communities or social groups across 15 countries in Africa.

For the previous study, the researchers documented 31 different behaviors like making tools for foraging or using caves or ponds to cool off. Different chimp groups used different combinations of these behaviors. For this study, the researchers looked for relationships between a group's behavioral repertoire and the type of environmental and climatic conditions it experienced in its home range.

Kalan said this discovery gives the researchers hope that the chimps will be able to adapt to the ongoing problems they face.

“There might be a great degree of promise for this species as we’re heading further into this era of the Anthropocene where we have climate change and other unprecedented changes to habitats,” she said.

It’s also interesting from an evolutionary point of view, she said -- especially since chimps are relatively closely related to humans. Kalan said she would like to see follow-up genetic research analyzing whether the diversity in behavior between groups is reflected in genetic differences.