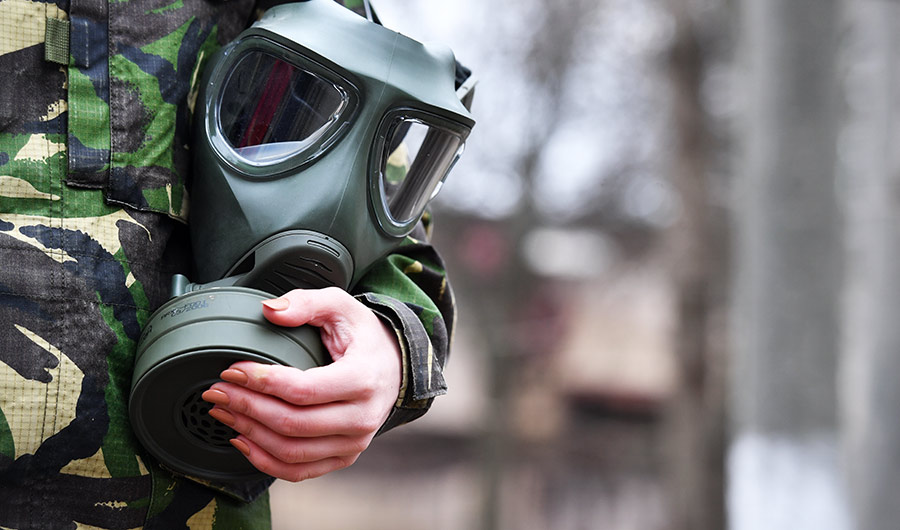 (Inside Science) -- A single injection of a new gene therapy protected mice from the effects of sarin and other deadly chemical warfare agents for months, new work that could not only help defend soldiers and civilians in war zones, but also farm workers regularly exposed to similar toxins.

Sarin -- a colorless, odorless compound used in terrorist attacks and conflicts such as the Syrian civil war -- is a kind of nerve agent, the most toxic and rapidly acting of the known chemical weapons. They kill by poisoning the nervous system, triggering violent muscle spasms and suffocating people to death by paralyzing their lungs.

Nerve agents are extremely difficult to treat, as they attack so rapidly it leaves little to no time to administer antidotes to prevent death. This suggests that ideal treatments for nerve agents need to start defending potential victims long before exposure.

Some enzymes can seek out and break down nerve agents. Scientists experimented by inserting a gene that encodes such an enzyme into a virus not known to cause any disease. The researchers then injected the virus into mice. They found it completely protected the rodents from eight lethal doses of sarin and similar nerve agents with no sign of toxicity from this gene therapy, said study senior author Nageswararao Chilukuri, a biochemist at the at United States Army Medical Research Institute of Chemical Defense at the Aberdeen Proving Ground, in Maryland. This defense lasted for up to five months.

Sarin belongs to a family of chemicals called organophosphates, compounds that are also used as pesticides. In the future, the researchers plan to experiment with the virus in larger animals such as monkeys in the hopes it could one day help protect military and medical personnel, farm workers, and others in danger of exposure to dangerous organophosphates. Future work also has to show that the genetically modified viruses used for such therapies show long-term safety, Chilukuri said.

The scientists detailed their findings online Jan. 22 in the journal Science Translational Medicine.