Greek mythology says Icarus fell because he flew too close to the sun. What does science say?
Image

​(Inside Science) -- Daedalus was a tragic genius from Ancient Greek mythology who was exiled to an island, where the king later imprisoned him. He built wings for himself and his son to escape and fly back home.

But his son, Icarus, being a symbol of youthful rebellion, ignored his father's advice and flew too close to the sun. The sun melted his waxy wings, and he plummeted to his death in the Aegean Sea.

So how high did Icarus have to fly for his wings to melt?

From the ground up to cruising altitude

If you've ever been on a mountain, you may have noticed that the higher you climb, the colder it gets.

As Icarus ascended through this part of the atmosphere, known as the troposphere, the temperature would have dropped by an average of 3-4 degrees Fahrenheit for every 1,000 feet he climbed.

That's why we have snowcapped mountains and not snow-footed mountains.

Considering the highest-flying bird, the Ruppell's griffon vulture, can reach a maximum height of only 37,000 feet, we can safely guess that this is about the point where the thin air would have made it difficult for Icarus to use his wings. The temperatures would still have been going down at this level, hovering between -40 to -70 F depending on the local weather. So it was far more likely for Icarus to freeze to death than to have his wings melted.

What if the special wings designed by Daedalus had allowed Icarus to fly even higher than the birds? Fine, we'll go higher. 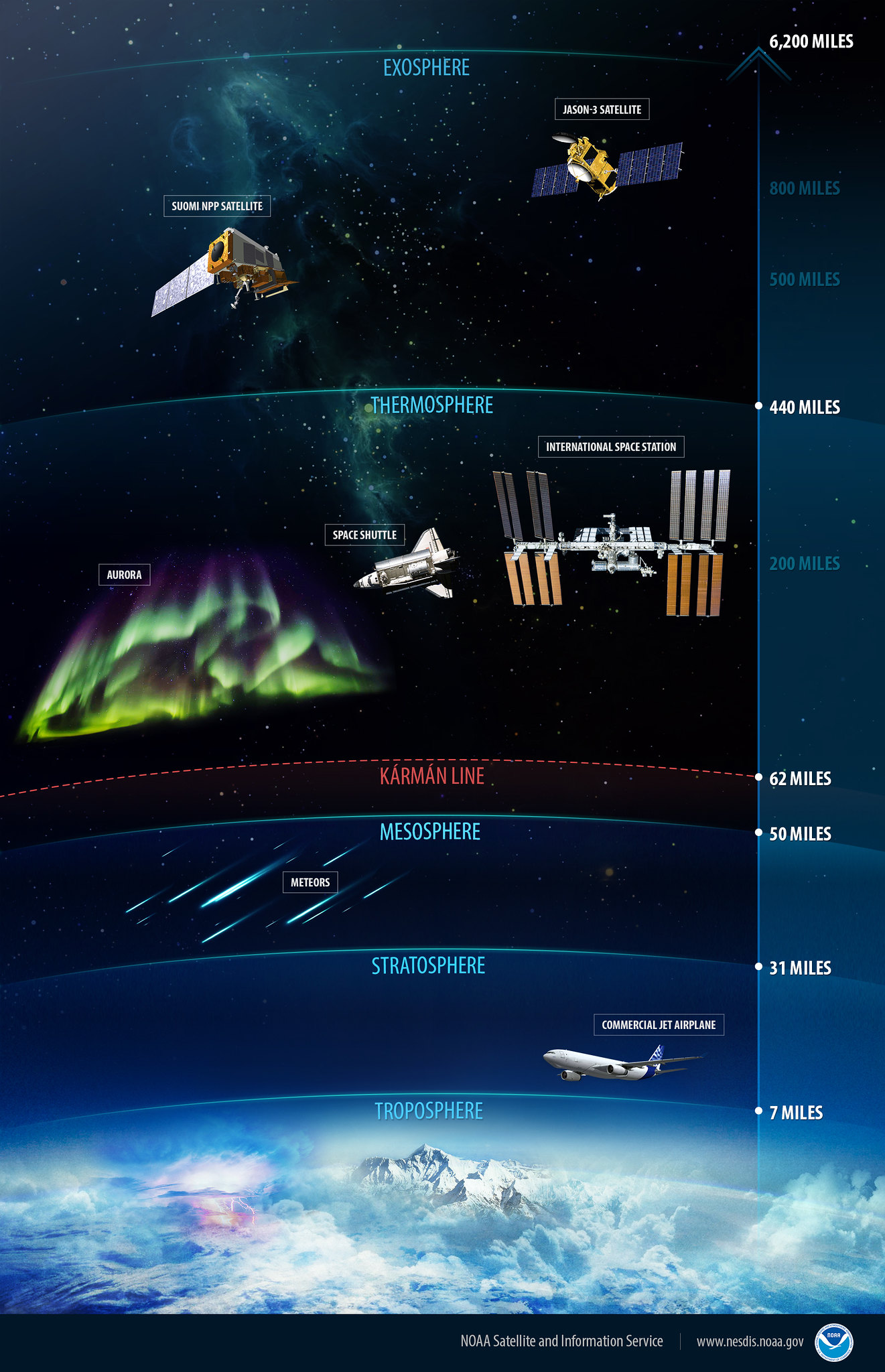 Above the ozone layer

At about 20 miles above sea level lies the ozone layer -- the sunglasses of our planet that protect us from skin cancer. You may have heard of the big ozone hole we opened over Antarctica in the '80s. Luckily, the international community at the time was able to come together and ban a long list of chemicals, which helped the ozone recover in the ensuing years.

Made up of the weird stuff that is O3, the ozone layer absorbs more than 95% of UV light from the sun. This energy absorbed by ozone is then radiated back into the air above and below the ozone layer, warming it up.

What if he went even higher? Higher than spy planes and weather balloons and that one Red Bull guy who parachuted off from the edge of space?

Assuming that Icarus' get-up included a rocket, he might have gone higher into the mesosphere, where a shooting star could have burned up next to him, melting his wings.

But the Roman poet Ovid said the sun melted his wings, not flames from a flyby meteor, so let's stick with that.

As Icarus ascended through the mesosphere, which lies between 31 to 50 miles above sea level, the temperature would drop gradually once more, down to as low as -150 F. This is as cold as things can get in our atmosphere.

By international standards, at this point of the journey, Icarus would be considered to be in space, reaching the orbit of the International Space Station thousands of years before modern astronauts.

But Ovid's imagination was not entirely wrong. The atmosphere would actually get hotter again if Icarus kept flying higher.

Let's understand the difference between temperature and heat.

Just because something is hot doesn't mean it carries a lot of heat. For example, you can hold a popsicle in a 400 F oven, and it would melt, sure, but not nearly as fast as it would if you dipped it into a pot of boiling water at a much cooler 212 F.

That logic applies here as well. There are so few air molecules left at this altitude that the ambient temperature does not mean much when heating and cooling is concerned. Instead, the heat exchange is dominated by radiation.

Not looking good for Icarus

As Icarus' wings absorbed more and more radiation in the thermosphere, the wax would eventually melt. A 2013 paper published in the Journal of Interdisciplinary Science Topics did the math and concluded that under a vacuum, his wings would have melted in under an hour from direct sunlight.

[I would like to thank Alex Young, who works on NASA's Parker Solar Probe, and César García Marirrodriga, who works on the Solar Orbiter of the European Space Agency, for their guidance on this article.]

Editor's Note (4/5/2021): An older version of this article incorrectly referred to Ovid as Greek. He was Roman. We would like to thank the commenter from Twitter who noticed the error.