How to Paint a Renaissance Masterpiece, with Eggs

A new study probes the network of protons in egg-based paints to highlight how the paint works on a molecular scale.
Image 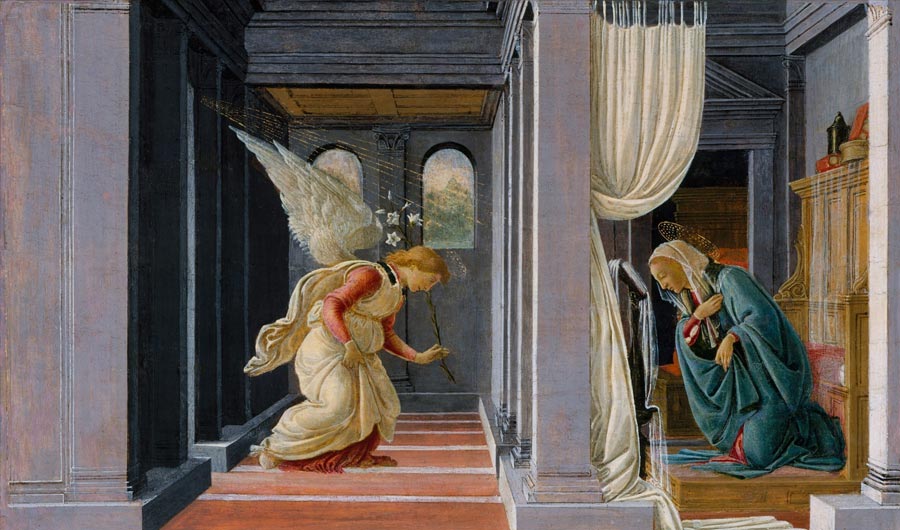 An Italian Renaissance painting by Botticelli, The Annunciation, uses tempera and gold on wood.

(Inside Science) -- Renaissance painters had it hard. They couldn’t just visit their local arts store to buy paint in whatever colors they wanted. Instead, they had to make their paints by combining dry pigments with a binding medium to make the paint stick. And one popular binding material was an ingredient you might expect to find in the kitchen instead of the artist’s studio: the humble egg.

Egg seems an odd substance to paint with, but its use has a long history. As Western art began to flourish in the late Middle Ages, painters found that protein-rich egg yolk worked almost perfectly to fix natural pigments to wood panels, dry plaster, and canvas, but plain water didn’t. "As soon as an artist paints with a pigment in water, the water evaporates -- you’re left with powder on the surface and it falls off," said Spike Bucklow, a professor of material culture at the University of Cambridge.

From about the 13th century, painters in northern Europe favored paints bound with oils. But egg-based paints -- known as egg tempera -- remained widely used in Italy for hundreds of years, Bucklow said, possibly because the technique was by then well-established. As a result, many of the most famous Italian artists, including Leonardo da Vinci, Michelangelo Buonarroti and Raphael Sanzio, painted with eggs.

Now, a new study published in the journal Angewandte Chemie has revealed details of this venerable technique. The researchers at Sorbonne University in Paris analyzed tempera made with terre verte, or green earth, a clay mined in northern Italy containing the greenish minerals celadonite and glauconite.

The scientists made the dull-green paints according to recipes written down in the 15th century by the Tuscan artist Cennino Cennini. "It is a very fat color … good for use in faces, draperies, buildings, in fresco [wet plaster], in secco [dry plaster], on wall, on panel and wherever you wish," Cennini wrote. It was especially popular as an underlayer to produce shadows in pink-colored flesh.

This widespread use, as well as one of the researchers' expertise in clay pigments, meant terre verte was a good choice for the study, said lead author Anne-Laure Rollet, a physical chemist at Sorbonne and a scientist with the French research agency CNRS. But many other pigments were also bound with yolk to make a multitude of hues, although some would later be found to be toxic. For example, bright red could be made with cinnabar or mercury sulfide, and white could be made with white lead. "All the colors were possible with minerals," Rollet said.

The researchers used nuclear magnetic resonance relaxometry -- a method for assessing the bulk properties of a substance by measuring changes in the spin of its protons -- to study the tempera when it was still wet, as it would have been when painters were applying it.

They found the wet paint contained two distinct networks of protons, one of which they attributed to the yolk proteins interacting with the pigment and the other to the interactions between the water in the yolk and the surface being painted. The two networks suggest the yolk separately fixes the pigment to its proteins and the tempera to the painted surface. "We see that granules of protein are covering the pigments," Rollet said.  The researchers also found yolk made a much thicker and stickier paint than pigment mixed with water -- features that made it good for brushing.

It’s not evident how the research will help the conservation of paintings made with egg tempera, but "I think this work is a start," said Narayan Khandekar, the director of the Straus Center for Conservation and Technical studies at the Harvard Art Museums. "There is a way to go before it has real-world implications, but it is very promising and I am curious to see what else they find."

Khandekar, who was not involved in the study, said egg tempera has been used by several modern artists, including Edward Wadsworth, Mark Rothko and Andrew Wyeth, so the research applies beyond just Renaissance painting.

For Spike Bucklow, who was also not involved in the study, the findings illustrate the subtle skill of painters who settled on egg yolk as a binder in their experiments several hundred years ago.  "This shows how sophisticated the chemistry of people in the 13th, 14th and 15th centuries was," he said. "They may not have had nuclear magnetic tools to play with, but they had extraordinarily good observational skills and they understood this kind of thing just by the feel of the paintbrush." 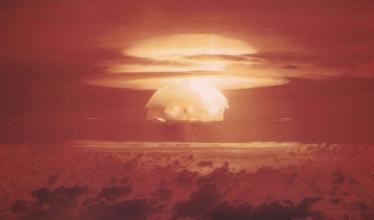 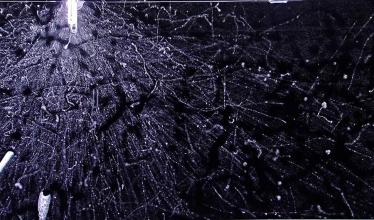 What Can the Death of a Neutron Tell Us About Dark Matter? 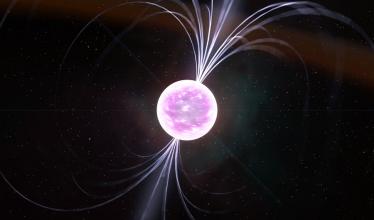 From Tiny Neutron Skins, the Secrets of Neutron Stars