If A Network Is Broken, Break It More 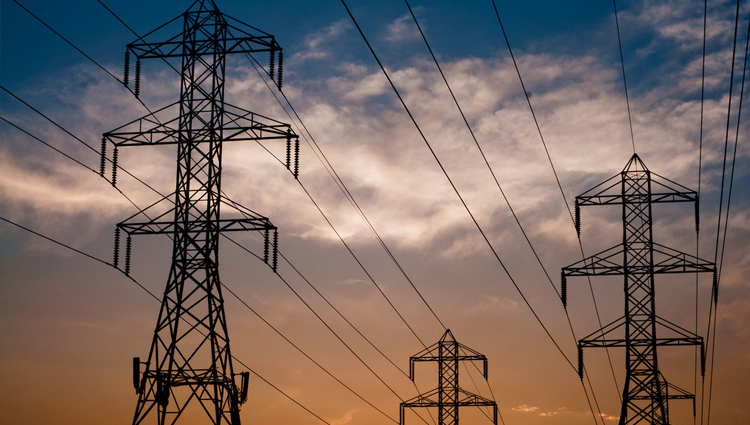 (ISNS) -- From the World Wide Web to the electrical grid, networks are notoriously difficult to control. A disturbance to just one part of the system can spread quickly and affect the whole thing. But this problem is its own solution: by selectively damaging part of the network, we can bring the entire system to a better state.
Why is it so important to manipulate networks? These complex systems pervade our everyday lives, from telecommunications systems to the connected neurons that form memories in your brain.
Unfortunately, nudging just a few nodes of a network can cause the entire system to malfunction. Take the electrical grid: A few downed power lines can trigger widespread blackouts. And it takes a lot of work and expensive materials to fix the broken components.
Instead of replacing the damaged lines, what if we could restore power to the whole grid by strategically disconnecting even more lines? That's just what researchers at Northwestern University, in Evanston, Ill., aim to do, but for more than simply the electrical grid. In a paper published in Nature Communications, scientists outlined a new method for controlling any complex network.
The technique takes advantage of how interconnected a network is. "Because these systems are connected, a perturbation that might be deleterious, such as a disease, can spread through the system and affect things beyond those that were initially attacked," explained the paper's lead author, Northwestern graduate student Sean Cornelius.
Yet it is these very connections that make manipulating a network much easier. "It is in general possible to fight fire with fire," continued Cornelius. "In the same way you can poke a system in a wrong way and cause damage, what if you were able to perturb it in a way that would heal it?"
Take the web of interactions within a cell. If you knock out an important gene, you will significantly damage the cell's growth rate. However, it is possible to repair this damage not by replacing the lost gene, which is a very challenging task, but by inactivating additional genes.
The key lies in finding the specific changes that would bring a network from the undesirable state A to the preferred state B. Cornelius's mathematical model provides a general method to pinpoint those changes in any network, from the metabolism of a single cell to an entire food web.
For example, when an invasive species enters an ecosystem, it competes with the native creatures for resources. The obvious solution would be to root out the invaders -- but this can be incredibly difficult. Instead, Cornelius suggested, you might kill off the food source of the invaders, driving them to extinction. In this case, a few species would be controlled to save the ecosystem as a whole.
Earlier research applied similar methods to specific systems, such as cells and ecosystems, but the new study looks at networks in general. "Previously, our research had focused on particular systems," said Cornelius, "but there was no uniting theory to show these should be possible in general networks. We're hoping our method is broadly applicable to whatever your favorite network might be."
To improve its accuracy, the new method uses a complex network model. "They've got some novel things they're doing with non-linear analysis," commented another network researcher, Frank Doyle from the University of California, Santa Barbara. Networks are non-linear systems, but Doyle and many other researchers approximate them as linear ones.
In a linear system, a small change produces a small response. For example, if you turn up the thermostat a little, your surroundings are supposed to warm up slightly. But in certain office buildings, it can feel as if adjusting the thermostat by just a few degrees takes the entire room from unbearably cold to sweltering. This disproportionately large response is typical of non-linear systems, and makes them very difficult to control.
Another trait of a non-linear system is that it can achieve stability in more than one possible state, which actually came in handy for Cornelius's team. "Because there are multiple possible outcomes, we might, by making a judicious adjustment, get the network to transition from a bad to a good state," Cornelius pointed out. "Even though non-linearity complicates things, it also offers a mechanism for controlling the network."
But whether you choose a non-linear or a linear model, both simplify real world circumstances. "The non-linearity is a step in the right direction, but there are other complexities in these networks, in nature, that really make it very difficult," Doyle emphasized. "A method that uses a mathematical model is an approximate method by definition."