A laser that produces intervals of nothingness needs a job.
Image 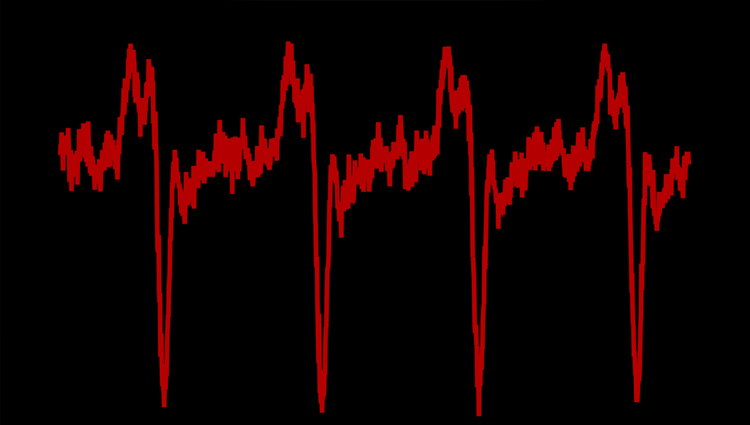 Courtesy of the National Institute of Standards and Technology

WASHINGTON (ISNS) -- Lasers were invented 50 years ago, and at first no one knew what to do with them. Applications weren’t long in coming. Pulsed lasers shoot out tiny bursts of concentrated, single-color light that is used for performing surgery, scanning groceries, and carrying digital information.

Now, scientists have produced a stream of pulsed laser light that periodically dips down to nothing. Between the intervals of bright light are brief stretches of almost total darkness. And again the scientists aren’t quite sure what to do with this new kind of laser.

In most lasers, atoms -- whether in the form of in a liquid, gas, or solid -- sit inside a reflective cavity and absorb energy from outside, usually electricity. Then the atoms act cooperatively in building up a cascade of light all at the same color.

At the National Institute of Standards and Technology in Boulder, Colorado, the dark-pulse laser material consists of an array of tiny specks of matter. The specks, called quantum dots, emit laser light in their own way but also contribute to a concerted laser action for the whole array. The resultant combination of laser light adds up to a signal that is sometimes there and sometimes not there.

"Dark pulses are of potential interest in optical fiber-based telecommunications systems," said Richard Mirin, one of the NIST scientists. One reason for this is that darkness, or the absence of light, is not as vulnerable to the distortions suffered by pulses of actual light as they move down the fibers that carry an increasing share of internet, cable TV, and phone signals.

Lasers used in sending such messages down fibers are typically turned on and off and on artificially by a separate device that chops the light beam into light and dark bursts in order to encode data. In the case of the NIST dark-pulse laser, however, the interaction among the quantum dots within the laser itself is responsible for the dark spikes.

Mirin and his NIST colleagues recently published the news of the dark pulse laser in the journal Optics Express.