Lullabies May be Product of Battle Between Parents and Babies

New theory views lullabies as a signal to babies that parents are giving all they can.
Image 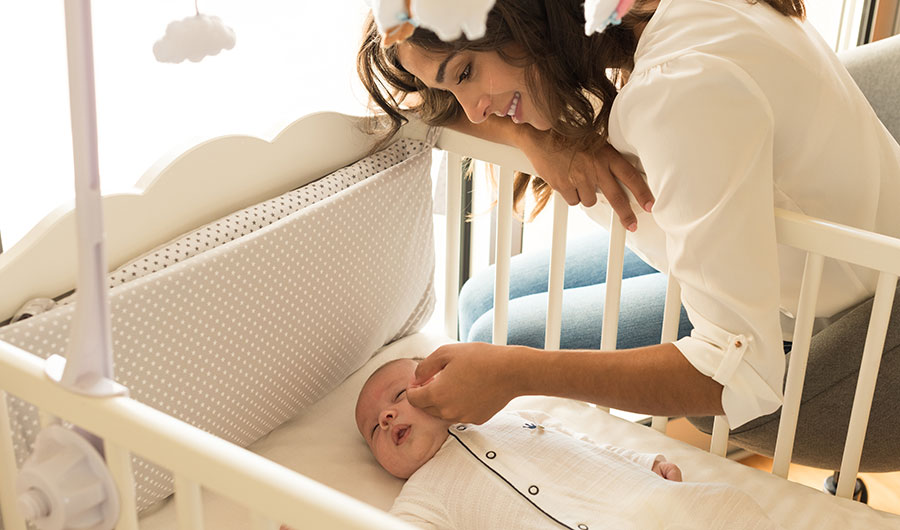 (Inside Science) -- Picture a mother softly singing to her baby. The image probably doesn't make you think of struggle and conflict, but that may be exactly how such music evolved. Two Harvard researchers propose that the soothing songs we sing to infants arose as signals of a parent's attention -- signals that grew ever richer as infants demanded more and more proof of mom and dad's devotion.

"In ancestral environments, infants are constantly in danger from predation, from starvation, from infanticide, from all kinds of really nasty things," said Samuel Mehr, a cognitive scientist at Harvard University in Cambridge, Massachusetts and co-author of a paper published last September in the journal Evolution and Human Behavior. "Music … could be a really good honest signal of attention that would basically tell the infant, 'Yep, I'm here; I'm looking after you; everything's cool.'"

The researchers even suggest that lullabies could have been a precursor to other forms of music. And while they emphasize that this origin-of-music idea is highly speculative, their theory about how lullabies evolved is partly testable. Indeed, some of their predictions have now been borne out in a study of people with a rare genetic syndrome.

Mehr started thinking about lullaby evolution while he was studying how babies react to music. Singing to infants is widespread across cultures, perhaps universal, and research suggests that babies are impressively sophisticated listeners. They recognize rhythm and familiar melodies, and they use singing to glean social information. But for Mehr, such discoveries only raised more questions.

I kept running up against this issue, which is just like, we don't even know why this behavior is happening in the first place," he said.

In one sense, it seems obvious why people sing to infants: It soothes them, and it offers a way for parents to connect with their babies and forge social bonds. But that doesn't explain why singing in particular would emerge for that purpose. Mehr and his co-author Max Krasnow, also a Harvard psychologist, suspected that the true roots of lullabies lay in conflict.

Children do best when they get huge amounts of parental investment, while parents are usually better off saving some resources for other current or future children. This leads to all sorts of parent-offspring conflicts, beginning even before birth. For example, human fetuses gain extra nutrients by preventing the mother's arteries from constricting.

But investment doesn't just mean nutrients, noted Mehr. It also means attention -- time that parents spend guarding and caring for their babies instead of doing something else. This presents a problem for the baby, because it's not always obvious when someone is paying attention. Even eye contact isn't a reliable signal, as anyone who has zoned out during a work meeting knows.

According to Mehr, lullabies may have started as simple vocalizations to reassure an infant. It's in the parent's best interest to provide the best signal possible, so that they can soothe their baby with a minimum of effort. Meanwhile, it's in the baby's best interest to demand as much attention as the parent will give. Thus, parents would gradually make their signals more distinctive and complex, while babies would grow more discriminating, eventually leading to song.

Steven Pinker, a Harvard cognitive psychologist who commented on an early draft of the paper, said in an email that he thinks Mehr and Krasnow offer a plausible explanation for how lullabies arose. Likewise, Dean Falk, an evolutionary anthropologist at Florida State University in Tallahassee and the School for Advanced Research in Santa Fe, New Mexico, who was not involved in the research, generally agreed with the theory. She said it resembles some of her own writings suggesting that speech and song arose in tandem through mother-infant communication.

But others are more skeptical. Lullabies themselves may not even be adaptations that directly increase evolutionary fitness; instead, they could be side effects of other adaptations, heavily shaped by culture.

"I guess [the researchers] would still be in the minority in arguing that music is an evolutionary adaptation," said Sandra Trehub, a psychologist at the University of Toronto who has studied infants and song extensively and was not involved in the project.

Trehub noted that lullabies are just one of many ways to soothe a baby, and probably not even the most important one. Mehr readily acknowledged the point.

"Obviously, picking up a kid and sheltering them from an oncoming attack is much better protection than singing to them," he said. "The idea is that [singing is] one of the suite of attention-based behaviors that is a particularly honest signal of attention, regardless of what else is going on."

The real strength of Mehr and Krasnow's theory is that it comes with testable predictions. For example, if lullabies evolved early in human history, they should sound similar all over the world, and infants everywhere should find them similarly soothing. Indeed, lullabies across the globe seem to share common features such as a slow rhythm and simple structure, and no one has yet documented a culture where they don't exist, said Trehub. Mehr and his colleagues are now systematically comparing lullabies across cultures.

A less obvious prediction involves the normal tug-of-war between genes inherited from the father and those inherited from the mother. From a mother's perspective, it's best to have a relatively undemanding infant that lets her save strength for the next child. But the woman's next baby may be with a different father, so it's in the father's best interest for his current child to demand more, at least up to a point.

Normally, the battle between maternal and paternal genes is invisible, balancing out to a moderately needy baby. But two rare genetic disorders offer a striking peek at what's really going on.

In Angelman syndrome, the paternal genes from a particular stretch of chromosome are expressed more than the maternal genes, resulting in abnormally high investment demands. Babies with Angelman syndrome are heavy at birth, and they often suck so hard when nursing that they choke on their milk, according to Krasnow. They also smile more at their caregivers, which tends to elicit extra attention.

Mehr and Krasnow reasoned that if lullabies are part of how infants demand and receive investment, then these syndromes would affect how people react to music. Babies with Prader-Willi syndrome should either express little interest in song, or they should be more easily satisfied by it.

"They should be altered in such a way that mom's investment works better. Like, it counts more," said Mehr. Angelman syndrome, meanwhile, should have the opposite effect.

Because both syndromes are rare, the researchers can't study them using only infants, said Mehr. But they have tested how 39 people of various ages with Prader-Willi syndrome react to music, and they are in the middle of a similar study with Angelman syndrome. Last August in the journal Psychological Science, they reported that people with Prader-Willi syndrome move more than people typically do during songs, and afterward their heart rates drop more dramatically, indicating that they become deeply relaxed. In an email, Pinker called the study "an ingenious way of supporting the idea that singing to infants is a tactic in parent-offspring conflict."

Of course, the new theory for why we sing to infants remains far from proven. But if it's true, it casts lullabies in a new light: as tools that have been helping babies survive for millennia.