A new study looked beneath blacked-out portions of letters to see if a relationship with a Swedish count was more than a friendship.
Image 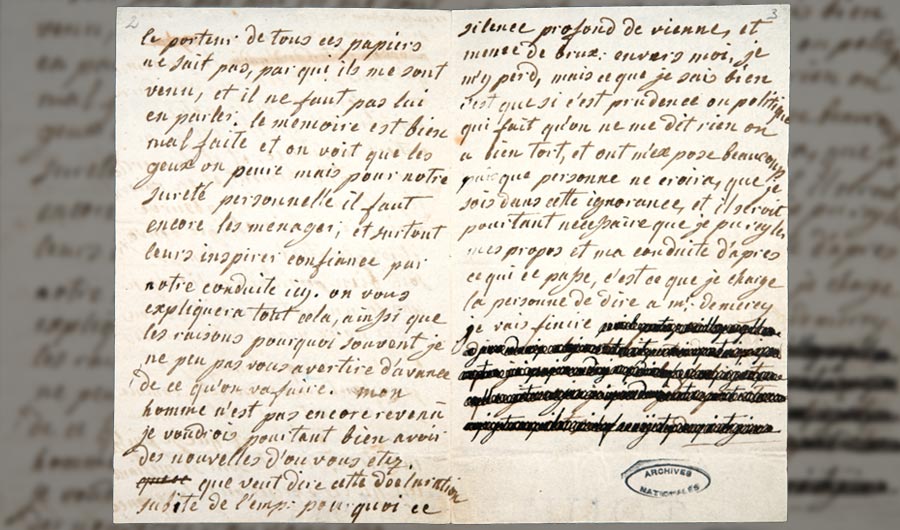 The second page of a letter from Queen Marie-Antoinette to Count de Fersen dated January 4, 1792.

(Inside Science) -- It was late 1791 or early 1792, in a palace on the right bank of the Seine River in Paris. The world was about to change -- drastically. France was on the cusp of revolution as different factions struggled for control. The country's queen, Marie Antoinette, was closely watched and monitored after an attempted escape to Varennes, France failed. But she still managed to sneak out letters to her friend and rumored lover, the Swedish count Axel von Fersen.

For 150 years, researchers wondered what secrets those letters held. Von Fersen had made copies of them, but words and passages within the copies were heavily redacted by an unidentified censor who had blacked them out with ink.

Now the world has a peek into the romantic lives of Antoinette and von Fersen. In a paper published last week in the journal Science Advances, researchers revealed the letters' once hidden words and phrases. The scientists used a technique called X-ray fluorescence spectroscopy, which can detect the chemical signatures of different inks without damaging documents. The letters show a deep friendship between Antoinette and von Fersen, but stop short of confirming that they were romantically entangled.

"It's always really interesting to see what comprises those thoughts that a person considers really intimate and decides to hide," said Anne Michelin, a conservation researcher at the French National Museum of Natural History in Paris, who co-authored the new research. "We know what is really intimate and what is public information."

Michelin and her colleagues applied X-ray fluorescence spectroscopy to analyze the redacted sections of 15 letters. The researchers successfully read 8 of the letters, where they found consistent differences in the copper-to-iron and zinc-to-iron ratios of inks in the original texts and ink in the redactions, which they mapped to reveal the original text. The researchers also used statistical analyses to clarify more sections.

The censored writing showed emotional tokens of affection between the French queen and the Swedish count: words like "beloved," "tender friend," "adore" and "madly."

The scientists add that many letters in the archives supposedly written by Marie-Antoinette were actually copies of the originals made by von Fersen. Copying letters was a common practice at the time, for administrative reasons (like backup storage before hard drives). Because the ratio of ink elements in the writing and the blacked out sections was similar, von Fersen was likely the person who censored the documents.

The count redacted a line and added text above it in the same ink to ensure the line would still be readable, changing "the letter of the 28th made my happiness" to the milder "the letter of the 28th reached me." The researchers say this was done for political reasons, to avoid a compromising situation if the letters should fall into the wrong hands.

Looking underneath the surface to reveal something hidden is a common goal in document research, said Aniko Bezur, a researcher at Yale University's Institute for the Preservation of Cultural Heritage, who was not involved in the Antoinette research. Bezur was part of a team that recently determined that the Vinland map, a document that seemed to reflect Viking voyages to North America, was a forgery.

She said that information overlaid with other writing poses challenges and opportunities for researchers. "Sometimes you get really lucky because the ink is different enough for you to be able to tell, and sometimes you're unlucky." Bezur said the paper's authors don't just use one tool to uncover the writing -- they discuss many approaches that would be helpful to other researchers.

Researchers focus on non-invasive methods so the documents can be preserved for future scientists, who may have even better techniques to use. "There's a cost to everything that we do in terms of handling the objects," Bezur explained. "We have to do this sort of cost-benefit analysis that involves the caretakers and the owners of that object so that we don't compromise future attempts of decoding if there are new techniques or new analytical approaches that can do an even better job than we can."

If Marie Antoinette were writing today and wanted her messages to remain secret, she might be deleting her texts or putting alterations in tracked changes in a document, Bezur said. Those kinds of changes would be unearthed by IT specialists who would decode a different method of altering correspondence. "It's an interesting contrast between now and centuries ago … how different our practice of communication has become."

Michelin was struck by the interplay of intimate communication and political questions in the letters, which also include comments on current events and politics. "The words are really strong, so we can see a relationship that is really sincere. But it's also influenced by this time of crisis: It's interesting to see how political events and personal relationships are mixed." 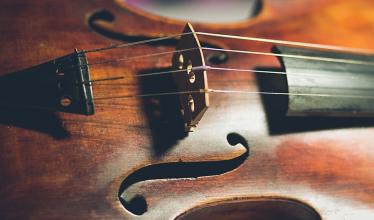 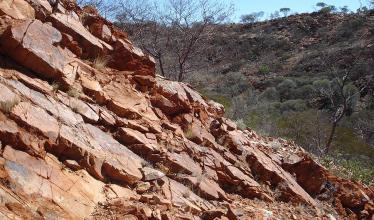