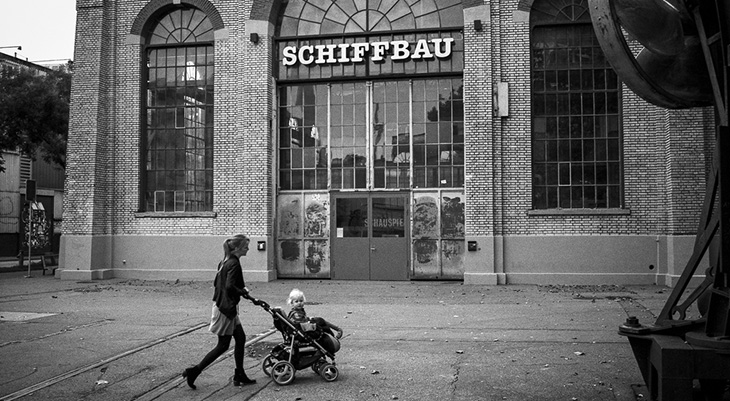 (Inside Science) – Flip through the pages of any parenting magazine and you'll be inundated with tips that promise to keep children safe, healthy and happy. But are the advertisements slipped within the pages of these well-meaning volumes of parenting advice undermining pediatricians?

A new study presented last weekend at a meeting of the American Academy of Pediatrics in Washington, D.C. has discovered that a significant number of advertisements in two of the most popular parenting magazines in the U.S. contained ads with images that show violations of several AAP safety recommendations.

For the study, lead author Michael Pitt, an assistant professor of pediatrics at the University of Minnesota Masonic Children's Hospital in Minneapolis, and his team combed through the 2009 and 2014 issues of both Parents and Family Fun, the two highest-circulation parenting magazines. Any ads for products intended for children’s care or use were included. Ads for products like car insurance or pet food were not included in the study.

All told, the team reviewed 3,218 advertisements, 1,845 ads in 2009 and 1,373 ads in 2014. The ads were cross-checked against published AAP recommendations including policy statements, clinical practice guidelines and AAP textbooks. Any ad that in some way contradicted these recommendations, either the product itself or the depictions in the ad, was flagged as a violation. The initial result was reviewed by a separate team for accuracy and consistency.

"I think many parents are surprised to see how many things the AAP has recommendations on … ranging from how to use a shopping cart to how much toothpaste to put on a toothbrush," said Pitt.

Of the ads reviewed, 337 of them, or about 16.5 percent, had one or more violations. In some cases it was an issue with the ad depiction. For example, an ad for lemonade that showed a kid on a bicycle who was not wearing a helmet was considered a violation, Pitt explained.

In other cases, the product advertised was the problem.

"Given the over 30,000 injuries from trampolines in the ER every year, [AAP] recommended not having backyard trampolines. So an ad for a trampoline, that was just in clear violation," said Pitt. "Same thing with infant walkers."

Other ads showed choking hazards, children's medications deemed unsafe or not approved by the AAP, and lack of helmets, life preservers or other safety gear.

"We know from study after study that advertising influences behavior. So our concern is that since advertising represents an ideal whether or not it is explicitly stated, these images can reinforce things that are unsafe for children," said Pitt.

Meredith Corporation, the parent company of the magazines in the study, did not respond to a request for comment from Inside Science.

Richard Lichenstein, a professor of pediatrics at the University of Maryland School of Medicine in Baltimore, who was not involved in the study, worries that the images in these ads undermine the advice parents receive from pediatricians and may reinforce unsafe and outdated parenting practices.

He calls it the "culture of Grandma."

There are some parenting practices that were common or even recommended in the last several decades that more recent research has found to be unsafe. Seeing an infant sound asleep on his or her stomach in an advertisement may persuade new parents to go against their pediatrician's advice, even if implicitly.

"People are going to be trying to make money despite the fact that it doesn't go along with what's best for the children," said Lichenstein.

Lichenstein said fellow pediatricians and advocacy groups will often flag advertisements and other public messaging that contradicts AAP best practices, acting as an informal watchdog group to raise awareness of the impact of public messaging.

"This is something that as pediatricians we have to be vigilant on," said Lichenstein.

In some cases, the advocacy works.

Pitt and his team saw a "statistically significant drop" in the number of advertisements with violations against AAP recommendations for sleep safety, oral hygiene and screen time.

"In 2009 sleep safety made up 7.2 percent of the violations … and in 2014 there was only one ad" that violated AAP infant sleep recommendations, said Pitt.

He attributes the drop to advocacy efforts.