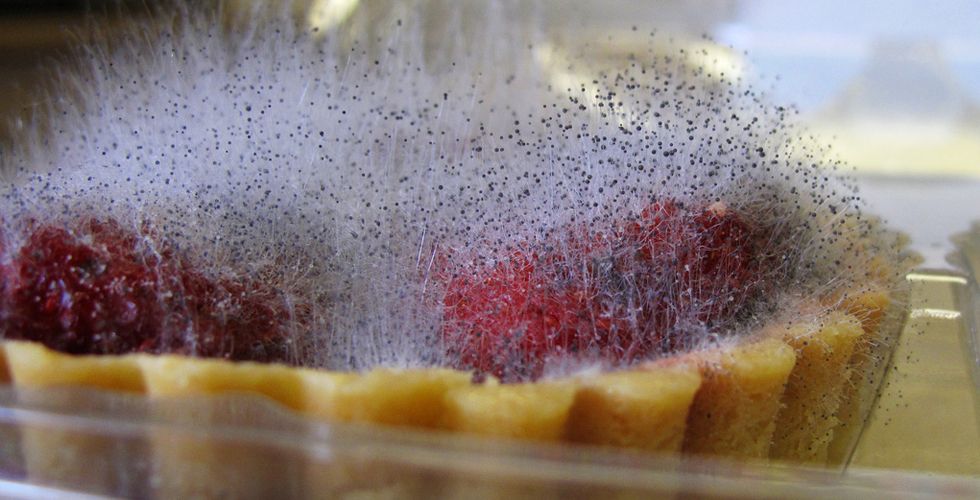 Humanity's relationship with fungus is complicated. On the one hand, accidental encounters with these distinctive organisms have given the world such wonders as penicillin and blue cheese. On the other hand, nothing can ruin a day quite like moldy bread.
Regardless of your opinion of this natural wonder, a group of scientists from UCLA and the University of California, Berkeley recently discovered how these organisms grow so quickly.
The answer sets the fungus apart from just about every other class of organism in nature and gave us a really cool YouTube video.
When genetic diversity is good
Unlike properly functioning animal cells, fungus cells can have more than one nucleus, which means that multiple, genetically different nuclei can co-exist within one cell space.
A similar amount of genetic diversity within a human usually means that person has cancer.
But, the presence of genetically diverse nuclei within a fungus is actually the fungus' greatest strength.
By packing a bunch of nuclei from different families under one roof, so to speak, the whole fungus cell becomes more infectious. Here’s the catch: every part of the fungus must have a mixture of each type of genetically distinct nucleus in order to multiply.
So the question becomes: how do these genetically unique nuclei travel through the fungus allowing it to grow and spread at such a rapid rate? The answer is: they turn their cells into a kind of freeway system.
Life is a 'fungal' highway
According to the research, as the fungus cell's tubular filaments that carry the nuclei around the cell grow, the flow process within the cell continuously distributes the different nuclei throughout cell in increasingly complex patterns, which allows the cells to grow…and grow and grow.
Eventually, the patterns become so complex that the whole network begins to take on a form that scientists liken to the 405 Freeway, a notoriously congested stretch of highway along the coast of California.
Math versus Nature
The filament network that distributes the nuclei is so effective – let's face it; mold gets everywhere – that Marcus Roper, a mathematician at UCLA wanted to see if this dynamic movement was expertly engineered by the fungus for optimal nuclei mixing, or if he could design a superior network using a mathematical model.
For the study, published in the Proceedings of the National Academy of Sciences of the United States, Roper and his team analyzed the geometry of the fungus' network. Then they altered the fungus' network and created several mathematically generated alternative networks of their own design. Finally, they compared the models to see which most effectively distributed the nuclei.
To make a long story short, no man-made network could trump the nuclei-mixing power of the fungus' homemade network.
The continual flow of nuclei facilitated by the complex network, according to Roper, allows the fungus to tolerate internal genetic diversity, something no other class of organism can withstand.
During his research, Roper designed a video model of a single fungus cell that shows the complex network in brilliant action.
Roper hopes to use mathematics to make new discoveries and answer questions about how other cells solve physical challenge – similar to the way the fungus expertly distributes its nuclei – that biology does not answer.
"It's not at all obvious from the biology that there would be any benefit to being multicellular, but we found a benefit," Roper said in a statement.
Filed under
Biology
Microbes
Genetics
Author Bio & Story Archive