Inside Science chats with Megan Povey about her research and what she has learned from transitioning genders late in life.
Image 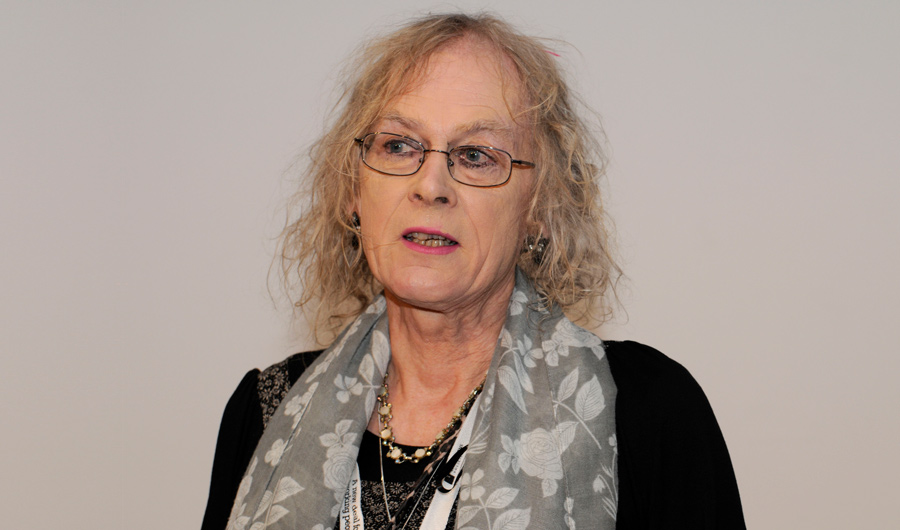 (Inside Science) -- Megan Povey has spent half a century building a reputation as a food physicist. She has shown how sound waves can be used as a tool to study food properties, to test food quality and safety, and even to control food's texture. From the 1970s until late 2017, she did that work under another gender identity: that of a man named Malcolm.

Povey is a professor at the University of Leeds in the U.K., a fellow of the U.K.-based Institute of Physics, and she helped found the IOP's Physical Acoustics and Physics in Food Manufacturing groups. Her long career has given her a unique view on how cultural values and beliefs about gender have changed over time, and how those changes are affecting academia in the U.K. and beyond. For her part, Povey says she is enjoying a new surge of scientific productivity in her seventies, thanks to the freedom that comes from living as her authentic self.

This Pride Month, Povey spoke with Inside Science's Nala Rogers about her research, her gender transition, and the evolving culture of the physics community. The conversation has been edited for length and clarity.

Nala Rogers, Inside Science: What was it like getting a Ph.D. in physics and starting your career in the 1960s and ‘70s while having to present as a different gender?

Megan Povey: Very lonely. But on the other hand, I was very excited by the ideas. And I love physics, and I was very good at it, and confident. So, you know, within a purely kind of scientific environment, I was happy because I just related to the science and to the other scientists on the level of science. …

I couldn't have talked about my thoughts, my feelings. It all had to be hidden, how I felt about people, everything. It had to be entirely intellectual. That's why I put so much time and effort into it. All the intellectual parts of me I developed, because it was safe.

In an interview with Physics World, you said you had military defense contractors trying to hire you out of grad school. I understand they thought your research might help cloak aircraft and make them invisible to radar. Why did you turn those jobs down?

It was the Vietnam War. I'd become anti-war. Actually, I've been anti-war all my life. … I decided that I didn't want to do anything that was about killing people.

And how did you end up in food science?

We were starting a young family, and I needed money. And actually, my partner saw an advert for a job in food science and she said, 'Well, why don't you apply for that?' And I said, 'I don't know anything about food science. I'm a physicist.'

But it turned out that physics had a lot of applications in food.

Yeah. I'd developed non-destructive material testing techniques for steel. So I actually put in a research proposal as part of my job application, proposing that I use these methods on foods, because it meant you didn't have to put a device into the food, so it would be hygienic. And also, you can measure things about the food that were impossible by any other means. And that's still the case.

A lot of your research has involved ultrasound. What are some of the things you can measure or control in food using sound waves?

Crystallinity. You know, crystals are the key to chocolate, butter, fatty spreads.

I think I saw a patent by you for a device that uses sound to control how fats crystallize.

That's right. It allows you to change the crystal structure and control the way it crystallizes, so you can change it from solid to liquid and back again.

People usually do that by changing things like temperature, right?

Well, they try to, but it's actually very difficult to control crystallization.

I've certainly had the experience of having chocolate melt and then reharden, and having it be totally the wrong texture.

Not all your work involves sound, though. I saw a some recent papers about new packaging materials that show when the food inside has spoiled.

Yes. The idea is that we use naturally occurring substances like polyphenols, which you extract from beet root, and use them to detect things like sulfites or ammonia, which are generated in the putrefaction of meat.

So you've been doing all of this innovative research over decades. At what point did you start thinking about transitioning?

Kind of all my life. But until I transitioned, it was something I was absolutely terrified about. I was terrified about my own feelings, terrified that somebody might detect my feelings.

What sorts of changes or developments made it possible for you to actually take the plunge?

Stonewall and gay rights kind of paved the way. But to begin with, that didn't affect me, because I didn't think I was gay. And it was really, you know, when a language began to be developed about trans and bi and queer, which was adopted by young people. Having the words helped me a lot, because I then began to understand what the implications were.

How did life change for you after you transitioned?

I had in my head what I call a gender policeman. So everything that I said or did was first censored by a part of my brain. And, you know, it was only a few months after I transitioned that I realized that that part of me had existed. And that's gone, you see. So basically, I was deploying a lot of intellectual effort simply in pretending to be Malcolm. And it was so tiring and so painful.

How have people in your life reacted?

I was just completely amazed by how accepting the vast majority of my colleagues and my family and our friends were and are.

If I was going to come out, working at a university was the place to do it, of course.

So do you think academia is doing pretty well in terms of being supportive and welcoming to people of all gender identities?

I think it's not doing wonderfully. A lot of the senior academics are -- I mean, certainly in my experience, they can't deal with the challenges that are being thrown up, for example, by non-binary. And the legal frameworks in Europe are still very binary. So in some respects, it's easier to become a trans woman or a trans man than it is to become they/them.

[And] I think if I'd been a woman when I was at university, I wouldn't have made it as a scientist.

What makes you say that?

I think the biggest thing is the career hit when women have children, because the whole business is so competitive. That really works against women. You know, you've got nine months, say, in your whole career [that you take off after having a baby]. So maybe that's three prestige papers. Your CVs are being compared. It's supposedly objective, but it isn't.

This discrimination goes right to the top of the institutions. I mean, even sort of eight years ago, a pro-vice-chancellor of a university said to me, 'The trouble with women is that they have children.'

Wow. Do you think there's anything the physics community and academia more broadly can do to become more welcoming and supportive of gender diversity?

I think it needs a cultural change. I think the extreme competitiveness and backstabbing has to stop. It has to become collaborative. And more needs to be done to ensure that both partners get time off for childcare.

It sounds like what you're saying is we need to make the physics community a safer, more compassionate place for everybody. 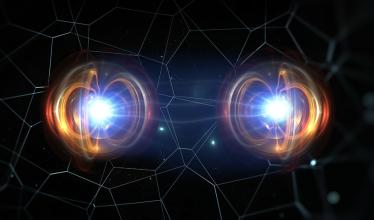