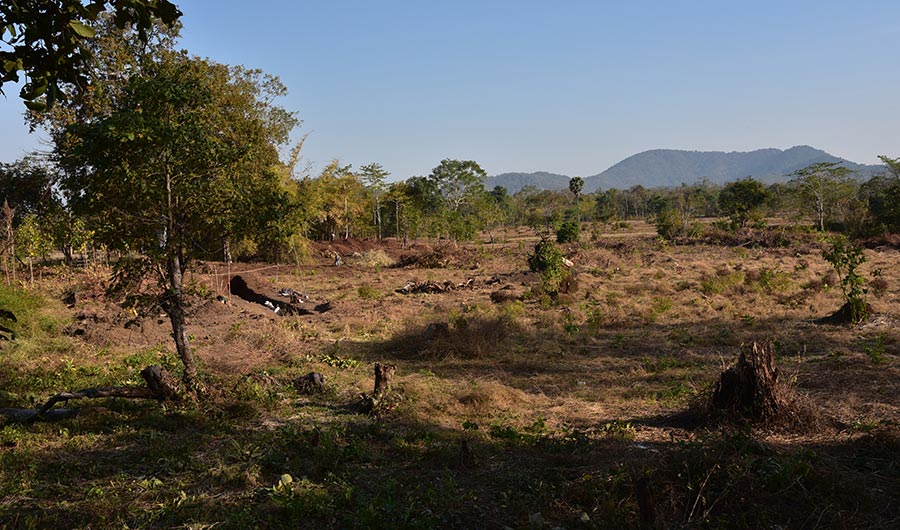 The excavation site is in the foreground, and Phnom Dek (Iron Mountain) is in the background.

This image may only be reproduced with this Inside Science story.

(Inside Science) -- Earth’s ancient inner stirrings are recorded in the detritus of a once glorious southeastern Asian empire.

By studying what was once an iron smelting site in Cambodia, archaeologists and earth scientists unveiled a sharp change in Earth’s geomagnetic field direction and strength that occurred about 10 centuries ago. The new data, published this week in the journal Proceedings of the National Academy of Sciences, marks the first archaeomagnetism records from southeastern Asia. The researchers believe it will fill gaps in scientists’ understanding of Earth’s past magnetism, illuminating how the planet’s protective sheath may change in the future.

Earth’s liquid outer core generates a magnetic field that surrounds the planet and shields it from harmful particles streaming from the sun and distant cosmic sources. Some scientists have proposed that changes in the field’s direction or strength coincide with extinctions, or even a shift in early human behavior that occurred about 42,000 years ago.

Reconstructing Earth’s past magnetic fields can shed more light on such events -- for both global changes and more localized shifts. Lisa Tauxe, a geophysicist at the Scripps Institution of Oceanography at the University of California, San Diego, set out to study southeastern Asia because it was largely missing in those geophysical models. "I will go anywhere, anytime that an archaeologist will let me go and play with their stuff," she said.

More stories about history from Inside Science

Tauxe worked with Mitch Hendrickson, an archaeologist at the University of Illinois at Chicago, who was excavating an iron-smelting site built by the Khmer Empire, which ruled Cambodia from the 9th century through the 14th centuries before collapsing. His team uncovered three iron furnaces at Tonle Bak, located in south-central Cambodia, which provided weapons and building material to fuel the Khmer Empire’s expansion beyond its capital of Angkor. Hendrickson’s team studied furnace fragments, slag waste left over from iron smelting, and tuyères, or air-delivery pipes.

When Tauxe and her team examined the iron waste, they found the Earth’s magnetic field moved suddenly westward and then eastward between 1200 and 1300. They also noticed a sharp decline in the field’s strength between 1100 and 1300. The changes suggest anomalies in Earth’s interior, which can affect how the magnetic field emanates through the surface, especially in areas near the equator, Tauxe said.

A weaker magnetic field would be a less effective shield against solar storms or cosmic rays, which in today's modern world could harm power grids and satellite communication systems. Some geophysicists have suggested Earth’s magnetic field might soon reverse direction, but Tauxe is skeptical about such a catastrophic shift. Instead, she argues the new evidence suggests the magnetic field may weaken, potentially suddenly in isolated locations.

"We should be thinking about how to armor ourselves against a large change in the magnetic field” instead of a total pole reversal, she said. “It will go down fast, it will continue to go down, and that does leave us vulnerable.” 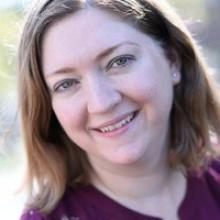