The new laureates discovered the first planet orbiting a solar-type star and improved our understanding of how the universe evolved.
Image 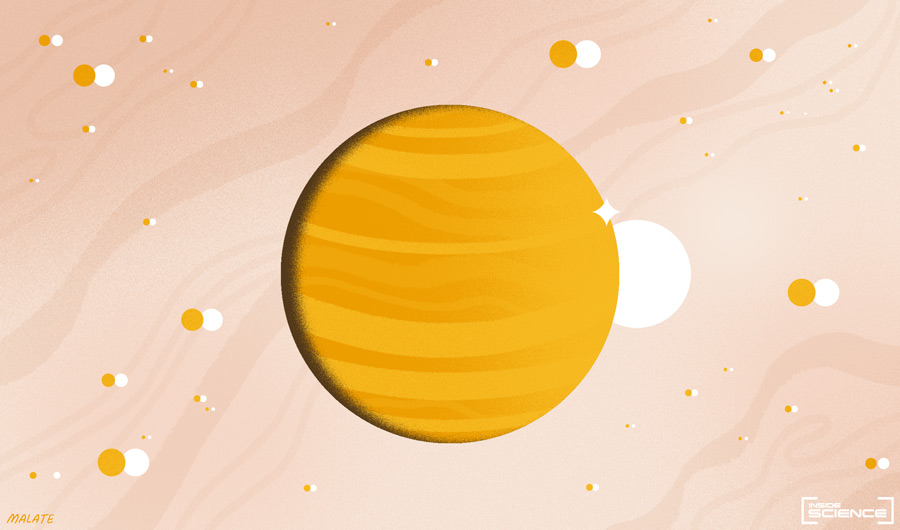 “Cosmic background radiation was discovered in 1965 and turned out to be a gold mine for our understanding of how the universe developed from its early childhood to its present day,” said Mats Larsson, a member of the Nobel Prize Committee. “Were it not for the theoretical discoveries of James Peebles, the wonderful high precision measurement of these radiations over the last 20 years would have told us almost nothing.”

Peebles made major theoretical contributions that improved the understanding of the universe, including the cosmic microwave background, dark matter, dark energy, and the Big Bang model.
Ulf Danielsson, another member of the Nobel Prize Committee, explained the importance of Peebles’ contribution to physical cosmology. Using a cup of coffee, he illustrated the components of the universe.

“This is the dark energy,” said Danielsson, as he poured the dark coffee into a glass mug. Then he added a dash of cream. “This is the dark matter,” he said. Finally, he sprinkled a tiny bit of sugar into the mug. “This is the ordinary matter. This is what science had been all about for thousands of years, up until now,” he said. “In the mid-1960s, James Peebles realized the importance of cosmic radiation. Over the next two decades, he developed new theoretical tools, and used them to uncover the dark components of our universe.”

Danielsson then moved on to explain the other half of this year’s prize.

“Michel Mayor and Didier Queloz focused on what is the most important to us,” said Danielsson. “The sugar in the cup.”

“In October 1995, Michel Mayor and Didier Queloz announced the discovery of an Earth-like planet orbiting a solar-type star,” said Larsson. “This was a revelation that forever changed our view of the Earth’s place in the universe.”

Mayor and Didier found the planet by observing what Danielsson called an anonymous star in the constellation Pegasus. They noticed a subtle change in the color of the parent star, as it wobbled due to the gravitational pull of the orbiting planet. Since their discovery, thousands more exoplanets have been discovered by the astronomy community.

Half of this year’s Nobel Prize in physics, totaling 9 million Swedish krona (more than $900,000), will go to Peebles, and the other half will be split between Mayor and Queloz.