The etymological root of the word links nonrepresentational art and the history of scientific publications.
Image 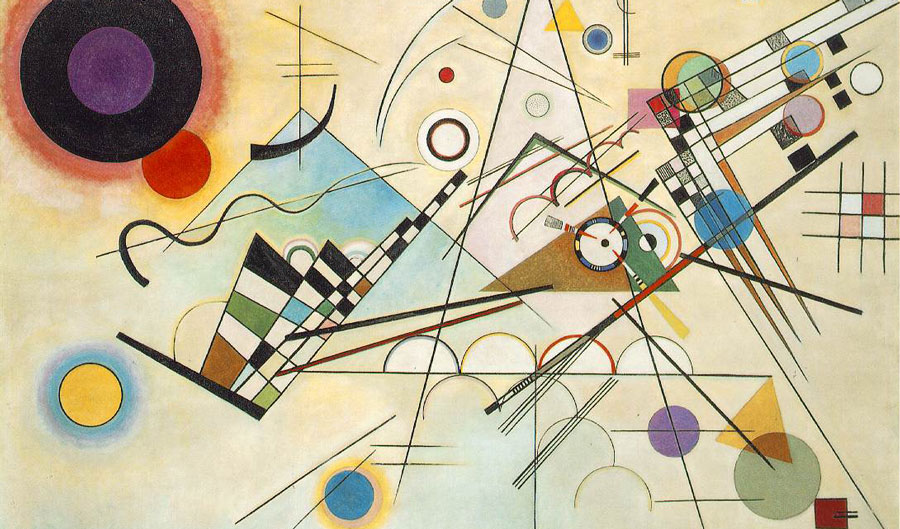 (Inside Science) -- The two meanings of the word “abstract” seem to be polar opposites of each other. One, as in an abstract painting, implies a disassociated and perhaps difficult-to-understand presentation, while the other, as in a scientific abstract, refers to a body of text that tries to explain complex research with clear and succinct language.

However, if you examine the history of the word through the ages, the two uses aren’t as different as they first appear.

As a whole, the word “abstract” conveys the concept of “drawn off from.” It fits both the idea of a scientific abstract, which contains a summary of points drawn from the body of text it precedes, and the idea of an abstract painting, which is often a symbolic representation of the ideas that inspired the artist.

The etymology of ‘synopsis’

Image taken from "The American encyclopedia and dictionary of ophthalmology," published in 1913. Animated by Yuen Yiu.

Etymologically speaking, a close relative of the word is “extract.” If you spend time in the kitchen, you may be familiar with ingredients such as almond extract or vanilla extract, which are a kind of embodiment of their parent ingredient.

However, unlike “extract,” which means “drawn out of” and often implies a product that involves removing something from its source, “abstract,” as it is used in scientific literature, carries a meaning closer to “essence” or “summary.”

Both meanings of “abstract” mentioned above, i.e., for describing a summary of points and for describing something dissociated from easy-to-grasp ideas, have been used since as early as the 14th century. Obviously, the usage of the word for describing the kind of modern art we now know as abstract art didn’t exist until the art form presented itself around the turn of the 20th century.

As for scientific abstracts, the history can be traced back to abstracting and indexing services during the earlier parts of the 1800s.

A brief history of scientific abstracts

The history of scientific abstracts began long before they appeared as an overview preceding the body of a scientific paper.

Scientific abstracts were originally written not by the study's authors, but by writers whose job was to provide short summaries of papers for other scientists who wanted to keep up with the latest research but didn’t want to read every paper that was being published.

A meeting of the Royal Society at the Somerset House in the Strand, 1843.

Around 1800, the Royal Society of London, perhaps the most prominent scientific society at the time, began using the term “abstract” to describe the summary of a paper written into the minute books by the secretary after a paper had been read aloud at a meeting.

Many of the papers presented at the meetings were also published in the Royal Society’s main journal, Philosophical Transactions, the oldest scientific journal, whose first issue was published in 1665. At the turn of the 19th century it was published biannually. In 1830, the Royal Society published “abstracts” of papers printed in its Philosophical Transactions dating back to 1800. According to Aileen Fyfe, a historian of science from the University of St. Andrews in the U.K., some people by that time began to think that there should be a more efficient way to communicate scientific discoveries.

By the late 1800s, several so-called abstracting journals were regularly publishing relatively short summaries of scientific papers. Acting like shopping catalogs for scientific papers, they played an increasingly significant role in the promotion and communication of science. This provided an incentive for journals to begin asking authors to include a short summary along with their paper.

The practice became more commonplace in the 20th century. For example, the earliest instance of an abstract accompanying an article in the archives of Physical Review, the oldest journal published by the American Physical Society, appeared in a 1919 paper On the Irregularities of Motion of the Foucault Pendulum.

(Inside Science would like to thank historians of science Aileen Fyfe from the University of St. Andrews in the U.K. and Alex Csiszar from Harvard University for their expert insight on this topic.)