The complex dynamics of spinning tops, such as dreidels, allow for bewildering designs and handy physics demos.
Image 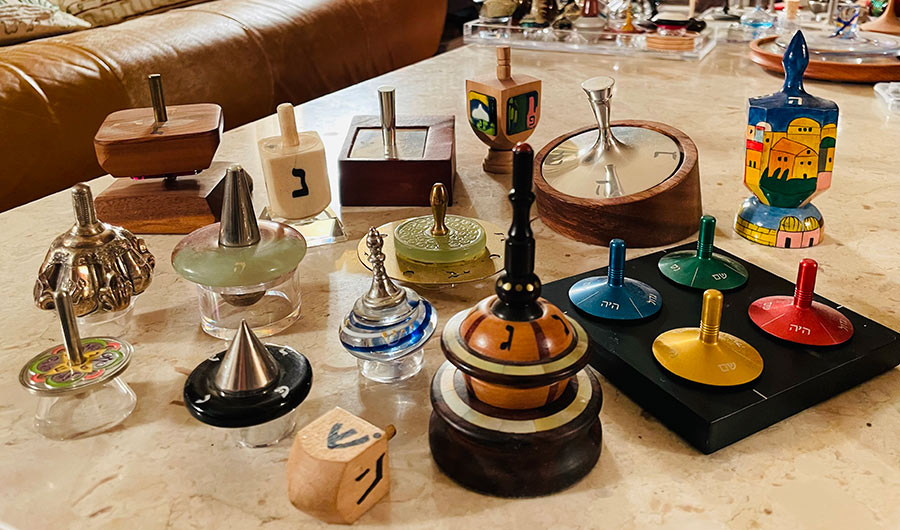 A small fraction of Brecher’s personal dreidel collection. His favorite top is the hand-carved wooden globe in the front.

(Inside Science) -- Like millions of people around the world, myself included, Kenneth Brecher grew up spinning dreidels and gambling chocolate money this time of year at his local synagogue. In his youth, the age-old tradition was little more than a game to Brecher.

"I would say I had never mentally connected dreidels with physics -- I swear to God," he said.

These days, Brecher sees the spinning tops as something more profound: a testament to the complex dynamics of classical toys and a valuable illustration of important physics concepts.

Dreidels, like all spinning tops, make use of angular momentum to defy gravity -- hugging their vertical axes as they rotate. As friction slows down its spin, the dreidel’s center of mass leans outward, creating an orbital effect called "precession."

Similarly, "all stars, planets and essentially every astronomical object is spinning," and their motion is governed by the same processes as tops, Brecher said. As an astrophysicist at Boston University, Brecher studied the spin properties of neutron stars, the dense remnants of supernova explosions.

Neutron stars rotate rapidly -- up to 716 revolutions per second. As they spin, the magnetic poles generate large electric fields, accelerating nearby particles, which send out beams of light across the cosmos, the theory goes. We pick up signs of these radiating neutron stars in pulses of light as their revolving spotlight hits our planet.

Sometimes the consistent flicker skips a beat. In the 1970s, Brecher was among the first to attribute a neutron star's irregular pulsing to precession -- the wobble in its spin. To illustrate the concept of precession for his undergraduate students, Brecher started building model tops.

But what started as a handy analogy for the astrophysicist spiraled into a lifelong obsession. Now a retired physics professor, Brecher designs, builds and sells mathematically optimized tops, which he enhances with special dimensions to exploit their funky physics.

As he toyed with their properties, Brecher realized that spinning tops are far more complicated than one might expect.

"They're one of plenty of classical dynamics problems that are actually very difficult," he said.

In the late 19th century, two German physicists attempted to publish a brief account of the physics of spinning tops. After 14 years of calculations, "they published four volumes, and it's 1,000 pages. And they couldn’t do anything except trivial tops," Brecher said.

The spin of a top depends on its friction, mass distribution, density and shape. Small alterations to these properties have large consequences for the toys' dynamics, making them incredibly difficult to model analytically -- but also offering clever engineers plenty of opportunities to upgrade the classical dreidel design.

By testing dozens of 3D-printed iterations, Brecher finds the perfect shape and size to make his tops defy expectations. His PhiTOP, for example, has just the right dimensions to rise from horizontal to vertical while spinning (just like a hard-boiled egg). His most recent DeltaCELT top -- presented at the 2021 Bridges Conference -- is slightly asymmetrical, causing it to stop, rattle and reverse direction if spun clockwise.

To optimize a top, you want to minimize friction and maximize density, but you also want to distribute mass away from the central spin axis. A pencil, for example, won't spin for long on its own. But attach a paper plate at the right height, and you've got yourself a top.

That's the main problem with traditional dreidels -- their four-sided body is tightly packed around the spinning axis. "Gee, they're not great tops," Brecher said. "They're always meant to fall over; that's the whole point."

That said, his extensive dreidel collection does include some "utterly magnificent tops with beautiful physics."

To Brecher, spinning tops are more than toys. "I like to call them scientific curiosities and wonders," he said.

Optimized or not, the gambling toys offer us more than golden chocolate. They provide a window into the miraculous world of physics. 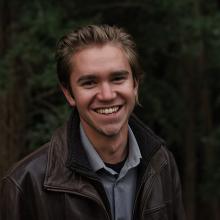