Are Left Handers' Brains More Resilient To Damage From Strokes? 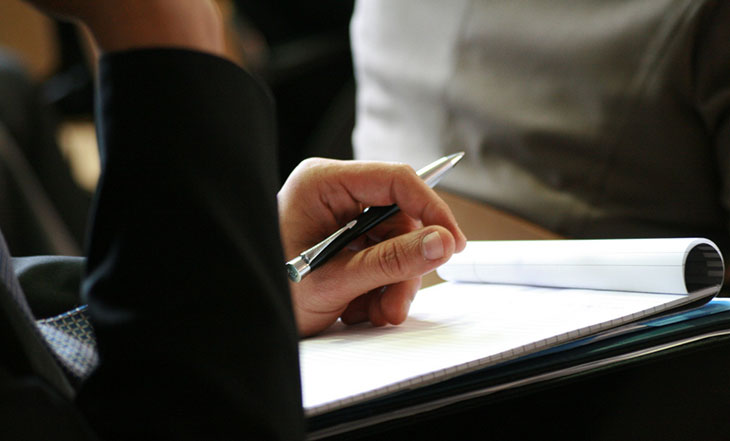 (Inside Science) –– In the ephemeral space between feeling drowsy and drifting into dreamland, scientists have found that even a healthy brain mimics one of the most common aftereffects of a severe stroke: When we're sleepy, most of us are less able to locate objects and sounds in the space around us.

An acute injury to one side of the brain has a similar effect: It can cause patients to ignore information from the opposite half. After a severe right-side stroke, for example, recovering patients may miss seeing food on the left half of their plate, or fail to shave one half of their face. Most people recover from this condition, known as spatial neglect, if a stroke affects the left brain hemisphere, but it can remain chronic in right-side stroke sufferers.

The brain network affected, known as the ventral attention network, is located in the right hemisphere in right-handed people, but is more spread out in southpaws. Scientists wondered if left handedness, with its different arrangement of brain networks, played a part in how well people recovered from spatial neglect after a stroke.

In the past, it's been difficult to test whether handedness might affect recovery from a stroke because an overwhelming majority of research studies recruit right-handed participants.

"We tend to exclude left handers from a lot of our studies because we don't know how to interpret the issue of handedness on performance, so we kind of stay with right handedness," said neuroscientist Mark Mennemeier of the University of Arkansas for Medical Sciences, in Little Rock.

However, since spatial neglect also shows up in healthy people – and gets worse with drowsiness – researchers at Cambridge University in England devised a clever workaround. In a series of studies, they tested measures of spatial neglect that could be assessed in healthy right- and left-handed volunteers.

"Neglect is often seen as a very abnormal pattern of performance related to brain injury," said Mennemeier. "But the more you study these issues in normal subjects, the more likely you are to find them. What we've learned over time is that neglect almost represents an exaggeration of some of the subtle biases you see in healthy people."

So rather than focusing on stroke sufferers, Corinne Bareham, formerly at Cambridge University but now a postdoctoral brain researcher at the University of Queensland in Australia, and her colleagues turned to healthy volunteers. They asked subjects to relax in a dim room with their eyes closed. The researchers used EEG recordings to monitor when people started to drift off, and at the same time, played a series of tones from different directions and asked subjects to identify whether the sound came from their left or right.

Drowsy right handers were more likely to misjudge tones originating from the left, but left handers did not show this tendency. The difference could stem from the differences in how the ventral attention network, which controls our alertness and attention to external stimuli, is spread across our brains. Their results with left-handed participants, published last month in Scientific Reports, suggest that southpaws may be protected from one of the common after-effects of a severe stroke due to differences in their brain networks.

"Putting together a sample of left-handed people and creating a paradigm that allows us to look at a pathological condition in a healthy human brain is a tremendously creative approach," said psychologist Ian Robertson of Trinity College at the University of Dublin in Ireland.

These results are the first to suggest that factors linked to handedness might make some people more resilient to the effects of a stroke, according to Bareham.

In addition to handedness, the study also reiterates the crucial connections between alertness and the capacity to focus our attention on a stimulus, whether it's food on a plate or the source of a sound, she said.

Even in injuries that are not confined to one hemisphere or the other, alertness still plays a very important role in compensating for a loss of function.

"Alertness is very often not taken into account as a critical variable," said Robertson. "But it's important to understand the role of alertness in helping the brain organize itself and recover from brain damage."

Apart from the ventral attention network, many other brain functions tend to be located more in one hemisphere than the other. Ninety-five percent of right-handed people, for example, have language centers located in the left hemisphere of their brain. When similarly functions associated with one hemisphere are impacted by a brain injury, it's difficult for the opposite half to compensate, said Robertson. Whereas if a capacity shared by both parts of the brain, then losing part of the network is less damaging, he added.

Jyoti Madhusoodanan is a science writer based in San Jose, California She tweets at @smjyoti.

Editor's note: The original story misidentified the affiliation of Mark Mennemeier. He works at the University of Arkansas for Medical Sciences, in Little Rock. We regret the error.