How can we wrap our minds around the truly wicked problem of climate change?
Image 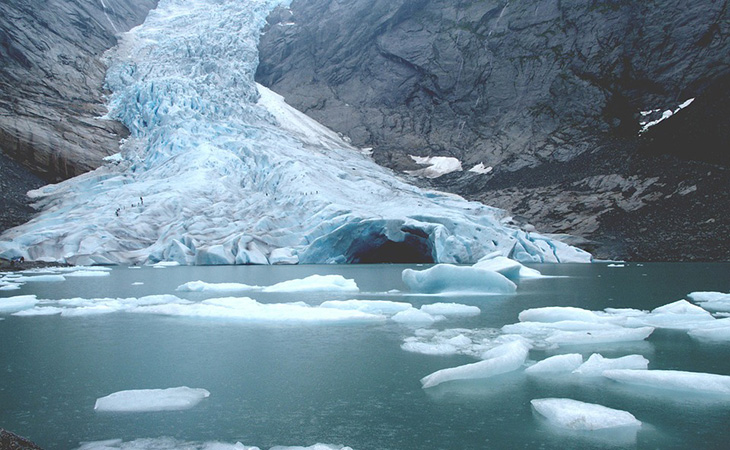 (Inside Science Minds) -- Make no mistake: climate change is the environmental problem of this century. Arctic sea ice is melting, along with land-based glaciers and ice sheets. Sea levels are rising, threatening the security of hundreds of millions of people living in coastal regions, and ocean acidification is disrupting important ecosystems and food chains. These issues are just a few of the many that make the problem and its solution the quintessential challenge of the 21st century.

Yet, critical questions linger. Can we say with confidence that climate change is increasing the frequency and intensity of extreme weather events, including prolonged drought in some regions and torrential rains and flooding in others? Are water resources and agricultural production being impaired? Will related stresses weaken already fragile governments, creating political instability and mass migrations of climate refugees? Although these issues are complex, mounting evidence suggests that they represent real threats to human kind and the natural environment.

Actions must be taken to limit the impact of these threats. But determining who should act and how is not a trivial task. Inherent complexities make climate change unlike any other environmental problem. Because it is evolving over longer time scales of decades to centuries, it is easy to be complacent about appropriate responses. And, unlike other problems for which adverse effects are solely attributable to human activities, climate change is complicated by competing anthropogenic and natural drivers. Lastly, the problem is not local, regional, or even national. It is global.

These factors make it difficult to accept that climate change is a problem, much less to agree on solutions. Economic and political implications add other layers of complexity. The costs of curbing and managing the effects of climate change will be large, and achieving consensus on what to do and how to pay for it is politically contentious.

But, there's no doubt that the Earth is warming. Since onset of the Industrial Revolution, its average surface temperature has increased by about 1 degree C, half way to a 2 degrees C threshold beyond which the effects on climate may become unmanageable. And, there's no doubt that warming is due to human activities.

The Industrial Revolution marked the emergence of fossil fuels, which have since driven economic development and today comprise more than 80 percent of the world's primary energy supply. While fossil fuels have done much to elevate living standards, particularly in developed nations of the West and more recently in developing nations of the Far East and Southern Hemisphere, they are hydrocarbons that, when burned, release carbon dioxide to the atmosphere. Its accumulation, along with other greenhouse gases such as methane, nitrous oxide and hundreds of synthetic chemicals, are the principal drivers of warming and climate change.

In a recent book on climate change, I consider actions that must be taken to curb global warming.  There are three critical instruments: technology, public policy, and global cooperation on a scale that is unprecedented in human history.

There are two major technology thrusts that must proceed in tandem: the efficiency of every aspect of energy production and utilization must be increased, and the world's energy portfolio must transition from the use of fossil fuels to carbon-free sources of energy.

Governments can support these efforts through policy instruments such as investment and production tax credits, renewable portfolio and fuel economy standards, and a tax on carbon emissions.

Although global cooperation is essential, for more than 20 years it had been difficult to achieve. However, the recent meeting of the United Nations Conference of Parties in Paris provided cause for cautious optimism. A major catalyst was the agreement struck in November 2014 between the United States and China to curtail their emissions. The agreement triggered subsequent commitments by 187 of the 195 nations in attendance. Another positive outcome was the extent to which global businesses committed to reducing their emissions. Yet, even if all commitments were met, emissions would continue to increase, and the 2 degrees C threshold would be exceeded.

Nevertheless, the Paris meeting may be a turning point. For the first time, developed and developing nations collectively committed to addressing climate change, and the bonhomie may well spur additional commitments that will reduce emissions to acceptable levels. But, what happens after the meeting is extremely important. All commitments are nonbinding, and in each nation political and economic considerations will affect the extent to which they are implemented.

For the moment world economies are inextricably linked to fossil fuels, and it will not be easy to disengage. Developing economies such as China and India will continue to rely on coal -- the world's principal source of carbon emissions -- as they attempt to elevate living standards for hundreds of millions of people. And, the world's population is increasing, with two billion more inhabitants projected by 2050. Even developed nations such as Germany and Japan, prompted by lack of popular support for nuclear power, have increased their use of coal. And, in the United States, the President's Clean Power Plan, which is designed to reduce power plant emissions, faces significant political resistance.

How will the world reduce its emissions while sustaining economic development, particularly in Asia and the Southern Hemisphere? When there are conflicting concerns for the environment and the economy, the latter often trumps the former.

And, threats to the economy may run deeper. To reduce greenhouse gas emissions to safe levels, even the most successful technology, policy, and geopolitical outcomes may have to be augmented by changes in human behavior and expectations -- changes marked by the need for people in the West to moderate their consumption and for those in the developing world to moderate their aspirations. Although moderation is not incompatible with achieving a good standard of living, it is incompatible with an economic model that depends strongly on consumption. In a consumption-driven world, it remains to be seen whether such changes can be made.

Frank Incropera is the H. Clifford and Evelyn A. Brosey Professor and Matthew H. McCloskey Dean emeritus in the College of Engineering at the University of Notre Dame. He is author of the book, Climate Change: A Wicked Problem – Complexity and Uncertainty at the Intersection of Science, Economics, Politics and Human Behavior.