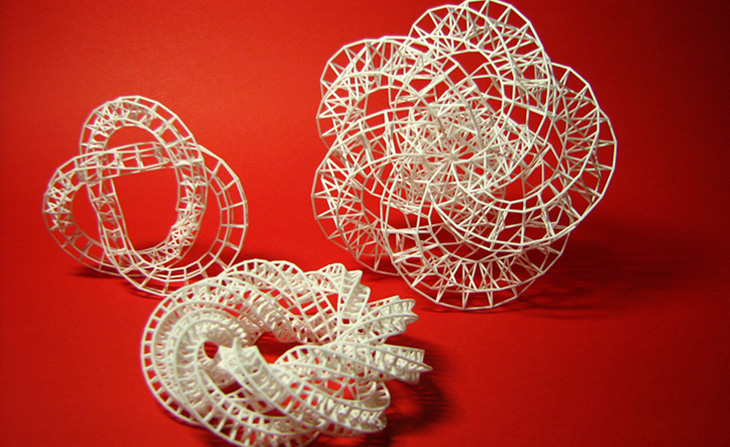 (Inside Science) – Knots are everywhere, from laces of shoes to stitches that seal cuts. Sailors and others have known since antiquity that some knots are stronger than others, but such knowledge came largely from intuition and tradition, rather than a fundamental understanding of what makes knots strong.

Now, experiments with wires have helped scientists develop an equation explaining the forces involved within one of the simplest knots around, the overhand knot. Such work could one day lead to a better idea of what knots work best for given applications, such as the stitches used in surgery and the steel cables used in construction, the researchers said.

"Now we can understand the basic principles underlying overhand knots, which are the most basic type of knots used in our everyday life," said study lead author Khalid Jawed, an engineer at MIT in Cambridge. "This can serve as a starting point to investigate the mechanics of more complex type of knots."

Minor differences in the way knots are tied can lead to major differences in strength. Imagine taking a rope, crossing both ends left over right, and then bringing the left end under and out, as if tying a pair of shoelaces. Repeating this sequence results in the relatively weak granny knot. But if one instead crosses the right end over the left, the result is the stronger reef knot.

Developing a scientific model of how a particular knot will perform has proven challenging because sharp turns generate forces that are difficult to calculate. Although straight rods and other linear structures often behave in a straightforward manner, twisted nonlinear structures can behave in unpredictable ways.

To avoid the extra complications involved in sharp turns, previous research exploring knot behavior analyzed simple cases, such as a rope wrapped several times around a rod and locked in place by friction. However, such structures are not true knots.

The new work experimented with knots made in metal wires. The stiffness of those wires kept them free of sharp turns. This simplified geometry helped reveal how a knot's configuration and the forces within it are related.

The wires were made of a hyper-elastic nickel-titanium alloy known as nitonol. The researchers experimented with the simplest overhand knot, the trefoil knot, made by creating a loop in the middle of a rope and then passing one end of the rope through the loop. Passing the rope through the loop more than once leads to longer braids with more twists.

The scientists clamped one end of each braid to a table and measured the amount of force a mechanical arm used to pull the knot tight. They found that a knot with 10 twists needed roughly 1,000 times more force to close than a knot with just one.

These findings contradicted previous research from study co-author Basile Audoly, a physicist at Pierre and Marie Curie University in Paris, and his colleagues, who modeled overhand knots with just one or two twists. The new work revealed that for simple overhand knots with few twists, the effects of friction can largely be ignored. However, the more twists there are, the more friction plays a role, explaining why a knot with more twists is so much more difficult to tighten than a knot with fewer twists.

"This kind of research sometimes seems silly because it is cast in the form of tying your shoelaces," said theoretical physicist Christian Santangelo at the University of Massachusetts Amherst, who did not take part in this research. "But we know that friction isn't really well understood, especially when something complicated happens. The fact that the result is encapsulated in a single equation is downright amazing."

The scientists now plan to study more complex kinds of knots, perhaps including ones with sharp turns. They detailed their findings September 11 in the journal Physical Review Letters.