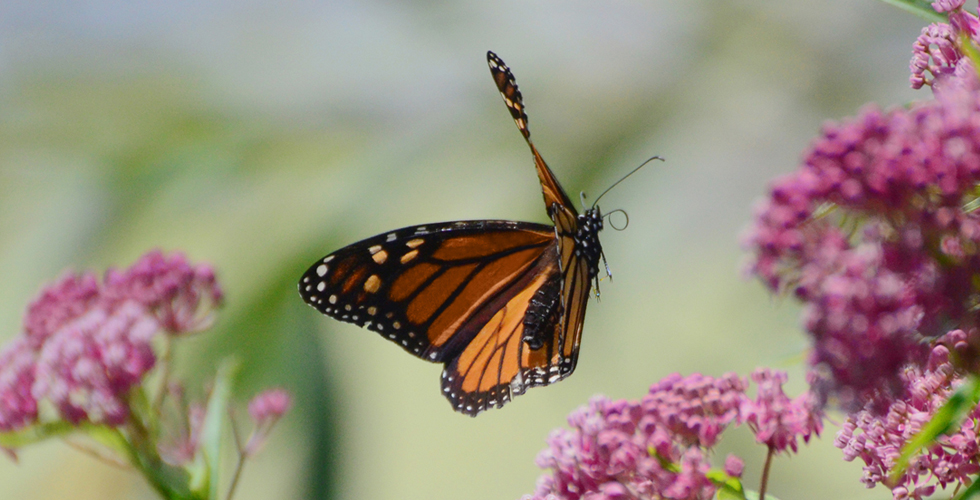 (ISNS) – Flapping and flitting butterflies have long inspired poets, singers and even boxers. Now their motions are inspiring researchers to understand how winged insects get from place to place.

"As the phrase 'float like a butterfly' shows, butterflies elegantly fly around," said study author Naoto Yokoyama, an assistant professor in aeronautics and astronautics at Kyoto University in Japan. "We would like to understand how they fly in the viewpoint of the fluid dynamics."
Yokoyama and his colleagues created numerical simulations of a butterfly's forward flight. They modeled a chestnut tiger butterfly as four rigid bodies: a football-shaped thorax that lies between the head and the abdomen, the abdomen, and left and right thin, flat wings.
The researchers ran three different simulations of this mathematical butterfly, and found that the insect used the forces from teensy whirlpools in the air created during each flap of its wings to create lift. They noticed that the butterfly's flight was bumpy as it moved through the air, with lots of ups and downs as it pushed itself forward.
There were some surprises in the tiny flows of air surrounding the butterflies. "The flow around the butterfly is much more turbulent than expected," says Yokoyama.
The researchers surmised that the minute bumpiness of the air causes butterflies' signature flit, and also may help protect them against predators – the more they duck and weave, the harder it is to catch them. The research was published earlier this year in the journal Physics of Fluids.
Ty Hendrick, a biologist at the University of North Carolina in Chapel Hill, says that the research matches what has been noticed in the real world. "Butterflies appear more unstable than most other insects, and other available evidence suggests that their erratic flight paths are an anti-predator mechanism as the authors note," he said. "Toxic or distasteful butterflies are known to have smoother and or slower flight paths than edible varieties."
Hendrick said the new research does well to combine state-of -the-art computational fluid dynamics with 17th-century Newtonian mechanics for a flapping animal. "The main missing component from the simulation is including the changing shape of the butterfly's wing. This is known to improve flight efficiency and might also have helped stabilize the forward-flying butterfly," he said.
Cameras help uncover the mysteries of flight
Simulations are helpful, but so is direct observation when it comes to understanding insect flight. Tiras Lin, an undergraduate researcher at Johns Hopkins University, is working on a project similar to Yokoyama's to better harness the power of fluttering flight.
Lin said that the mysteries of insect flight – how a Monarch butterfly is able to make a 90-degree-turn in a distance shorter than its body size, or a fruit fly is able to easily land upside down on a ceiling -- have confounded researchers for decades.
Lin has been using high-speed video, along with dissection, to observe the movement of lightweight wings on a butterfly. Through dissection, the researchers estimate the masses of the various parts of the insect body -- including the head, the body, and the wings.
For the experiments, the researchers keep Painted Lady butterflies in a glass aquarium that is illuminated intensely with multiple bright lamps. Three high-speed cameras with close-focusing lenses captured videos of the butterflies' maneuvers. The researchers record 3,000 frames per second because the butterfly flaps its wings approximately 20 times every second.
"This data allows us to mathematically document the motion of the wings and body of the butterfly," said Lin. So far, he says that the wings seem to play a big role in the physics of flapping flight.
"Athletes such as ice skaters and divers move their arms and legs around in order to modify the spatial distribution of their mass; this influences their maneuverability, and specifically, the rotation of their body," said Lin. "Through our research, we believe that it is possible that an insect may be able to do something similar with its wings and body."
Lin and other researchers are looking at ways that butterfly flight could help design the next generation of micro-aerial vehicles, to carry out reconnaissance missions or monitor the environment.

"One area in which micro-aerial vehicles are currently lacking is maneuverability, and due to the small size of modern designs, there is much that can be learned from the flight dynamics of insects such as butterflies," said Lin.