Only the biggest waves can stir up warm water in ocean depths.
Image 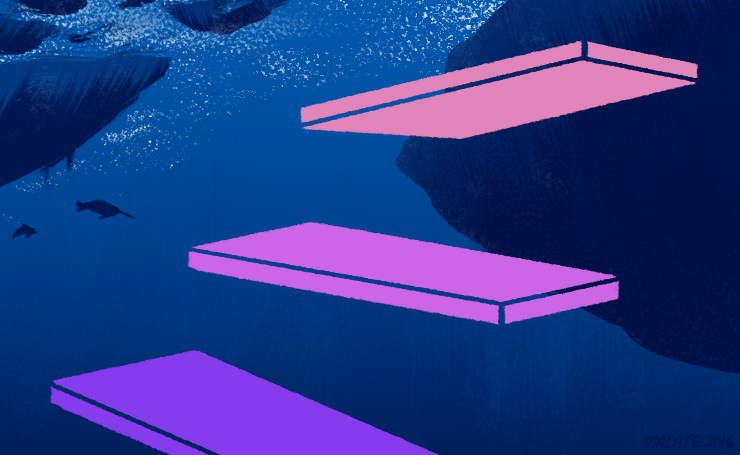 (Inside Science) -- The ocean's largest waves can stretch for a hundred miles. But it's the way they undulate below the surface that plays a key role in global ocean circulation.

In the Arctic Ocean, a storm could trigger these internal waves to travel downward and stir up a deep reservoir of warmer water, driving it upward where it could melt sea ice -- adding to a vicious cycle of melting that accelerates global warming.

This warmer water, which flows in from the Atlantic, is still a frigid 1 degree Celsius. But that's about three degrees warmer than the water touching the sea ice. You can find these deep reservoirs of warmer water in other oceans, but they're more likely to exist in the polar regions.

"If you take all the heat that's stored in that layer, that's more than enough to melt all the ice in the Arctic," said Tom Peacock, an oceanographer at MIT in Cambridge, Massachusetts. "If you now are creating a mechanism by which you can bring this heat up to the surface, then that's something of concern."

But in some regions of the Arctic, layers of water with different densities might stand in the way. These layers, called a density staircase, can block internal waves and prevent them from reaching the warm water below, which flows in from the Atlantic. But to what extent that happens is still a mystery.

Now a new analysis suggests that only the biggest internal waves can get through to the deep, warm water.

"The good news is, because that staircase exists, and unless you have a really big storm creating a really big wave, it does look like the staircase will shield the bottom of the ocean from these waves," said Bruce Sutherland, a physicist at the University of Alberta in Canada. He recently described his analysis in the journal Physical Review Fluids.

Like a wave on the ocean's surface that forms where the air and water meet, an internal wave can develop at the point where two layers of water that have different densities meet. If there's a storm, wind can push down on the water's surface, generating internal waves that can also push downward.

But internal waves can only travel vertically if the water they travel through has a continuous change in density. If the waves suddenly encounter a thick layer with a different density, then they reflect back up.

The question is whether the density staircases in the Arctic, which consists of layers up to tens of meters thick, can stand up to the internal waves. If not, then this process could feed into a cycle of continuous ice melting. The more ice that melts, the more ocean area is exposed to storms and winds, which can then create more internal waves that trigger yet more melting.

Ice reflects 80 percent of sunlight while the ocean absorbs up to 90 percent of sunlight. Less ice cover makes the planet vulnerable to more heat from the sun's rays, which accelerates global warming. Receding ice also has serious impacts on local habitats, ecosystems, and indigenous communities.

Previously, Peacock and others used computer calculations to find that density staircases can play a role in stopping internal waves in the Arctic. But now Sutherland has expanded on that analysis using computers and old-fashioned pen and paper to come up with equations that describe how staircases with different properties and thicknesses can hinder internal waves.

The formula assumes a more idealized situation -- for example, the density layers must all have the same thickness -- but they allow you to plug numbers and get an answer.

"That's where I can make a quick prediction that if a staircase is at this depth, this is what gets through," Sutherland said.

He found that waves with a horizontal wavelength longer than about 30 miles go right through the staircases. But those with wavelengths less than about 1,000 feet bounce back up. For waves in between, it depends on the specific size and properties of the waves and layers.

Storms can be about a 100 miles wide, Sutherland said, so they'll easily make internal waves big enough to penetrate the layers.

"The good news is that the smaller squalls and little pulses in the storm that create waves on the order of a few hundred meters -- those ones aren't a worry," he said.

But there's more to the problem than just density staircases.

"While this is an important issue and we need to understand how energy is transmitted throughout the full water column, this is only one aspect of it," said Mary-Louise Timmermans, an oceanographer at Yale University in New Haven, Connecticut. For example, she explained, in some regions of the Arctic Ocean, warm water sits above these stratified layers, so internal waves can mix up the warm water regardless of the staircases.

And this process is just one of many factors that melt Arctic sea ice. "It's complicated," Sutherland said. "It's not just an issue of these waves." 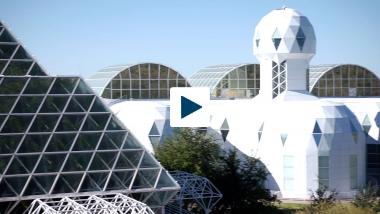 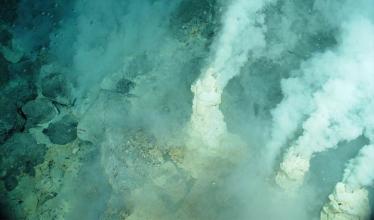