New insights may help with new treatments for cataracts and other illnesses.
Image 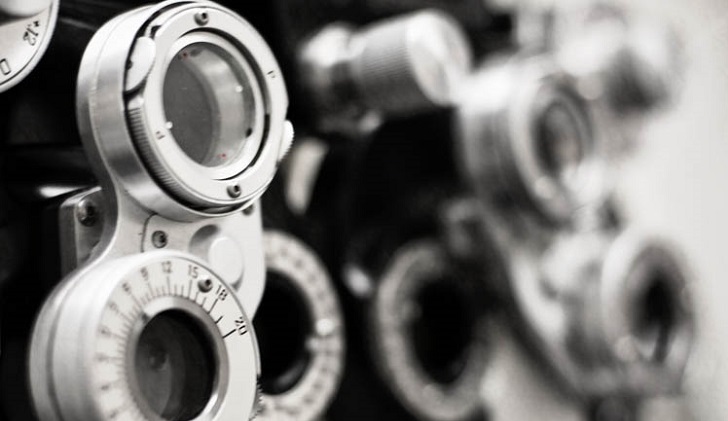 (Inside Science) -- Nearly every cell system in the body has a garbage man -- cells whose job it is to take out the trash and gobble up dead cells before they start to cause problems.

The eye lens -- an environment that has no blood supply and whose cells exist for a person's whole life -- was thought to be a different story. But now, researchers have figured out how the eye lens sheds unwanted cells.

"You're looking through cells you made as an embryo right now," explained Marc Kantorow, a biologist at Florida Atlantic University in Boca Raton, adding that cells in the eye's core last for a lifetime, though the lens continues to grow for life. Wildlife biologists often weigh the eye lens to determine the age of an animal.

The lens is special in other ways, too: it lacks protective pigment to shield it from ultraviolet light, and also lacks a blood supply to bring blood cells in or out. When cells bombarded by ultraviolet light eventually become necrotic (better known as dead), the lens needs a way to get rid of the material.

The researchers theorized that eye lens cells could act like blood cells and phagocytize -- eat up the dead material, digest it and make it non-toxic, Kantorow said.

Using embryonic chicken lenses, the researchers set out to find the molecular mechanism that made the system work. They created cells that produced red or green glowing proteins, and killed off some of the green cells. Watching and tracking which cells ate the green cells, they also used antibodies to figure out which molecules were needed for the cells to eat each other.

They also found that the very molecules lens cells use to get rid of dead material are damaged by ultraviolet light.

"You'd accumulate these cells and that would kill the lens cells, but with long-term exposure to UV light, damage the very system you need to defend against it," said Kantorow, senior author of a new paper describing the mechanism. The research was published last week in the Journal of Biological Chemistry.

The new insight into eye lenses may help with new treatments for cataracts, which are the most common cause of vision loss in people over 40 and the principal cause of blindness in the world. More than 30 million Americans are expected to have cataracts by 2020, according to the non-profit group Prevent Blindness America.

Kantorow said that most people develop cataracts after about decades of exposure to ultraviolet light, but the effects can be quicker for people in high-altitude environments or fishermen who have to deal with reflections off the water.

"The only really good association for who will develop cataracts is UV light," he said.

The easiest way to avoid getting too much ultraviolet light in the eyes is to wear sunglasses, but there may be more biotech-driven answers in the future.

"Theoretically, you could augment the function or amount of molecules needed for phagocytosis [cell-eating]," he said. "You might be able to do it with a drug, or using gene editing to express the protein in the lens."

One of the neat things about any treatment for the lens is it's very easy to access -- it's right behind the cornea, making it simple to reach without disrupting other parts of the body, Kantorow added.

Ales Cvekl, a vision science researcher at Albert Einstein College of Medicine in New York City said the new work provided clues to prevent cataract formation that could eventually aid the self-cleaning process using drugs that can be delivered to the lens by eye drops.

"In addition, better understanding of cellular components of this pathway can aid in the identification of genes underlying aging of the human lens," he added. The study could also help to untangle interactions between skin and UV light, a major factor in skin cancer, Cvekl said.

Kantorow agrees that the work has implications larger than the eye. He said that researchers are beginning to understand how cell populations turn over and are maintained in all kinds of cells.

"How do cells self-police their communities?" he asked. "They are soliciting each other to maintain an overall healthy population." Understanding how it works in a healthy system and a dysfunctional system could help stop the very origins of cancers, and have implications in other diseases.