A university in Texas is trying to build the most powerful laser in the world.
Image 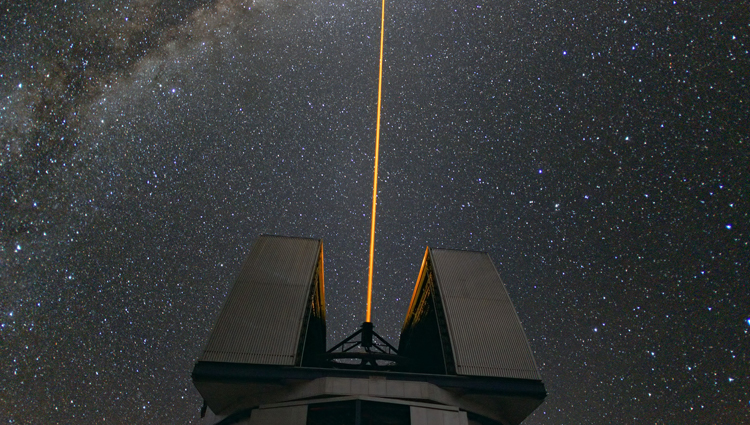 (Inside Science) -- Producing a laser with a power of a terawatt -- equal to one trillion watts -- used to be impressive, but now the forefront of optical research power is measured in 1 quadrillion-watt units known as petawatts. But even that much power isn’t good enough for physics professor Todd Ditmire at the University of Texas at Austin.

Ditmire plans to build an exawatt laser with a power equivalent to 1000 petawatts. But such a super-laser is still years away from actual development. In the meantime, Ditmire already has the most powerful laser in the world.

To get a sense of how much power an exawatt contains, compare it to a typical  filament light bulb consuming about 100 W of electricity. The capacity of the entire U.S. electrical grid is about 10 billion times more than this, or about 1 terawatt. So the entire grid could supply enough energy to continuously power 10 billion 100 W light bulbs. A petawatt is 1,000 times more power than that, and an exawatt is 1,000 times greater than a petawatt.

Ditmire's laser does not produce more power than the entire U.S. electric grid. However, the laser does achieve the highest peak power an instant at a time. His method is to deliver a modest amount of energy over a period of less than one-trillionth of a second. It's only during that blink of time that the UT Austin laser is actually more powerful than the entire grid. Ditmire uses a technique known as chirping to stretch out the length of time that the brief pulse of light is created. This longer pulse is amplified to higher energy, and then re-compressed to a shorter duration, squeezing energy down into a very potent bundle.

The main research uses for the Texas Petawatt Laser, as it is called, is to produce thermonuclear fusion, a process that many engineers would like to harness for the process of making commercial generators of electricity. Other configurations use the laser's power to strike targets that release neutrons that can that can then be used for biomedical or nanotech research.

To reach the next goal, laser's with exawatt powers, Ditmire hopes to combine largely existing laser technology and his already-tested short pulses with new laser glass materials that would allow amplification up to higher energies, but he estimates that building an exawatt laser might take 10 years.

The year 2010 marks the 50th anniversary of the invention of the laser, a development being marked by LaserFest events that emphasize the importance of lasers at numerous scientific meetings all year. Laser devices are valuable since they can concentrate a lot of light energy into a tiny spot and send light beams in very straight lines, making possible things like laser surgery, laser surveying, and laser pointers.