Mice Deprived of 'Love Hormone' Sit Alone in the Cold

Oxytocin-deficient animals point to deep links between social behavior and the need to keep warm.
Image 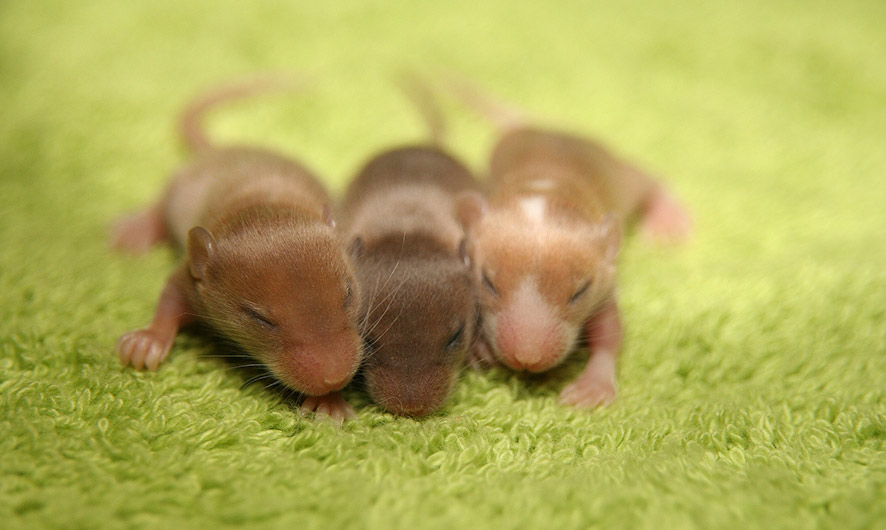 (Inside Science) -- Perhaps it's not coincidence that Valentine's Day falls at a chilly time of year. In biological terms, social drives like love may be bound up with the need to keep warm.

The same hormone, oxytocin, helps regulate both physical and emotional warmth, increasing body heat and facilitating social bonding. And according to recent research, baby mice deprived of the hormone are less likely to cuddle with other mice or crawl toward heated surfaces.

"We're working with infant mice, but some of these mechanisms may be relevant to understanding adults, including adult humans," said Christopher Harshaw, a behavioral neuroscientist at the University of New Orleans and first author of the study, which was published last year in the journal Hormones and Behavior.

More Romantic Stories from Inside Science

The Scent Of A Flower

Oxytocin has been nicknamed "the love hormone" for its role in social behavior and emotion. Studies suggest it can promote trust, generosity and empathy in humans, and it is involved in bonding between mothers and babies and between romantic partners.

Oxytocin's real role in human sociality is more complicated, said Zoe Donaldson, a neuroscientist at the University of Colorado Boulder. In certain circumstances, it can also promote negative feelings such as jealousy and schadenfreude. Some researchers now think it functions as a "social booster," amplifying people's reactions to any social situation, said Donaldson. Thus, if someone is being bullied, oxytocin might make them feel even more traumatized, whereas if they are kissing a lover, its presence might enhance that romantic glow.

The effects differ between species, since different kinds of animals have receptors for the hormone in different parts of their brains, said Donaldson. But in general, oxytocin appears to help regulate how animals feel when they're together.

Oxytocin is also important for physical processes such as birth, lactation and temperature regulation. It allows mice to activate a heat-producing tissue called brown fat, and it may reduce heat loss by constricting peripheral blood vessels.

Huddling is where oxytocin's social and thermal sides come together. Animals that huddle with one another are obviously being social, but in many cases they are also conserving precious body heat. Past studies have shown that marmoset monkeys and various rodents huddle more when dosed with oxytocin.

To further explore this phenomenon, Harshaw and his colleagues studied baby mice, which are tiny, bald and highly vulnerable to cold. Some of the mouse pups were normal, while others had been genetically engineered to lack oxytocin. The mice were otherwise similar, and the researchers took care to compare mice with matching body weights.

When the researchers lowered the temperature in a mouse enclosure, the oxytocin-deficient pups showed less brown fat activation, and their bodies grew significantly colder than those of normal mice. One might think that would make them even more eager to find external heat sources. But while the normal pups quickly clumped together, the oxytocin-deficient pups failed to form cohesive cuddle puddles.

Of course, the oxytocin-deficient mouse pups might have been alone because no one wanted to snuggle with them. Studies with mice and rats suggest that warmer individuals are more popular with their fellows, while cold ones tend to be pushed to the edge of the group. But the researchers suspected there was more going on with the oxytocin-deficient mice.

"They didn't seem to be as motivated to huddle," said Harshaw. "Animals would break apart, and they would just kind of lay there."

To test their impressions, the researchers placed mouse pups at the cold end of an alley that got gradually warmer toward the other end. When mice were in groups, oxytocin made no obvious difference to their movements up the alley. But when they were placed alone on the cold surface, oxytocin-deficient pups tended to crawl away more slowly than their normal counterparts. Male oxytocin-deficient pups were especially sluggish, and they often settled in cooler spots.

"To me what that says is that it's not just that they're not particularly good at making their own body heat. They aren't even seeking it out," said Donaldson, who was not involved in the study.

Together with past research, the recent study suggests that temperature regulation and social bonding share a deep connection, said Dakota McCoy, an evolutionary biologist and doctoral student who is studying mouse huddling at Harvard University in Cambridge. In one plausible scenario, she imagines animals first evolving to tolerate each other so they can share body heat, then gradually developing other reasons to enjoy each other's company.

At first glance, the idea of getting close to someone for the sake of their body heat can seem kind of Machiavellian, admitted McCoy. But even if human love is rooted in ancient physical needs, that doesn't make the feelings any less real. And while modern adult humans rarely need to share body heat for survival, we still like to warm up in a loved one's arms.

"All I could think about as I was reading the paper was how at night, when I'm cold, I try to snuggle up next to my husband. Which is serving both of these purposes," said Donaldson.

The connection between temperature and social behavior is even embedded in human language. English speakers refer to "warm fuzzy feelings" and "warm" or "cold" personalities, and similar expressions exist in many other languages.

Jeffrey Alberts, a behavioral neuroscientist at Indiana University in Bloomington and one of the authors of the recent oxytocin paper, also co-authored a paper in 1990 that included a discussion of temperature words in several languages. The words had the same sorts of double meanings in every language the researchers looked at, including French, German, Hungarian and Finnish. Some of those languages are not considered closely related, suggesting that the linguistic associations may have arisen independently.

On some level, it makes sense that humans would assign feel-good meanings to words for warmth, said Alberts. After all, he said, most of us mammals are "warm bodies that live in a cold world."